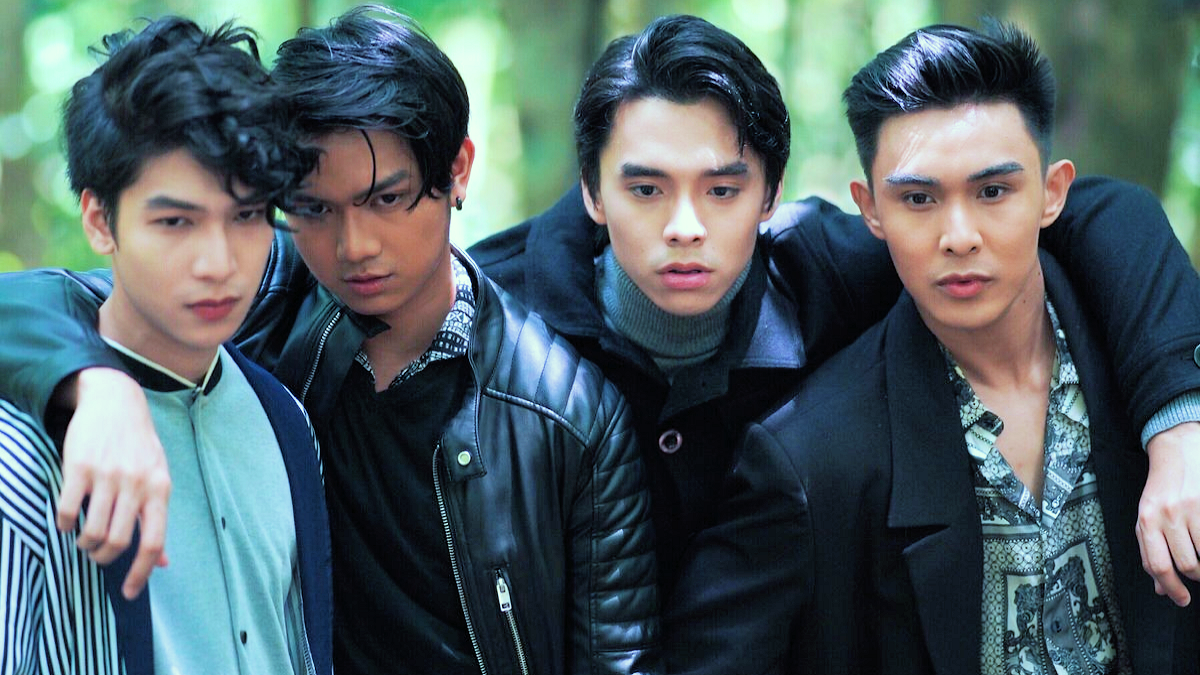 1) What inspired you to launch a BL series? What is the background story behind “Cheat the Series.”

2) Mr. Craig Lines, you are a BAFTA Award winner and have more than 30 years of experience in international drama production? What drew you to this project? What was your focal point when you decided to accept this production?

My friend and business partner Vaughn Abrasado, a strong advocate for the LGBTQ community, told me about the Boys’ Love phenomenon and asked if I’d be interested in co-creating and directing our own series for Hue TVEverywhere. I watched a few episodes of Asian BL series and told Vaughn that the style and storytelling was not my cup of tea – that the BL storyline seems over prominent. So, I agreed to create a BL series with Vaughn as long as we could make it different from the others … out of the ordinary, and with international standards. The series would have to be intense and have supernatural elements, explore darker hidden emotions, sit within the Psychological Thriller genre, and center around only eight main characters and the story occurring over five consecutive days. The Boys’ Love aspect would be an essential part of the story, and would trigger the events, and influence the behavior of the characters, and that boys being intimate with one another would be a matter of fact rather than a shock and surprise – after all, that’s how it is in real life.

I think it was timely since our neighboring Asian countries have started revolutionizing Boys’ Love into something entertaining and a platform to educate people about the LGBTQ community.

Cheat is a hybrid type of BL series that aims to go beyond merely entertaining the LGBTQ community, but also by presenting a great story that will be appreciated by everyone.

3) What are the challenges faced by both of you while directing this series?

Obviously, in my long career, I’ve had a great deal of experience in all aspects of production, so there were no new challenges. Everything has a solution, and our meticulous planning and preparation luckily covered all of the potential problems. On Cheat, we had the restrictions of COVID-19, and one of our top priorities was being safe and conforming with the rules of safe shooting. However, the guidelines were clear, and we all survived!

My basic requirements were that the actors had a good understanding of English (my Tagalog is very poor!), good teeth, and minimal tattoos – except Tuesday Vargas, whose character suited her amazing illustrations. My main requirement was that they could act – I know that should go without saying, but too often, actors are chosen for their looks and not their skills; there’s no time on set to hold hands and train people, that’s for student filmmakers. The other requirement is intelligence. Unless an actor truly understands their role, their portrayal of the character will be superficial and unconvincing. Of course, we also wanted good-looking people who suited the fictional profile, and they had to be a thousand percent committed and believe in the series. It wasn’t easy, but we really triumphed with our choices – we couldn’t be happier.

We had five stages of the auditions

– A video audition based on a given script

– Script reading with other actors

We had 830 applicants shortlisted to 14, and then Craig chose the final five.

5) Where do you get your inspiration from? Any particular Filmmaker, Actor, Artist, or Writer, whom you look up to?

Any book, film, TV show, video game, or piece of music that draws you into its world is a success and an inspiration. Creating that ‘magic’ is a process that I had striven for since I was three years old when my mother took me to the cinema to watch the Disney film, Snow White. I remember the emotions I felt, the fear and happiness, and although I couldn’t put it into words, I knew that there was a power in film – a power to influence, entertain, and educate. Here’s a list of 19 of my favorite films that have influenced me one way or another and that you should try to watch:

6) The show is majorly dependent on BL content’s hype to bring attention to LGBTQ+ equality, social causes. What are your possible expectations?

We seek not to over-hype the plight of the LGBTQ community but merely to present stories that emphasize equality by showing that love knows no gender.

7) Your series is based on supernatural phenomena and is drawing widespread attention. What is the kind of feedback that you have received from the promotion?

All good feedback! And we hope not to disappoint.

8) Any movie or drama that inspired you? Tell us more about the kind of movies you prefer watching?

I refer you to question 5!

9) Any message for the International community? What should they expect from “Cheat the Series.”

As our publicity says, Cheat is a Series Like No Other.  You must watch it from beginning to end as there are more twists, turns, bumps and grinds than a rollercoaster. Consider each character very carefully. Talk about them and where you think their stories are leading. Enjoy the development of each character and try to second-guess their next move. Cheat is a deep, dark, psychological thriller that will have you shouting at the screen and bursting into tears. Don’t miss it, whatever you do!

Psycho-milk is pleased to thank Mr. Lines and Mr. Abrasado for the time they took with us today.