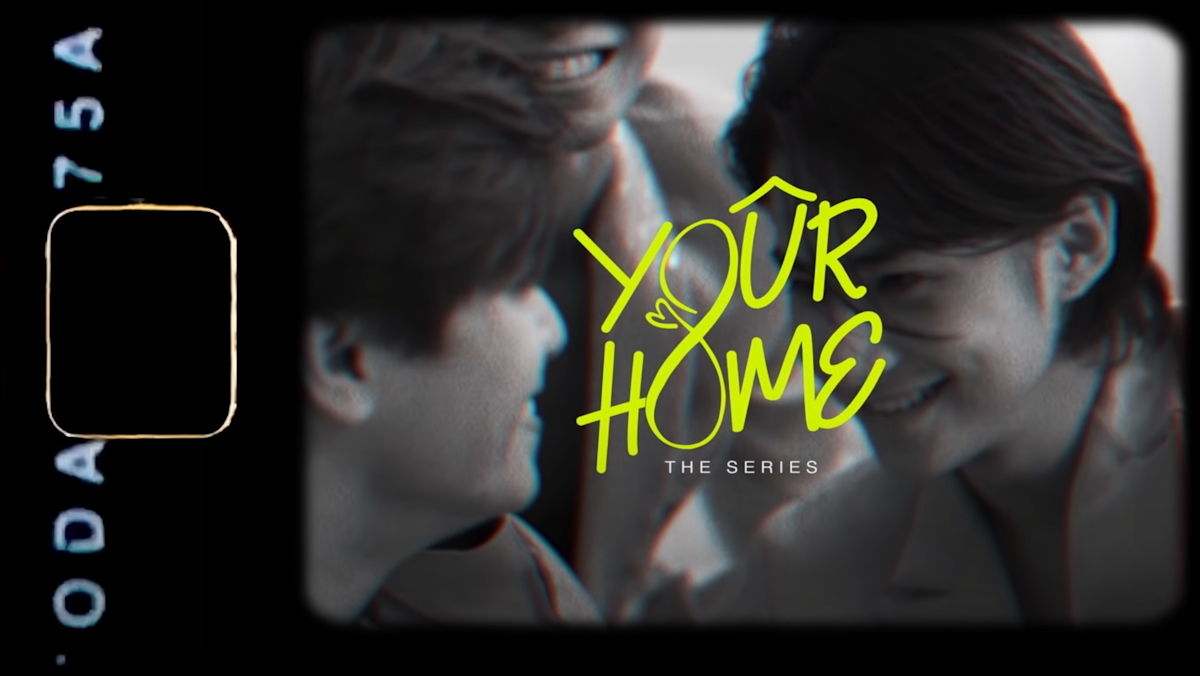 In both visuals and dialogue, there is a curiously humble confidence in the 20 min pilot episode of Your Home, which pulls you in as soon as the first scene opens, showing us the setting of a literal paradise on earth (we all know, immediately, how jarring the contrasting payoff is going to be).

Does the definition of home – whether it is your geographical location assigned to you during youth or the flesh-and-blood body you occupy right now at THIS minute – arrive purely organically, or is it shaped only because we find ourselves without any other choice? I guess that’s the question the new Pinoy series Your Home will spend its screen time looking for a satisfactory answer.

In the premiere, we are introduced to three characters – each having defined home in their own capacity, adjusting to their reality.
Bart Arceo

Bart, portrayed by Kurt Medoza has humble roots and finds serenity and comfort in his sleepy little but picturesquely beautiful village.

Bryce, portrayed by Renz Kieser, has every material comfort and but is boxed inside four walls as part of his education
Josh Villareal

Josh, played by Marc David, adapts a community basketball court as his home because that’s where he can breathe free anywhere else
We also have Bart’s ‘bestie’ (best friend), Brendalynne (Angelica Radaza), who is outspoken and fearless, but is she really, REALLY okay with who she is? The almost-painfully beautiful cinematography and the lyrical, carved-out-of-poetry quality of the dialogue more than make up for what, to me at least, feels like acting with lots of need to grow. That said, by no means does that take away your experience from enjoying the episode… since it has already proved to be worthy of your time.
Episode 1 closed with a meet-cute, perhaps the most intriguing meet-cute of all… the village dreamer rudely awakened from his blissed-out ennui by a splash of mud in the face, as the person who is going to shake his drama-free world and pull him out of his comfort zone laughs at his discomfort and points out a hard truth: “You should watch where you are going if you don’t want to be rudely pulled out of your self-imposed utopia.”

Episode 2 opened with less assurance than the first did. The camera is still awe-inspiringly steady, while the plot, not so much, and the storytelling has decidedly slowed down. The bestie angst at the beginning is, for sure, a case of ‘too much, too soon.’ The way she stands up to the rude Bryce – honestly, this is such a cliché: the arrogant visitor behaving in such an offensive manner when the native and his bestie have been nothing but polite – is impressive, though, and I am glad to see that Bart is not one bit impressed by this Richie Rich from Manila, instead shown as tolerating him with provincial kindness.

The pace did slow down midway, but I eventually saw it as something necessary, to literally make the city slicker Bryce pause in his frantic run and look around him at the simple, curious country boy Bart who was kind enough to offer him a night’s stay in his simple, stunning cottage by the river, and whom, the City Boy may or may not have kissed – or done more – in a state of intoxication.

In the end, we see some bittersweet parallels, after all. Bryce is as much a figurative orphan as Bart literally is. Yet, the latter possesses a well of serenity that the former can only gaze at, from afar, in longing and jealousy. Both have this siren call from their heart, one to learn new things outside his routine, another to escape into some grounding, yes, from his own tired routine…

As their worlds collide, are we going to see fireworks culminating into euphoria or just the inevitable realization that their differences are too vast to be overcome?

Watch Your Home the Series every Friday, 8 PM only on Arcana Studios Inc YouTube Channel

Imagine a world where Boys’ Love is normal. You don’t have to prove yourself more just because you’re gay or different—no judge’y stares and harsh whispers from strangers or even from family.
Our story is about the coming of age of two boys feeling alone and their adventures to find a place they can call home.
Welcome to our world. Welcome to Your Home.