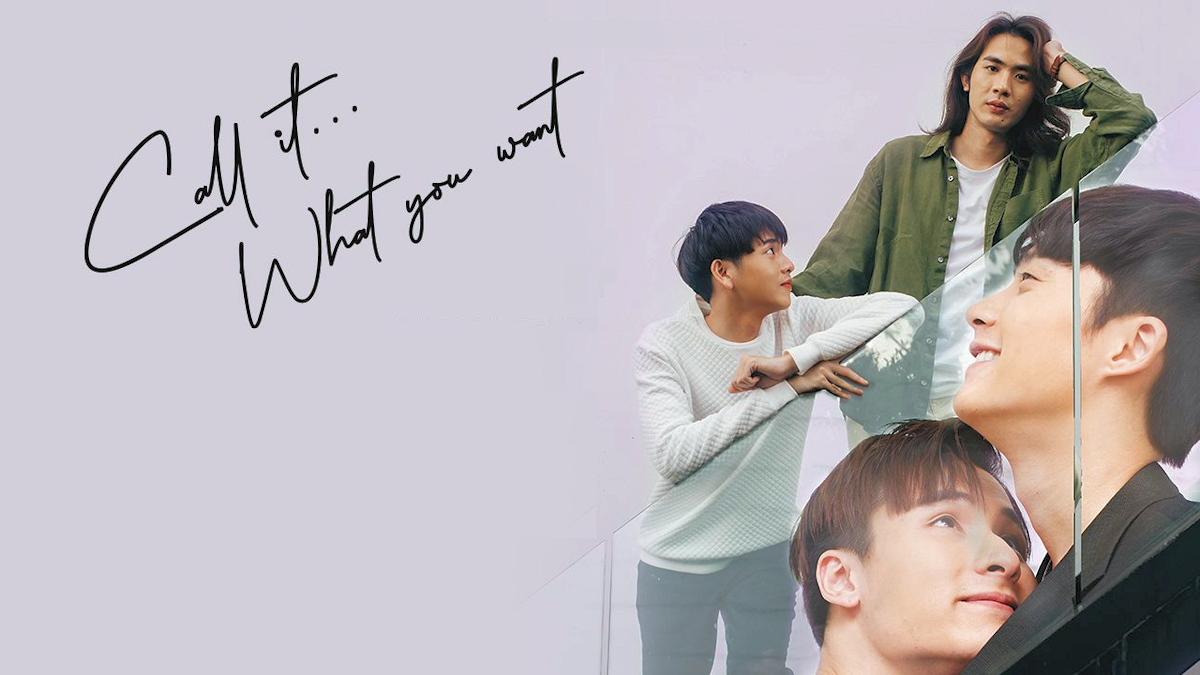 Call It What You Want Season 2 – Reflection/Impressions

I was apprehensive about watching Season 2 of Call It What You Want by Aam Anusorn. I worried about the subject matter and whether I could handle the subject of mental and sexual abuse. But after many months, I decided I felt brave enough to dive in. I am glad I did, even if it was difficult to watch. Would they face the same problems or would they be very different stories? It soon became apparent the two series were unique in tone & issues raised. However, they both brought attention to problematic areas of the genre.

Let me say all the actors did an excellent job. It’s hard to keep the momentum going on a second season after such an intense first one, but the crew manages to do it. We start where we ended on Season 1. If you haven’t watched Season 1, you should because this will include spoilers.

We have two pairs whose path we follow throughout the series. James and Ait occupy center stage in the first season. Season 2 focuses heavily on Bas and Marco. Bas and Marco stole my heart at the end of Season 1, so I was happy to continue their journey, even if it was painful to watch.

It begins with Bas and Marco having dinner, ending with Marco and Bas staring into each other’s eyes. This is a lovely scene until Bas’s projectile vomits all over Marco’s head and face. Ugh – I really didn’t care for that. Gross is gross, and even though I understand the need for it, it didn’t make me happy. Bas threw up because Marco was too close to him, staring into his eyes. That’s my theory. Both men head to the ocean to clean up.

Why go there, and not the room? Because there is something intimate about the beach at night with the moonlight and waves surrounding you, and Marco wasn’t ready for reality to return. The harsh lights of their room would break the spell of the moment.

The two of them are shirtless and wet, sitting on the sand together. Bas and Marco share an intimate conversation about the meaning behind Marco’s necklace, where he expresses his wish to find someone one day that would love like his dad and mom love each other, so he wears their wedding present until he finds someone who loves him like that. This environment couldn’t be further than Bas’s childhood with a cold and bitter father who didn’t support his son’s dreams.

As they sit there, a shooting star, they see a flash across the sky. Make a wish upon a shooting star. What were their wishes? Does Bas even have enough strength to wish for justice to come to Tee? Does Marco wish for James to return his love? We don’t know.

Our other couple on the rooftop also witnessed the shooting stars together. What were their wishes? Did James wish Ait would have more confidence in their relationship? Did Ait wish to have Marco stop loving James and for their love to be in the open? We don’t know.

We have the recurring dream from Bas. The darkness engulfs the beach, with no moonlight to illuminate the surroundings. Bas screams for Marco, but it’s like shouting into the wind. The sound of the waves crashing drowned out his voice. There is no reply. Bas wakes up with the sun shining, only to find himself alone again. He shouts for Marco once again as he is scared. Marco wakes Bas up from his nightmare. He had a dream within a dream. Marco has helped Bas see the way out of his dark prison, but Bas is still terrified of being alone, even in the light.

Marco reassures Bas that he won’t go anywhere and then falls asleep holding Bas’ hand. Bas looks at Marco with a newfound appreciation. He’s never had anyone treat him with this much respect and kindness before. He is drawn to Marco and even finds himself crushing on him. He leans over and places an affectionate, light kiss on Marco’s lips before he snuggles into Marco’s welcoming embrace – he feels safe.

That’s in episode one. I won’t go into detail on the rest of the episodes, as I’d love for you to watch them for yourself. But I will say that in the first episode, the musical score reminded me of a film, not a series. It fits the mood perfectly. Also, I appreciate the lack of sound effects I have come to expect from the Thai series. I binge-watched the entire season in one day. And it can be viewed as one long epic film.

Despite my praise, there were a few negatives for me. I know it’s been a long time since I was in my early twenties, but I found Ait’s personality immature. I realize it’s intentional as most of us at his age were the same way in relationships. But it makes me connect with him a little less. I can’t help my irritation when he storms off to sulk over a phone call from Marco to James.

The middle slowed the story down a bit. We writers call it the sagging middle. Almost every book or series has this to some degree. I found myself wishing James and Ait’s screen time would be less and Marco and Bas’ story would be more. I am very invested in Bas – he has my heart.

I also wish those specific episodes came with a content warning as they contain genuine references and implications of suicide. I can see how some viewers could be traumatized by this scenario if they’ve experienced trauma around the subject. I know the subject matter is dark as it deals with sexual and mental abuse. But the props and real scenarios are terrifying, even to me.

For the positive again, I applaud Michael Kiettisak Vatanavitsakul, who played Bas. He brought his A-game to this series. Every episode, my heart hurt for Bas. Michael allowed himself to dive deep into his character, showing us his hurt, his trauma, his insecurities and uncertainties, his loneliness, and feelings of worthlessness. I wonder how he shook off his character at the end of filming days. His portrayal of Bas was absolutely brilliant. He deserves an award for that.

During the last episode’s press conference, I was drained but still on edge. How would things play out? And Director Aam delivers, but he threw in something to bring us a laugh. I’m grateful for that. When hearing there is a problem with a media outlet, Jeb, the assistant, asked which news source. Upon hearing Fox News, she replied, “Tell them there is no Donald Trump here!” I laughed for a good few minutes at those lines. Someone who mocks both Fox News and Donald Trump, you have my respect. 😁

In conclusion, this is a worthy watch, especially if you have watched the first season. Once again, I find myself admiring the talent of Aam and the talent of his cast as they created a powerful story that will stay with me for a long time. I look forward to what’s next from these actors on their career path, as well as what will be next for Director Anusorn.

Here’s a link our Impressions of Season One.

Also, be sure to check out our interview of Director Aam Anusorn and the cast on our YouTube Channel, which we will link below as well.

Call It What You Want – Season 1