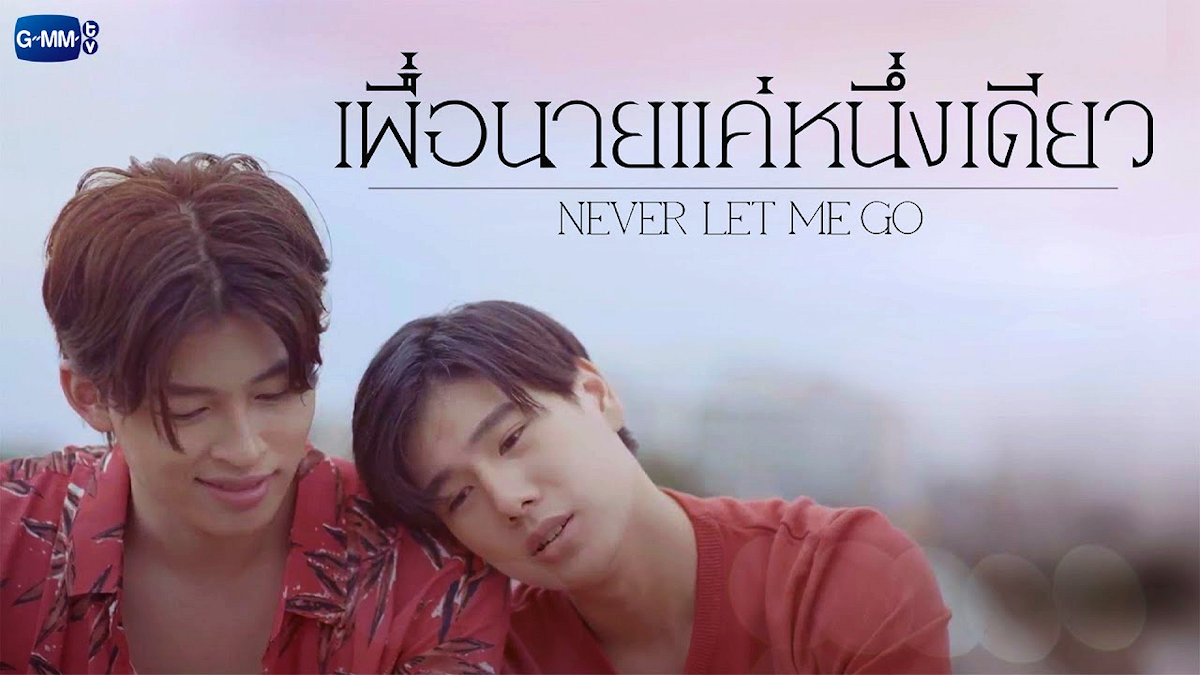 I was a bit curious about the title ‘Never Let Me Go’ since I read a book with the same title and the movie adaptation of that book. The author happens to be a personal favorite of mine – Kazuo Ishiguro. Yet, reading the storyline below sounds interesting and intriguing as well. The client-body guard theme and situation are also a favorite. Now, who are the lead actors? Fresh and worth the watch!

Phuwin Tangsakyuen (18 yo), Pond Naravit Lertratkosum (21 yo – but looks 17!) and Prom Theepakon Kwanboon (also 18 yo) look the part. But hey, can they act? Looking at their acting resume, it seems they can act. Pond, in particular, is a looker – the sort that gives chills and thrills, especially to BL watchers. Phuwin and Pond were the lead stars of a previous BL series called Fish Upon the Sky. While it received mixed reviews, the BL love team was much discussed on social media. This new BL series is completely different from the previous one.

The trailer is exciting – I love how the camera focuses on the actors – those close-up shots are amazing. These camera angles capture the beauty of the young actors. Palm (played by Pond Naravit) is a class of his own! Such a gorgeous, sexy, and appealing face and unconscious body movements! Still, remember that they are young, fresh actors with little acting experience to begin with. It takes a capable casting director to determine on-screen chemistry, and I think they delivered in this area. The acting is an entirely different matter, but hey – it’s just a trailer! We’ll see them soon enough as they depict their characters.

Nueng, the son of a mafia leader has been a loner all his life due to his father’s position. However one day his father is killed and Nueng is forced to take the reins in his place. His mother appoints Palm, a same aged guy from the countryside to be his bodyguard and protect him from the dangers in and outside school. However one person would like to see Nueng dead: his uncle who aims to become the next leader of the mafia. Will Palm successfully protect Nueng from the dangers poised by his uncle, all the while the two of them start falling for each other?

Spotlight on Pond! Pond Naravit Lertratkosum. He was crowned as the hottest guy in the Faculty of Engineering during his university life. He was a candidate in the King Mongkut’s Institute of Technology Ladkrabang hot students competition in 2019. Those pouty lips are to die for!

The poster below is gorgeous! The kind that appeals to me, and I have my share of amazing posters – Hollywood, European indies, you name it. The Japanese are great at making posters, and this one above is particularly reminiscent of some of favorite Japanese BL shows.

Never Let Me Go is scheduled for a September 2022 airing. Stay tuned!