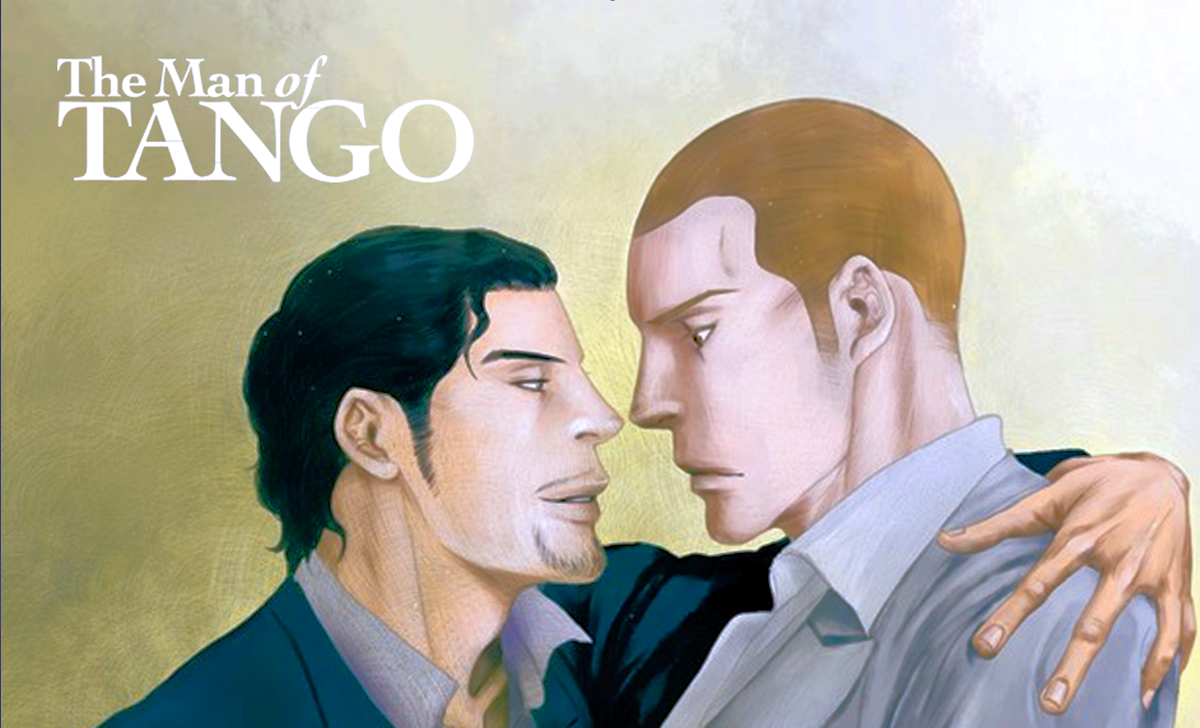 I am changing it up a bit while I start a new BL series, so I am giving you a Manga recommendation. This manga is, as we say, an oldie but a goodie. It was written in 2007 by Tetuzoh Okadaya, and the artwork shows muscular men and women. It reminds me of Gei Comi, sometimes known as Bara; however, that’s the derogatory name for the genre. Gei Comi is male-loves-male usually written by gay men for gay men, as opposed to YAOI, which is male-loves-male written by women for women. If you have ever read My Brother’s Husband by Gengoroh Tagame, the style is similar but not quite the same; very masculine men with hair everywhere.

The author here is a woman named Tetuzoh Okadaya, and her work straddles the fence between the realism of Gei Comi mixed with the romance of YAOI. I love her Manga and recommend them to anyone who wants to try something new. The Man of Tango is a story with exquisite illustrative art that speaks to the soul. It’s a story of a man who dances the Tango with men and women in competition with teaching on the side. He is a passionate gay man, but his heart is in it only for the dance. And like the Tango, he is a lover, passionate and devoted. Still, when it’s time to leave, he whirls away, leaving his former lovers just a bit heartbroken but grateful to have been loved so carefully.

So, Angie, Nonino, and Bene have a comfortable routine established. Angie takes lovers as he pleases but can never settle down. We have dance steps and choreography mixed into the story so that you can almost feel the beautiful sounds and moves as the artists show them dancing on the page.

We learn in the beginning that Angie is Latino and speaks four languages, including Japanese. The story itself takes place in Japan.

Angie and Bene meet up at the hotel where they are to perform. There, Bene introduces Angie to Hiro, who danced with her earlier. Hiro is Japanese but speaks Spanish fluently, as he spent time in Colombia, so he is able to converse with Bene and Angie quite easily. Additionally, Angie likes the look and sound of Hiro.

Hiro is mesmerized by their dancing and is drawn to Angie like a moth to a flame. However, Hiro can’t figure out where his true feelings lie. Is he entranced by the dance or by Angie himself?

I won’t go into the rest of the story, but Hiro, Angie, Bene, and even Nonino have stories where they are all intertwined, wrapped up, and swept away like the Tango itself. The words are poetry, and the dance is hypnotic. I hope you decide to read it. There is explicit sex here, and it’s at an 18+ age rating. It can be read from the Sublime Manga website or purchased from booksellers like Amazon. The ending will leave you in an emotional state, as I cry on every re-read. I hope you enjoy it, and I look forward to hearing your thoughts.