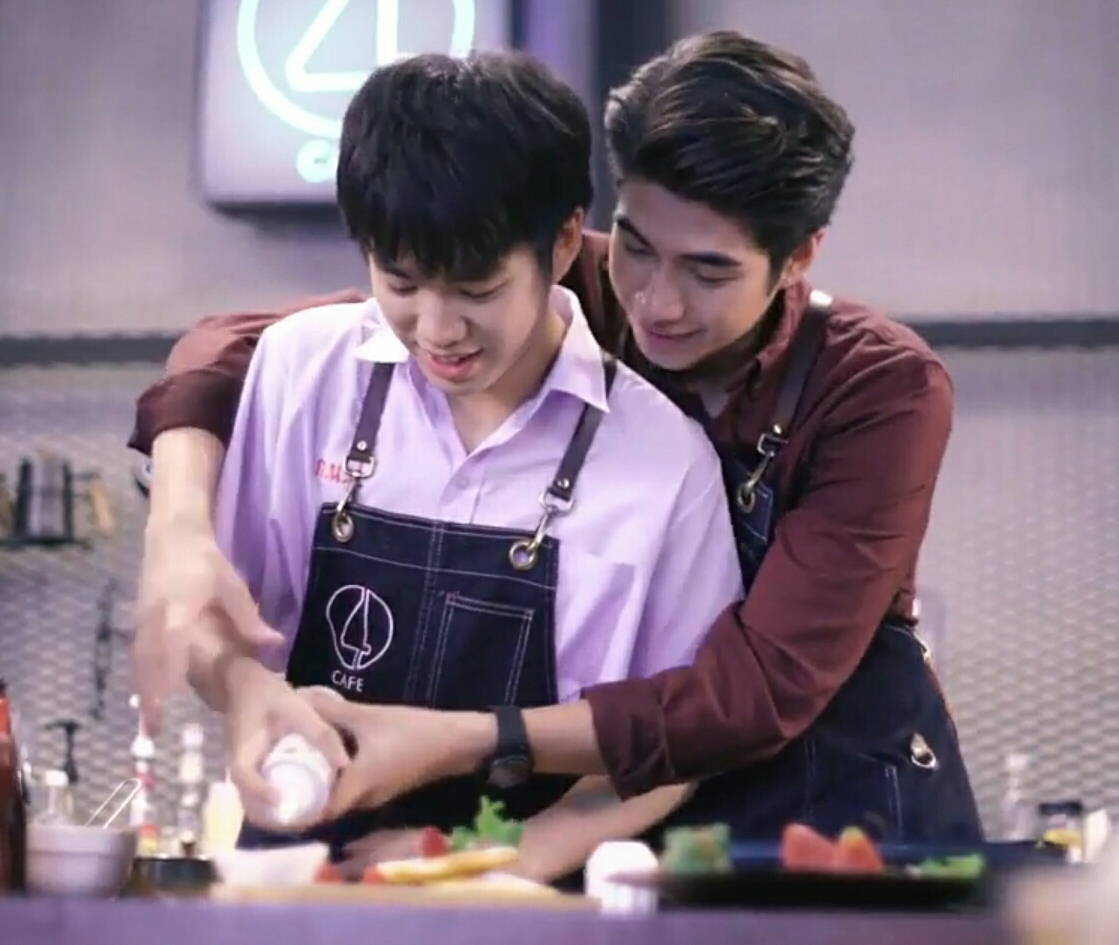 The drama series available this season are either dark, sexy, or dramatic. I’d love to watch another drama that is a bit on the light and bubbly side.

I think I found a match with I’m Your King Season 2.

While I totally enjoy all the series launched last October, I want a respite from the heavy issues these drama are exploring. I think the lead couple – Ryu and Oat – has enough onscreen chemistry to make me happy!

Here’s my synopsis of the series:

Newcomer Ryu Jessadakorn Kriangsamut (he plays Pun) is a student who applies for work in a posh cafe. The owner appears to be quite smitten by him – Oat Passakorn Sanrattana (he plays Sib). Or is it the other way around? Their budding romantic relationship and their friends are to make up the drama series. The theme of the King’s game, coming out, and romance will continue.

One of the biggest appeals of the drama is coffee. I’m addicted to its various brews and will never get tired watching a barista prepare my order – dark mocha of course!

So it goes without saying that Pun applies for a barista position in Sib’s cafe. One thing led to another except that the usual complicity ensues:

Let’s get into the nitty-gritty:

Here’s Boat who appears to be quite cool and collected in his vids at Instagram. I hope they will let him relax and enjoy the drama!

This series, while not as impactful as TharnType or The Effect, is worth watching for the sheer pleasure it offers.