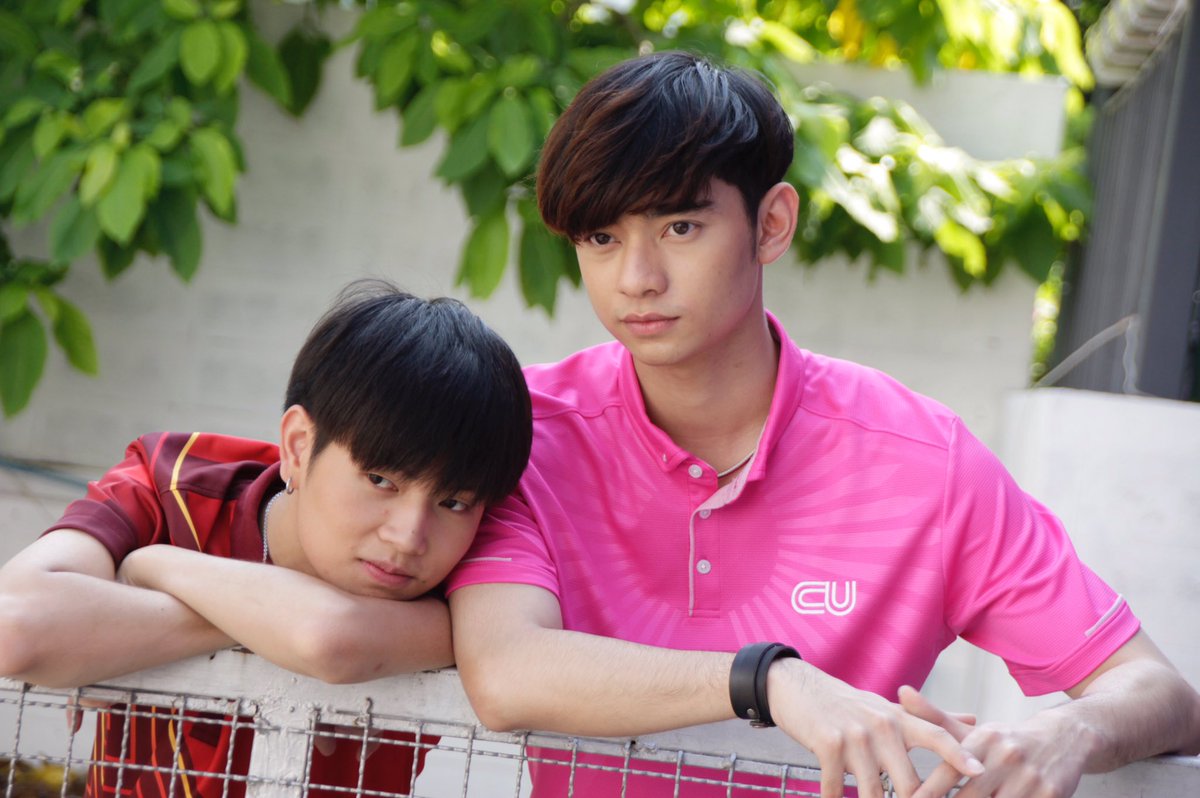 17 Dec 2019: Reports from different sources reveal that new developments are currently happening. Whether the drama will air or not remains to be seen. We will update you as any announcement becomes available.

Updates: All of the social media accounts related to this series have been disabled. There is no official news if it will push through.

Actor’s availability: Turbo is now cast in another series called Heart by Heart. Kaownah is currently a main character in TharnType.

That’s My Umbrella‘s lead cast is a really strong main lead named Kaownah, who looks the part, and certainly has star appeal. Playing his lover is Turbo Chanokchon, who also plays a supporting role in Motor Cycle: The Series

[ Latest news is that the cast of Motorcycle is also revised! ]

It’s all about the rain and using its wetness as an excuse. You see, Kondee (Turbo) once confessed his feelings to Fahfon (Kaownah) in front of the University. Now he tries to avoid him at all cost. But the rain made things worst. At the Dentistry building where he took shelter, he met Fahfon, who chatted with him as if the ‘confession’ never happened. What’s even crazier, Fahfon took him home and meets with him every day in school. He adamantly refuses Kondee’s excuse …

Here’s Kaownah Kittipat Kaewcharoen, the lead in this series. He’ll be playing Fahfon, the guy who received the ‘confession’ from Kondee. He’s also one of the main actors in TharnType the Series.

Turbo Chanokchon Boonmanawong plays Kondee, he’s the other guy in the series to make up the couple. [Shown here with Kaownah]

Video clips introducing the characters of the series [animation]. The novel can be read at DEK-D.

This page is updated as soon as fresh news and details become available.

Our latest update seems to point that the project may be postponed for the nth time.