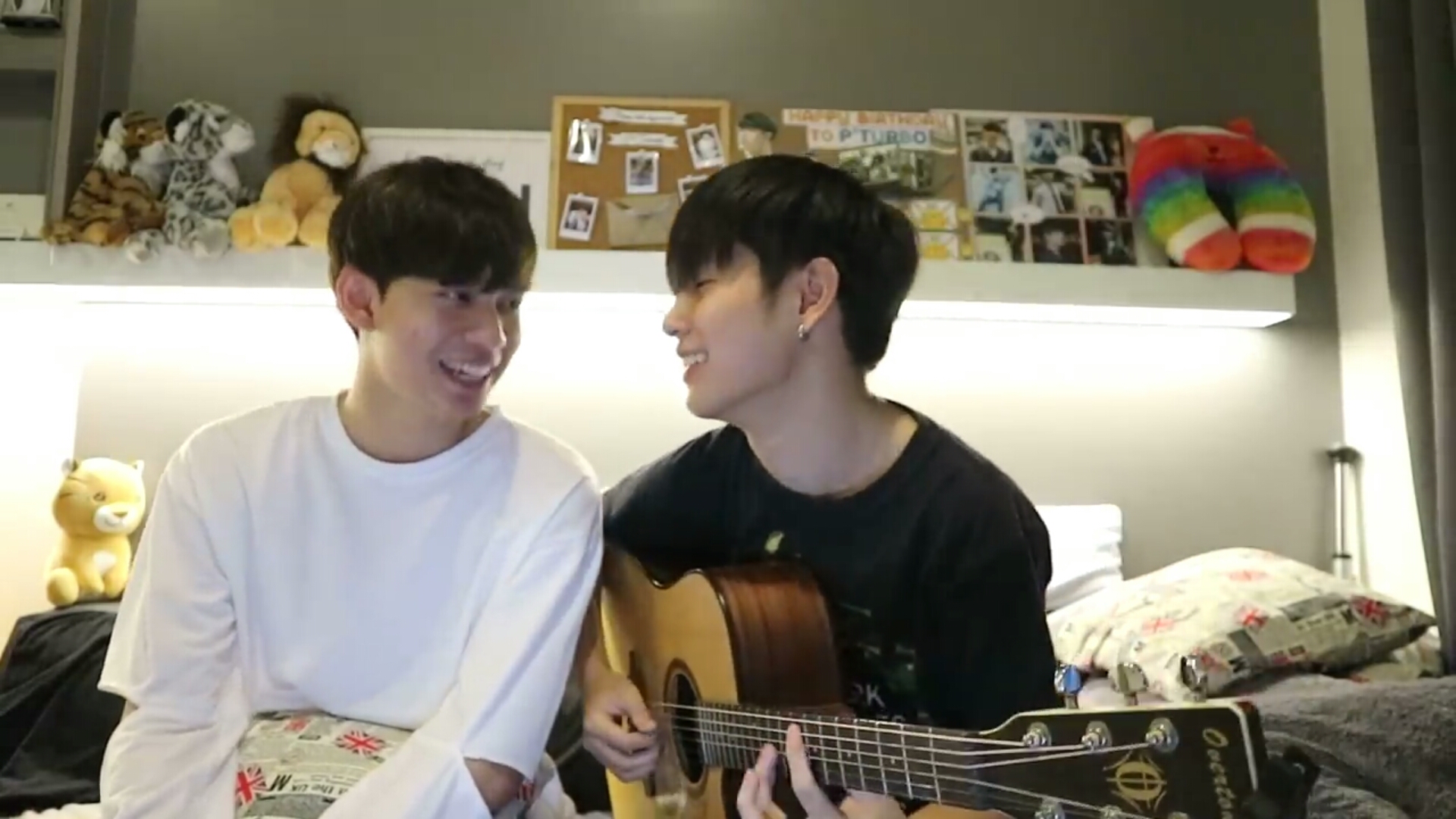 Clip of Kaownah + Turbo together raises hope for a team up! [Video]

While it was released middle of 2019, the onscreen chemistry between Kaownah and Turbo is clearly evident in this video.

Their interaction is so relaxed that it can be assumed they have done screen tests (and clips) together many times.

The clip appears like a lover’s quarrel, with Kaownah sulking and feeling a bit dejected while Turbo pushes for some intimacy.

We are still waiting for confirmation regarding a supposed series they were cast as leads.

That’s My Umbrella‘s lead cast is a really strong main lead named Kaownah, who looks the part, and certainly has star appeal. Playing his lover is Turbo Chanokchon … | read more|

With Kaownah gaining more acting traction courtesy of TharnType, Turbo is not far behind since he grabs his own series too. He is one of the leads in Heart by Heart.

Kaownah and Turbo together for That’s My Umbrella promo.

But fans of both aspiring actors want them to star in their own series.