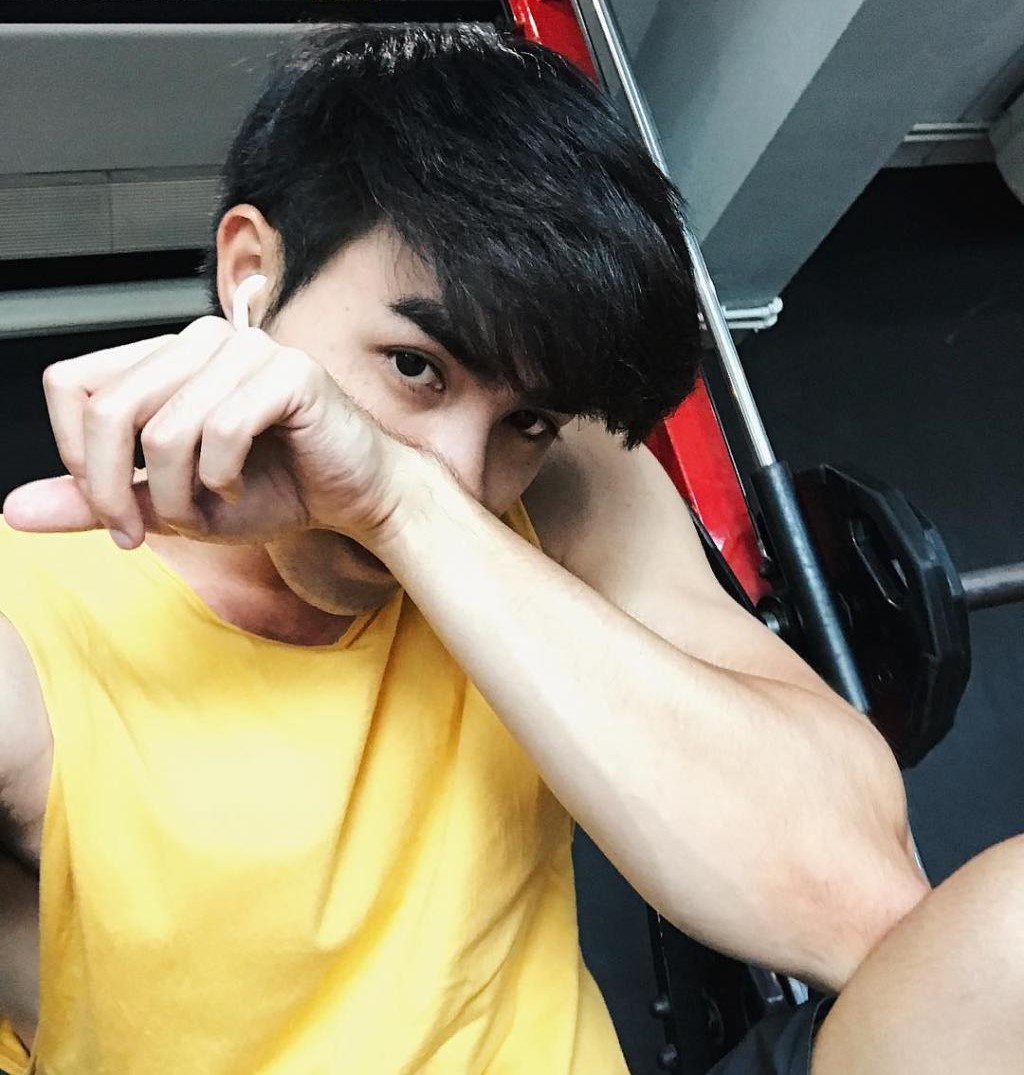 This is Part 2 of our Top 30 hottest Thai BL actors – the fresh face edition. We believe that many of them will – one day – become Thailand’s most sought-after drama actors! Note that Part 2 is dominated by the cast of 2Moons2 The series and Why RU?

Described in his Instagram account as model-actor-soldier, Tommy Sittichok Pueakpoolpol is not tall like many of the aspiring actors who took part in the audition process for Why RU? the series. However, the height appears immaterial when it comes to the looks department. [Photo courtesy of his Instagram account]

Reported as one of the leads in the new TV series, Why RU? Zee Pruk Panich looks so manly and a bit muscular, yet everyone can see the baby fat still! If he’s going to partner with Saint, it would be explosive! [Photo courtesy of his Instagram account]

Saint-Zee has become an international movement where every move of both actors are celebrated and tweeted. The 17 January 2020 release of WhyRU will be a culmination of all these activities.

Earth Thirapat Reungritkun, 22, is the new Wayo in 2Moons2 The series. Much has been said about Bass (the previous Wayo), but Earth appears to possess his own set of charms.

Let’s see what’s in store for 2Moons fans as Earth takes on Benjamin Brasier for the series’ expected main romance. [Photo courtesy of his Instagram account]

Poom Naret Promphaophan or Pavel, 21, is the new Forth in 2Moons2 The series. Rivaling Zee in the hotness department, I’m pretty sure he’ll light some fire in the second season of this popular series. [Photo courtesy of his Instagram account]

Like J9, Dome and Pavel (Forth-Beam in 2moons2) has an active fanclub, fueled by both actors’ activities.

Early vids featuring this young guy – Toy Thanaphat – appears goofy and may possess some comedic qualities in him. Hope the production crew can harness his talents in Why RU? the series! [Photo courtesy of his Instagram account]