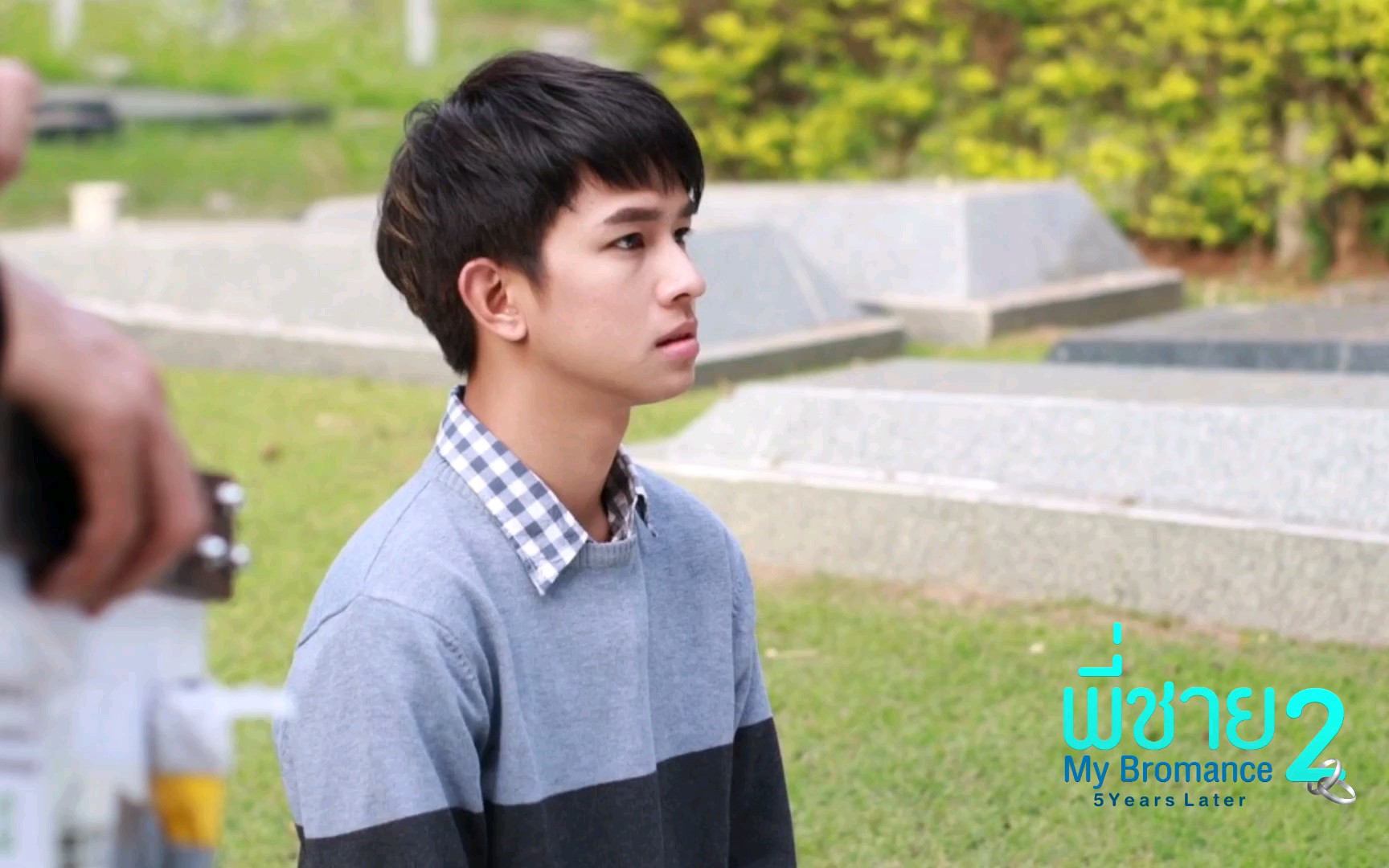 Update: 11 Jan 2020 – Wayufilm Production confirms that the upcoming My Bromance sequel is a series and not a movie.

The news that there is another yet unreleased installment to the My Bromance saga has ignited many people’s curiosity.

That the first installment – a movie – has left a certain audience with a feeling of not having a ‘closure’.

Here is my synopsis of the upcoming project:

Death will not keep the brothers apart. 5 years after the “tragic” event, Bank discovers that his older half brother, Gulf, is alive. His friends, apparently, tried to keep it a secret. But now, graduating from a University in Changmai, he is more equipped to handle the truth.

Correction: It should read STEPBROTHER and not half brother.

Latest photos released show that there is a new GEN – which means more characters. There is already indication of secondary BL couples. See below:

Looking forward, here’s the teaser vid for the upcoming special:

The clip below shows Fluke Natouch together with Wayufilm talents, including Mon Hatsawatchon (he stands to the left of Fluke)

All about the first movie

But before I continue with my rant and rave, let me give you a synopsis:

“Golf” lives in a large house, but a broken home. His father is often away on business, and his unmarried aunt is unhappy. He resents the loss of his mother and is aggressive and hot-tempered, deprived of his father’s attention. A new wife arrives with a teenage son, a few months younger than “Golf”. “Bank”, on the other hand, is gentle, considerate and sweet-natured, and hopes his new family will accept him. But his arrival is resented by his new brother. Before they accept each other as “Brothers”, they must learn the art of living together, to overcome the obstacles of their surroundings, and gradually fall in love.

Here’s the whole project as it looks right now:

My Bromance: Reunion (Thai side story)

My Bromance 2: 5 Years Later (Thai sequel) – this is considered a ‘special’ so I’m excited with what they’re cooking here!

“Golf” is portrayed by Fluke Teerapat Lohanan. Here is a Thai actor that has shown such consistent acting ‘intensity’ that he remains one of my favorites. I think he’s quite versatile. How he settled for a supporting role in SOTUS is disappointing for he could have been given a lead role in some other series. But any casting featuring Fluke is always welcome news. As Golf, he fits the character perfectly. He knows what it takes to be aggressive without being ‘over-the-top’. A less capable actor might do something else. I think that shows confidence in his ability to act.

Lohanan Teerapat is a Thai actor and model, known for My Bromance (2014) and Sotus (2016). His portrayal as Golf in My Bromance pave the way for recognition, but he has yet to grab another lead role in a Thai BL series. The news about My Bromance 2: 5 Years Later as a reunion with the younger Fluke is quite exciting for fans.

“Bank” is Fluke Pongsatorn Sripinta. There is no other Thai actor I know who could be as sweet and as charming as Fluke. As Lohanan’s namesake, he is the complete opposite. I commend the casting of both the Flukes – they got some amazing onscreen chemistry.

Pongsatorn Sripinta, also known as Fluke, is a Thai actor. His first major film was Grean Fictions, released in 2013 and shot in Chiang Mai—the film was cast with young actors of the region. He was noted for his performance in Grean Fictions, which landed him the starring role in the film My Bromance in 2014, where he plays a young man who falls in love with his new stepfather’s son. With the positive reception of the film, Fluke became one of the young Thai actors better known abroad. In 2015, Fluke starred in Tanwarin Sukkhapisit’s film Red Wine In The Dark Night as an innocent young man who encounters an amnesiac vampire.

The scene above is one of my favorites especially so when Golf stares at his younger brother with such longing.

Here are some more clips for our viewing pleasure:

I’d say both clips are more than enough to give us some idea of what the special is all about.

The first movie is quite tragic and I find the events that both boys have to endure to be quite unrealistic – or at least – too much in real life. But the acting of both made their characters quite sympathetic.