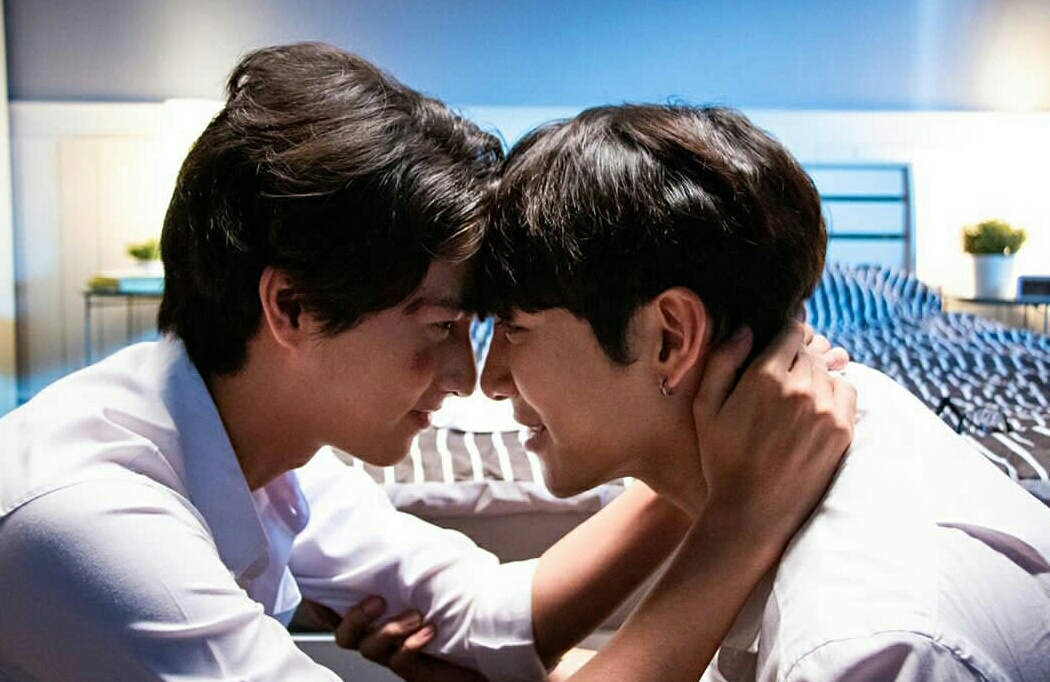 What makes an engrossing, realistic, and quality drama? It has to have a heart and a spirit. In the case of Tharn Type, Mew Suppasit as Tharn embodies its beating heart and Gulf Kanawut as Type is its fighting spirit.

As Tharn, Mew (not exactly a neophyte to the BL scene) portrays a gentle human being who offers his love almost unconditionally. He is such a nice fellow – to a fault – that he often suffers from heartbreaks.

Gulf Kanawut, as Type, represents its spirit. A young guy with a difficult past, yet he learns from his pain and has risen from anger, hate, and self-doubt to become – perhaps – the best version of himself. [ Highly recommended: Best Actors of 2019, of which Kanawut and Suppasit figure prominently. ]

Being its final installment, let me put down a summary – what is it all about really?

The intimate (read: sex) scenes are a bonus feature of this drama. It is not only meant to titillate and provoke. More so, it is meant to profile two young men who have the hots for each other.

SEX AND ICE CUBES – “Ice can also prolong your ability to withhold orgasm, thus leading to a heightened state of sexual arousal,”

In a sense, it has a similar flavor to the French film, Being 17. Below is the review of NY Times’ Stephen Holden:

To fight or to fall in love: That is the choice two antagonistic high school classmates face in “Being 17,” a touching drama about raging hormones, bullying and sexual awakening — and the strongest film in many years by the post-New Wave French director André Téchiné. Even when punching each other furiously, Thomas (Corentin Fila) and Damien (Kacey Mottet Klein), combatants whose senseless schoolyard fights have an undertone of repressed desire, wear the stricken expressions of innocents caught up in a war they don’t understand and would rather not fight. | source |

While the violence and the sex are not as graphic in Tharn Type, it shows the promise and the maturity in taste of Thai filmmakers. Therefore, it exceeded the expectations of its audience.

Tharn Type is a level or two above My Tee and Love By Chance and is definitely a class on its own. Not to be compared to the problematic What The Duck, said drama also stars Mew, yet the actor has matured here courtesy of dir. Tee Sintaparadee – considered an innovative and generous filmmaker.

As in Dead Poets Society, Being 17, and an earlier gay film called Get Real, Tharn Type “sacrifices” glamour for an in-your-face realistic depiction of Boys love.

Unlike Get Real where the gay boy gets rejected and denied in the end, Tharn Type opted for a happy ending.