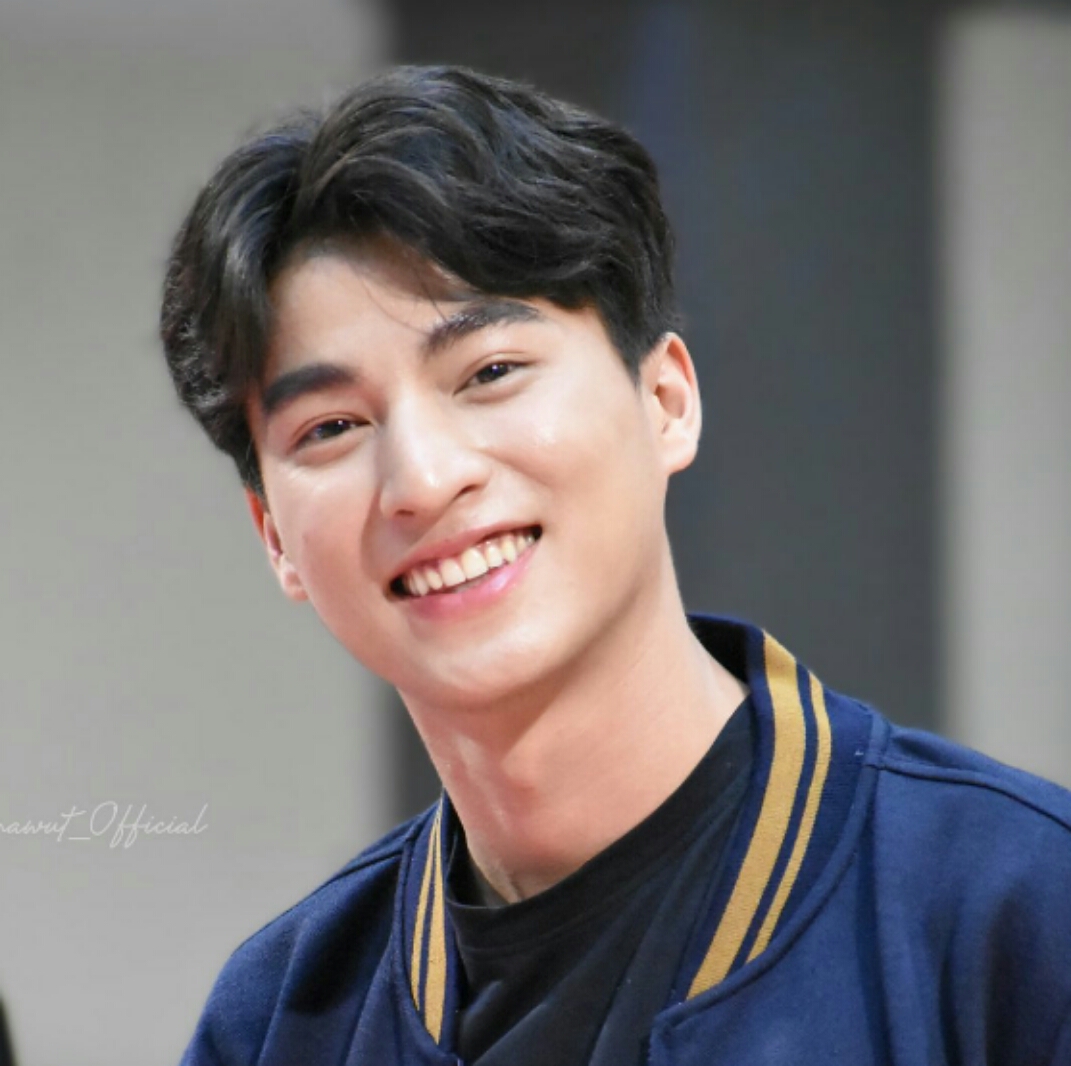 It was a few months ago when the BL community in Thailand became fascinated with the auditions for a certain drama series. That series is TharnType and people are on the lookout for anything related to Love By Chance.

One of the fresh faces to audition for a part is Gulf Kanawut.

Gulf’s profiler continues after this important update below.

30 January 2020 Update: With the apparent success of TharnType the series, a new wave of fans and observers (and gossip writers) seem to have focused their energy and attention on this young actor. The latest drama is about Gulf and his girlfriend. If you are new to the BL world, then you have to be reminded that BL fans are very loyal and possessive and most often tweet and post about events outside the series. A phenomenon known as fan service is de riguer among the BL actors. These are events where the actors extend their drama roles and allow themselves to be “engulfed” by the frenzy of the fans’ fantasy. This has both positive and negative effects on the actors.

An actor's love life is no one's fucking business. But since he is so popular people forget that they are already invading his privacy.#GulfKanawut needs to be strong. Otherwise, they will eat him alive. pic.twitter.com/llSeaMC4pm

In this case, Dara Daily promoted some tweets that Gulf seems to be “lying” about his single status and that he and his girlfriend are still “together” instead of what he said that they have separated. While Psycho Milk has a policy not to focus on gossip and the personal lives of the actors we feature, it is important that we dwell into this issue for reference and to set the record straight. As journalists, we want to get to the truth and a separate article is being prepared as of this writing to do our own investigation.

As summary, what do we want to do and answer:

Born December 4, 1997, Kanawut is new to casting and this is his first BL drama to date. What made.him a standout is the reaction when paired with Mew Suppasit. There were an instant buzz about him blushing – that among the many who went for screen test, it was Gulf and Mew who made an impact in terms of chemistry.

Of the 30 new faces in Thai BL hitlist, we singled out the actor as among the top 7:

Gulf Kanawut – he was chosen to play Type in the upcoming TharnType, the series. The role is a young guy who had previous bad experience with a gay guy, thus his role is confrontational with the other main character. Very photogenic and registers so well on the screen. [Visit his Instagram account]

That’s how high of a regard we have of him.

Apparently, we hit bullseye when he contributed to the success of the series. While his acting require plenty of polishing, he was a standout among the new faces.

The drama is also generating plenty of buzz with the kind of intimate scenes that Gulf and Mew are acting out. There are also some serious issues being raised.

So we will be able to see if Type will go ahead and have sex with the girl or remain loyal to Tharn. Or will our boys remain only as fuck buddies? #GulfKanawut looking so good here. Hey, its a role ok? Separate the real Gulf with the character Type! 😁😆😉#TharnTypeTheSeries pic.twitter.com/tTjWOkCWS2

TharnType is now on its 11th episode and is destimed to become one of 2019’s most talked-about BL drama.

You may want to join in the fray here!

Watching BL is a shared experience with strangers. It can be funny and irritating when some would accuse #TharnTypeTheSeries as a rape show. Obviously it is not. Rape is forced sex, intimidation and coercion. Please avoid saying that, it makes you look funny and an idiot. pic.twitter.com/mDHXQEZGRg

A small gallery of chosen Gulf Kanawut photos, from Instagram

All photos are credited to the respective owners. All Rights Reserved. Text are original composition of this author. No unauthorized copy of this article is allowed.