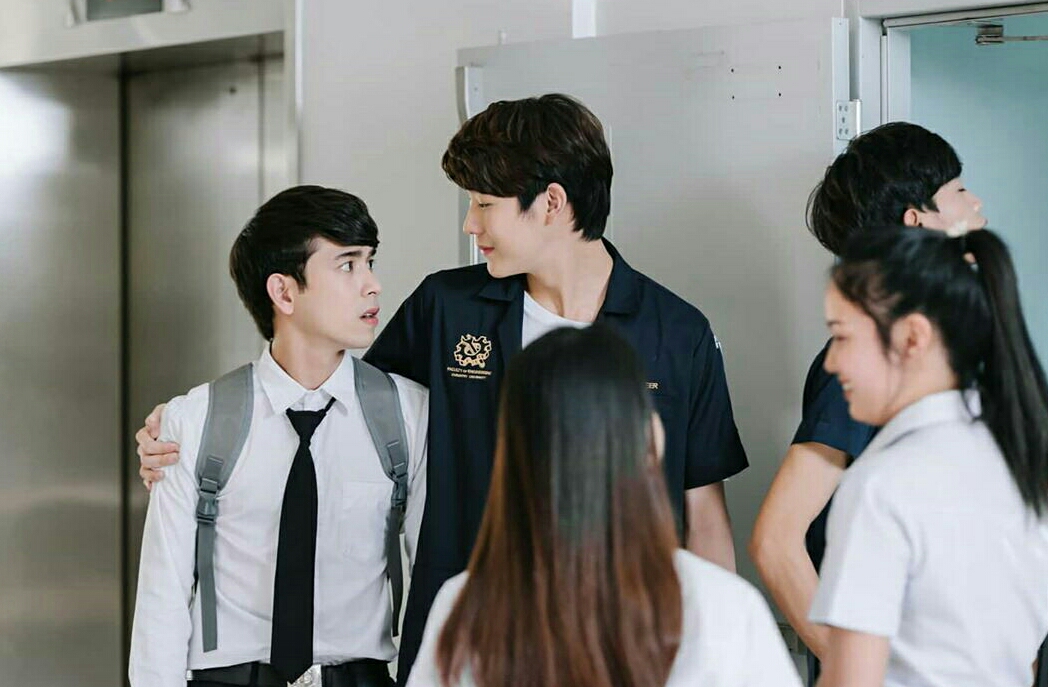 Episode 2 of WhyRU the Series shows a significant departure from the initial episode in 3 different aspects. Let me tell you why.

Before my review, let me give you a short intro.

WhyRU the series centers on two couples. Both started in conflict but gradually develop in intimacy by way of revelation and character dynamics. The series features both wacky, comedic scenes and intense, dramatic moments.

Let’s get down to it.

Viewers don’t have to count the minutes each couple appears on the screen to agree with me. It’s more about the character development and story progression that I care to talk about.

If there is a “Scene stealers” award, this two – Tommy and Jimmy – will win it hands down.

Tommy Sittichok, in particular, impresses with the way he portrays Zon. He appears delusional yet how he approaches his character is comedic without being sarcastic. Yet you can sense the sarcasm by way of body language. I find him truly capable and convincing.

I have yet to appreciate Jimmy Karn’s character since there are no significant scenes exploring his persona yet. Sharing the same girl with Zon appears “light and bubbly” to him and not to have been antagonized by their last confrontation. Maybe he likes the kiss more than sharing his girlfriend?

The serious treatment of Tutor and Fighter shows the potential for the series dramatic content vis a vis the wacky scenes with the boys and Zon+Saifah so far. I understand that Tutor is going through some rough times and his low tolerance with Fighter appears reasonable. In fact, Tutor tries to be tolerant while Fighter appears more (and more) smitten by him.

Saint and Zee are tasked with the difficult assignment to deliver on the series’ dramatic and intense narrative.

My reviews are acting-centered so I always look for subtle changes. The library scene with Day (Pangpond Akalavut) is a favorite by way of Saint’s attack on his character. He was manly, even a bit naughty showing certain confidence and self-assurance that was never present in Pete.

The emotional turmoil that is omnipresent in Fighter makes this role the most challenging and Zee Pruk appears quite prepared for it. What Zee does is quite commendable – to a large extent – by being both confrontational and guilty. I can only think of one actor who can do as much – Kamiki Ryunosuke, Japan’s child wonder.

Tribute to other BL series: Tharntype and Make It Right

I find the tributes to these two series both endearing and sentimental. Watching Mew Suppasit and Gulf Kanawut together with the WhyRU OST is a bit surreal, yet totally entertaining. Seeing MIR leads, Peak and Boom, is a bit sentimental to me since I have not seen them together for quite a long time.

Dir. Thanamin and Dir. Jumba may not be aware of it, but the tributes created so much goodwill for the series.

Control and management of the cast.

While the supporting cast (mostly the football boys) were all over the place, there is an almost orchestrated effort to keep them in check. I can sense the focus of the boys to remain wacky – as kids are unruly in real life – and this is how it should be. However, the musical background – the notorious marching band – seems too loud to me.

The entertainment aspect has also reaches the rooftops. I can’t help myself rewinding a few scenes for my own benefit.

I still stick to my issues on musical background but the series potential as the sleeper hit of 2020 appears more feasible than before.

Some food for thought: This particular Tweet caught my attention for its insightfulness:

Indeed, it is difficult but I find a certain cohesiveness in EP 2 that was not present in the premiere episode, hence these different worlds harmoniously interacted rather than take a collision course.