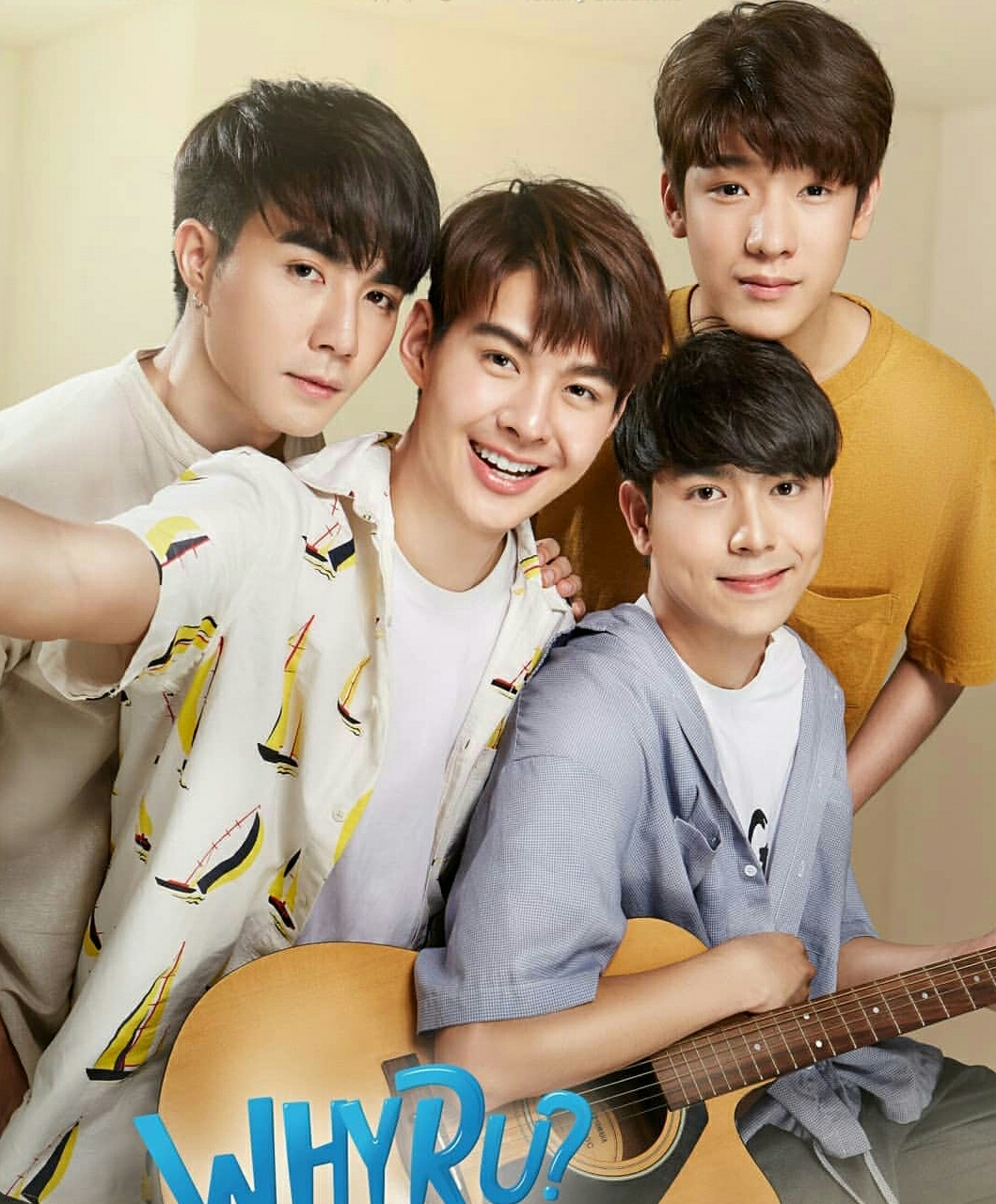 My WhyRU journey brought me to discover new friendships that I hope will last a lifetime. It’s especially memorable for a good number of reasons. Unlike a blog where emotions and personal views are often fully expressed, I try to keep this drama profile as objective as possible. Now that Why RU the Series has ended, browse into our collection of events featuring the cast of this notable BL series!

29 March 2020 updates: There is an uproar from Zon/Saifah fans about the lack of screen time for Tommy Sittichok and Jimmy Karn characters. Just to give you some background, the series was pushed to air by January instead of the middle of 2020 as originally planned. The Production team revealed that some scenes were not completed due to the COVID-19 crisis, which stopped shooting in its tracks. However, some viewers pointed out that the subsequent announcement should have been released earlier to avoid the confusion. This kind of audience reaction has become commonplace – to the point where the production team has even been bullied online. There is no change in such despicable behavior in the near future as viewers try to force themselves into the collective. Here is the announcement:

There will be 14 episodes with a special one for Zon/Saifah. A BTS (behind-the-scenes) is to air next Saturday instead of the standard episode.

24 March 2020 updates: There is a new blog that specifically analyzes the Tutor-Fighter dynamics. There are plenty of insights with clips that feature analyses.

Update: Watch the interview of Saint by Dara Daily.

Previously, Saint answers an interview, with the question: How were the love scenes?

Actually, we brainstormed. We talked to the director that we wanna try this or that. I won’t say who’s gonna be what in the series, but please stay tuned because love scenes in this series are very important. | source |

Update: 9 Jan 2020 – Another video was released and the awesomeness continues!

There is also the news of a crossover (or guest appearances) between TharnType actors and WhyRU.

Update! A behind the scene clip that can drive you nuts!

Here are the links to the new teaser, for both local and interface:

From the production team on the January 2020 broadcast:

Actually I want to air on March or April. It’s more relief but the more you wait, the more you get tired so I decided in this way. It’s gonna be tough work but I know you’re all are ready and I won’t give up because you’re all been fighting for us a lot.

Update: The WhyRU Channel at Youtube has started to do Chapter introductions!

Update: Watch the teaser trailer that can whet anyone’s appetite for this show! It has already garnered more than a million views already!

Reactions: The scenes featuring Saint and Zee are intense and amazing to watch. I would not be surprised by the way fans react to these scenes. They would either get depressed (because of Saint’s previous love team) or feel excited about how Zee plays his role to a T and bulls-eye his way to Saint’s character’s heart (is that making sense?).

This is getting to be more exciting than I originally expected.

Update: The drive to push Saint and Zee to the BL stratosphere is relentless!

Why the RU production team has come up with a video clip as cast intro! And the Saint-Zee tandem dominates the scene.

The Zee-Saint tandem continues to heat up!

After watching Reminders and seeing Perth and Saint playing a couple, it’s understandable how some fans are upset over the new pairing. However, I don’t think it should be ‘treated’ as something personal. The guys are working and if fans are truly supportive, they need to overcome their own biases and support Saint and Zee, as well.

Reportedly based on a novel, this new Thai BL series, Why R U? is under the helm of filmmaker and scriptwriter, New Siwaj Sawatmaneekul. There are – at least – 12 new, fresh faces in the cast. Among them is Saint of Love by Chance fame.

(For the record, Dir. New and Studio Wabi Sabi are no longer connected with this series. I did not delete the above for reference purposes)

The author of the story is CandyOnnn and there is a Twitter account for updates. There are two directors – Thanamin Wongskulphat and Kittiphat Jumba.

Tommy and Saint. Are we seeing a new BL tandem anytime soon? Or is Saint going to be paired with someone else? (Apparently, Zee is paired to Saint and Tommy is his best friend).

Among the cast is Love by Chance lead Saint Suppapong Udomkaewkanjana, who no doubt captured a lot of hearts as he portrayed Pete in Love by Chance opposite Perth Tanapon Sukhumpantanasan, who plays his romantic interest, Ae.

Saint, who figured prominently in Love by Chance, is a most-sought-after actor by fans. Zee, a newly cast actor in this series, is reported to have expressed his desire to team up with Saint. While fans of Perth (Saint’s co-star in Love by Chance) may not approve of it, Zee remains honest about his feelings. Way to go Zee!

Described in his Instagram account as model-actor-soldier, Tommy Sittichok Pueakpoolpol is not tall like many of the aspiring actors who took part in the audition process. However, the height appears immaterial when it comes to the looks department. Hopefully, he’ll be competent as an actor too!

I would think dir. New saw something about Tommy. As you can see, just a change of hairstyle, he can alter his looks and perhaps his character? We’ll have to wait and see! At this point, he’s a personal favorite already!

A current commercial model and aspiring actor, who appears previously as a nerd-looking youngster has blossomed into a charming teen – that’s Jimmy Karn Kritsanaphan for you!

Reported as one of the leads in the new TV series, Zee Pruk Panich looks so manly and a bit muscular, yet everyone can see the baby fat still! If he’s going to partner with Saint, it will be explosive!

When someone is nicknamed Toytoy with another of the same ‘toy’ then expect someone awesomely, and he is! Early vids featuring this young guy (Toy Thanaphat) appear goofy and may possess some comedic qualities in him. Hope dir. New can harness his talents in this series!

That’s it for now. I’ll be constantly updating this page for more casting news!