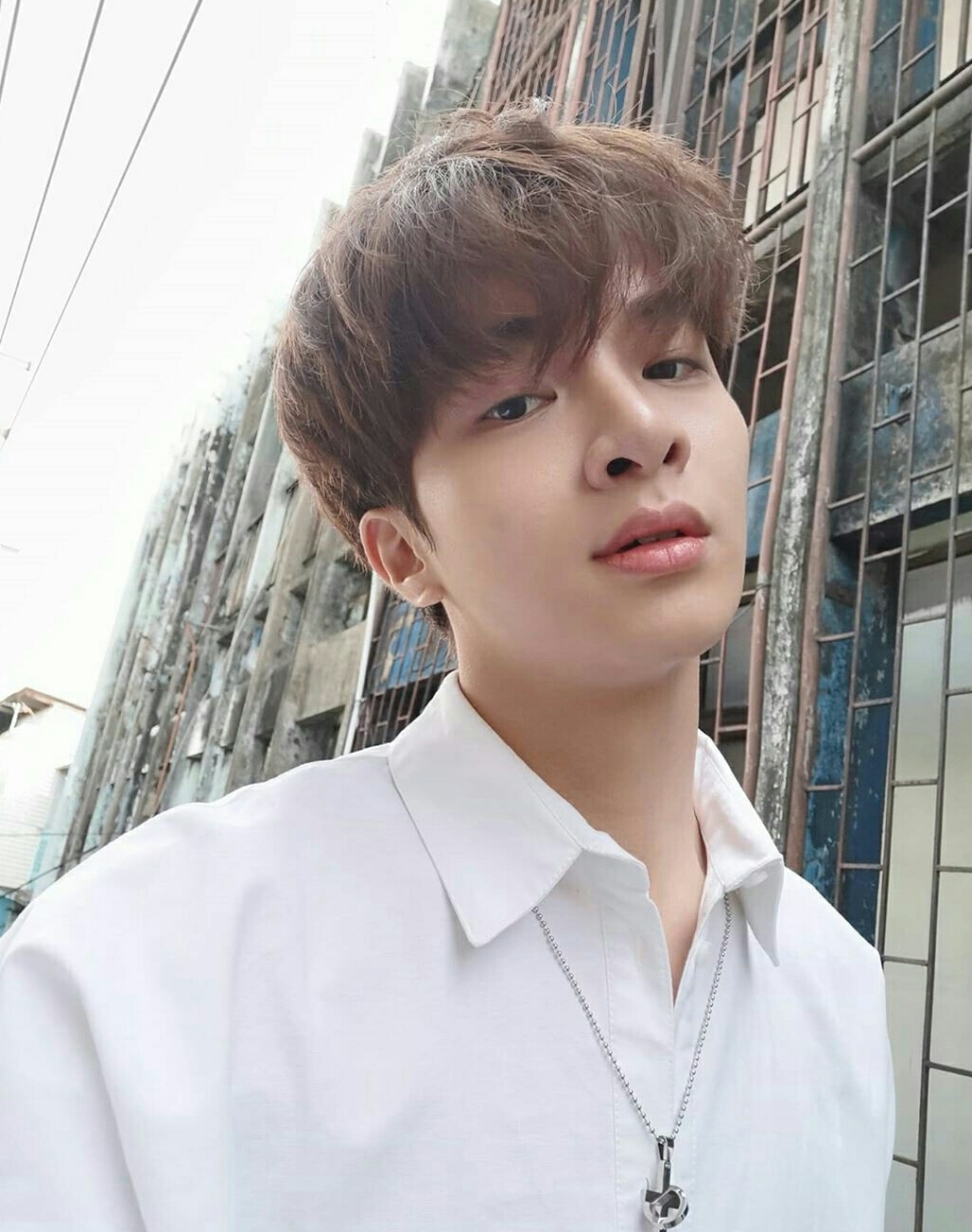 Earth Teerapat Ruangritkul (ธีระภัทร์เรืองฤทธิกุล) is a Thai actor, born on March 7th, 1997. He became famous for his portrayal of the main lead “Wayo,” in 2Moons Season 2 (2Moons2).

After the popular series, he serves as a host, together with the other stars of 2Moons2, in a travelogue series.

Earth as an Artist

The announcement of a new cast and the second season of the hugely popular drama, 2Moons was met with loads of criticism. The cast of the first season was much loved, more so Bas Suradej Pinnirat, who made quite an impression playing “Wayo” in Season 1. Earth was chosen to portray “Wayo” by series by series Dir. P’Am Anusorn, along with the other new 2Moons cast.

Stepping into the shoes of this popular actor is an arduous task. However, Earth stepped up to the challenge and brought his brand of innocence and added sweetness, and made his “Wayo”, a much-loved version of this book character as well.

Earth offers a fresh take on the character by showing signs of hesitation, yet it appears honest and not rehearsed. Clenching his fist and with fire in his eyes, Earth was effective as a young impressionable boy who still cannot control his emotion. |source|

Wayo is a rich kid accepted at the Kantaphat University, in the Faculty of Sciences. He joins the Institution knowing that Phana, his long lost love is at the same university. Their story here starts as a tug of war because Phana doesn’t recognize Wayo at first. Earth executed the role in his own style and bought a whole new dimension and depth to his “Wayo.” His initial clashes with the rude Phana are adorable.

Their journey, starting from a clash with Phana, then to Phana figuring out Wayo’s identity, to finally confessing their feelings to each other, skyrocketed the show’s viewership. The audience wanted to see them together more than anything else.

The way Wayo sang his love for Phana set a benchmark for romantic notions. This scene became one of the most talked-about #PhaYo moments.

Earth partnering with Benjamin, redefined Romance subtly and beautifully. So much so, that this particular video of their first time kiss is still the most widely watched scenes of the 2Moons2 series.

Earth shares a certain amount of comfort with his co-star Benjamin Brasier as well. Their “comfort zone” brought a level of chemistry on screen rarely seen in a BL series.

Earth especially shone in the so-called “Jealousy” scenes. Despite being angry, he exulted such boyish charm, that audience found him adorable. Another one of Earth’s best qualities is his innocent look that makes him a fan favorite.

Playing a BL character places demands on an actor especially when it comes to portraying intimate scenes. However, the intimacy between the characters Phana and Wayo was tastefully, and subtly done. The audience waited with bated breath for these two to get together and #BenEarth did not disappoint.

A show is not defined by just Romance, but also other factors like Friendship. Wayo being innocent, shy, and cute, brings out the protective instincts in his friends. His bromance with Ming, played by Joong Archen Aydin, his bestie, was loved by one and all. Both Earth and Joong are good friends off-screen as well and share a great rapport. How can anyone forget Wayo’s best bodyguards/closest friends, “The Angels Gang.” The way they adopted him and protected him at all costs endeared them all to the show’s viewers. The fact that Earth is easily able to connect with everyone makes the scenes so much more believable.

Earth and Benjamin are very good friends in real life. The kind of understanding and rapport they share helps bring a certain level of intimacy and chemistry to their performances that very few BL couples share. Earth looks up to Benjamin for guidance and Ben, on the other hand, trusts Earth’s instincts.

This partnership is evident not just in the show but also in the “fan service” events and galas that they present. #BenEarth manage to pull off a natural level of love and mutual adoration that even more experienced actors cannot.

Earth has publicly acknowledged many times that he is prone to mood swings, but it is always Benjamin who patiently listens to him and helps him out. They both are good at being sweet as well as drive in the hotness factor like no one else does. That’s why the masses have dubbed them as “The Kings of Duality.”

#BenEarth Travel Show premiered on Mello Thailand on February 5th, 2020 to great expectations and they did not disappoint. They traveled to Kanchanaburi and the entire episode was a laugh riot, so much so that the Zookeeper actually asked if these two are really the Hosts for this show. Benjamin just loves teasing Earth and we could see it in the episode as well, where he makes Earth cook an omelette and instead orders from outside.

The audience loved how attentive and sweet Earth is to Benjamin’s needs. The banter back and forth between these two was a major USP (unique selling point) of the show.
Benjamin has a quirky side that comes forth when he is with Earth and the audience’s lapped up on Earth’s sassy responses. They are not at all like our normal couples. They love to tease each other and that’s what makes them different from the other 2moons2 couples.

But as much as they love to banter, Earth brings out the softer side and protective instincts in Benjamin. The entire episode was characterized by their sweet and salty moments which made it the highly rated episode in this season, with audiences demanding a second season as well.

Earth, Up Close and Personal

Earth’s official fandom #Earthlings, consider him as a Baby, because that’s what he is. He is shy, introverted, but highly dedicated.

Earth completed his Graduation in Humanities and Applied Arts from the University of Thai Chamber and Commerce. His graduation ceremony was a gala event attended by many of his fans who got a chance to spend time with him. Everyone was amazed by how kind, caring, and down to Earth he is.

Earth is loved by the masses because of his humble attitude. He never displays the airs of being a celebrity, is an animal lover and loves sharing the simple things he does with his fans.

He is also a very good singer and plays piano quite well. His acoustics are great. It is because of these endearing qualities that his fans call him a “Baby” and dote over him, something that Benjamin totally agrees to. His childlike innocence and sense of humor make him all the more enchanting.

I’m privileged to be writing this article as it is close to my heart. I loved watching Earth play “Wayo” with a conviction that broke all kinds of criticisms. I respect him as my bias and as hugely talented individual. I’m totally looking forward to watch him re-enact ‘Wayo” as #PhaYo continue towards to their final journey.