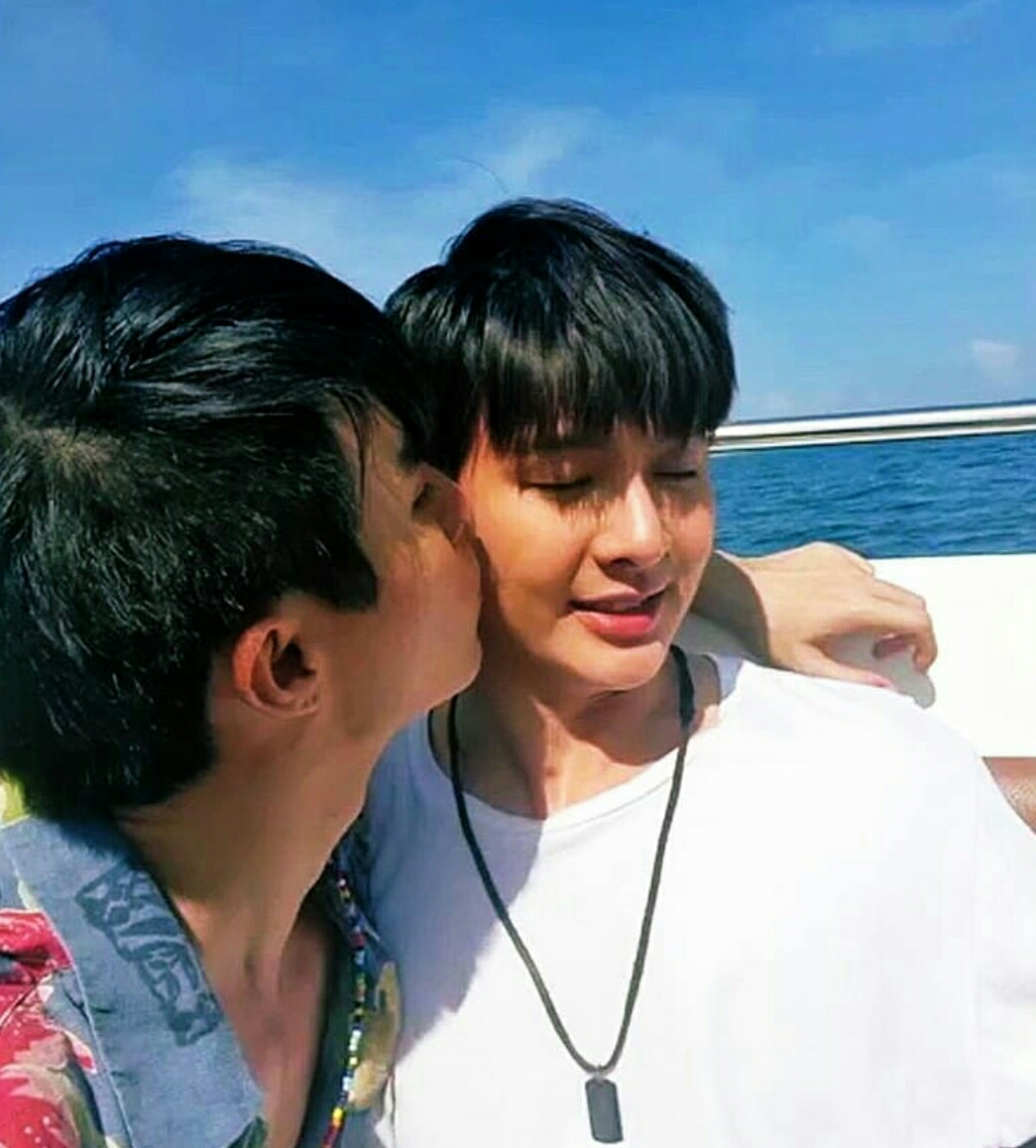 I have been asked this question many times and I did ask myself too quite passionately. How do you reconcile a female BL author’s perspective of male + male romance vis-à-vis your own perspective from real-life experience?

First of all, allow me to say that some of my thoughts here may be viewed as diametrically opposed and/or hugely unpopular in so far as romantic thoughts are concerned. But since I don’t usually hold on to my views as just “thoughts”, I might as well be frank and honest about it. After all, my readers deserve nothing less.

Here are some of my issues with the mostly female perspective of male + male romance:

The tendency for romance is stronger than exposing serious issues affecting homosexual relationships. It therefore appears sweeter than I can describe it (or have experienced it) in real life. These relationships appear to me to be too “idealistic” in the sense that many of the scenes appear to be quite artificial, even laughable for their absurdity. Cases in Point: Almost all Thai BL I have seen since Lovesick until UWMA, with a few exceptions, like TharnType and He’s Coming to Me.

Both these series – in my opinion – gave me a feeling of a sense of identification. For instance, Tharn’s obsessive loyalty to Type, hits me head-on since I have done the very same thing. Thun’s (Ohm Pawat’s outstanding portrayal) coming out to his Mom is poignant and painful at the same time, with the notion that he could be ostracized from the family altogether. Most Asian families are still coping with their sons and daughters declaring themselves as gay. He’s Coming to Me offers a promising outlook where the reaction was positive. But let’s not ignore reality – there can be no glossing over the fact that many families still react negatively.

Homosexuality is often very difficult for LGBT Asians because our culture usually treats the subject of homosexuality with the tried and true method of silence. [source]

I don’t think this type of issue will ever be a top concern among BL authors. The way I see it, the drive behind the characters is more romantic fantasy in nature, and seldom do issues like “coming out” ever become a centerpiece of the narrative. However, aside from HCTM, Love by Chance and Dark Blue Kiss also feature “coming out” scenes, all featuring great performances by the actors, much to the delight of many.

Men don’t just fall (as if feeling weak) and have someone catch them and even kiss them afterwards and various versions of it. These clichés always make me roll my eyes. I find it in similar “cahoots” with amnesia (where an actor lost his memories and got played around with by the cast) or body-switching or identity snatching (having plastic surgery and pretending to be someone else). Cases in Point: Dark Blue Kiss, UWMA, Why RU.

Some may argue that I just didn’t get the point. Of course I did. I got the point in WhyRU because it was clear to me what the scene’s intent really is. There is no hard-line explanation necessary – it was done with a comedic flair, unlike having added a scene forcefully or just to create an impression that the “relationship” – quite conveniently – is moving forward.

Beautiful female characters are usually depicted as villainous – that they are the epitome of hatred. Not that they will do that in real life, but fans appear to be blindsided by the fact that these actresses are acting on a drama series. I mean these are attractive women who can snare any man they like. They definitely would not settle for a gay guy! Do female BL authors create imaginary female characters based on real-life experience? Were there instances when they like a boy, and some glam girl snatched him from under the author’s nose? Is this a case of revenge? Cases in Point – Together With Me, Make it Right, TharnType (to a limited degree).

Note to production crew: Please stop depicting female characters in a drunken state, it was never realistic, never has, never will. At least make them talk and act real.

Drunk Talk Isn’t Just Nonsense, According to Study. They say the truth comes out when you’re drunk. As it turns out, published research proves that statement is surprisingly accurate. When drinking alcohol, the tongue is freed up to say exactly what is in a person’s heart. [source]

Rape, bullying and physical violence actually happen. It happened before and it will happen again. Rape, in particular, should not be romanticized nor be made to be something normal or even idealistic. In some male + male romance, rape and bullying do happen, but it forms part of the relationship. For gay guys, if the relationship is between someone in his late 20s and another in his teens, it could be considered “rape”, since the other guy is not yet of legal age. This is especially real in TharnType, where scenes of rape and bullying and physical abuse and violence do happen. Some people get offended by it, but by God, this happens!

This is one particular WTF issue for me especially to those who think it is not real. This is also especially unrealistic – not the rape scene but the way it was explored afterward in The Effect. Two different series, two opposing views.

Boy B insists Boy A ‘pretends’ to be his boyfriend to get his girl back. [ read more ]

Androgynous (looking and feeling) actors are a big no-no for me. The reason why I didn’t like the main couple in Lovesick is that I find White Nawat to be too effeminate for my taste. The biggest attraction with Ngern and August (Lovesick’s second couple) is that both look manly and appealing – sexually and physically – that they seem the male ideal for BL characters. I felt the same with Earth Katsamonat, so watching him lessens the visual appeal of UWMA for me. We can argue about this until the end of time, but for a gay guy like me – knowing that a BL main character is kissing someone (who looks too effeminate) can be a turn-off. I mean, we are supposed to be watching a male + male romance, so the level of masculinity should be there. I don’t know about you, but this is my personal preference;

I have to say that Mame12938 has given BL audiences with the most authentic, in-your-face characterization of male characters in BL. Of course, these are all under her vivid imagination. Think of Elizabeth Knox (who authored The Vintner’s Luck about an angel and a winemaker who had a long-term relationship. It was a steamy male + male sexual relationship that works on many levels. The same can be said of Anne Rice and her Vampire chronicles where Lestat has an obvious relationship with Louis and Nicholas.

Again it boils down to imagination and if there is heavy research, observations and analysis to shape characters, and interviews conducted to make it realistic, kudos to the authors! But then again, publishing a BL novel to merely ride on its popularity can be easily distinguished. A fake is a fake – Nothing more. Nothing less.

The most I can be critical about other authors is how common the scenarios, story-lines, and characters they appear to me. I am not complaining about the school theme/genre. I can watch a thousand BL based in a school in different light and shades.

In the end, loving or hating a BL series depends on many factors. For me, I will not settle for anything less than what I prefer. I want my BL characters to be manly (not necessarily muscular) and beautiful, to face conflicts and problems as part of life, to love and seek romance and to be themselves. It can be a fantasy, in a faraway place, but there should be some semblance of logic for me to believe and have faith in it.