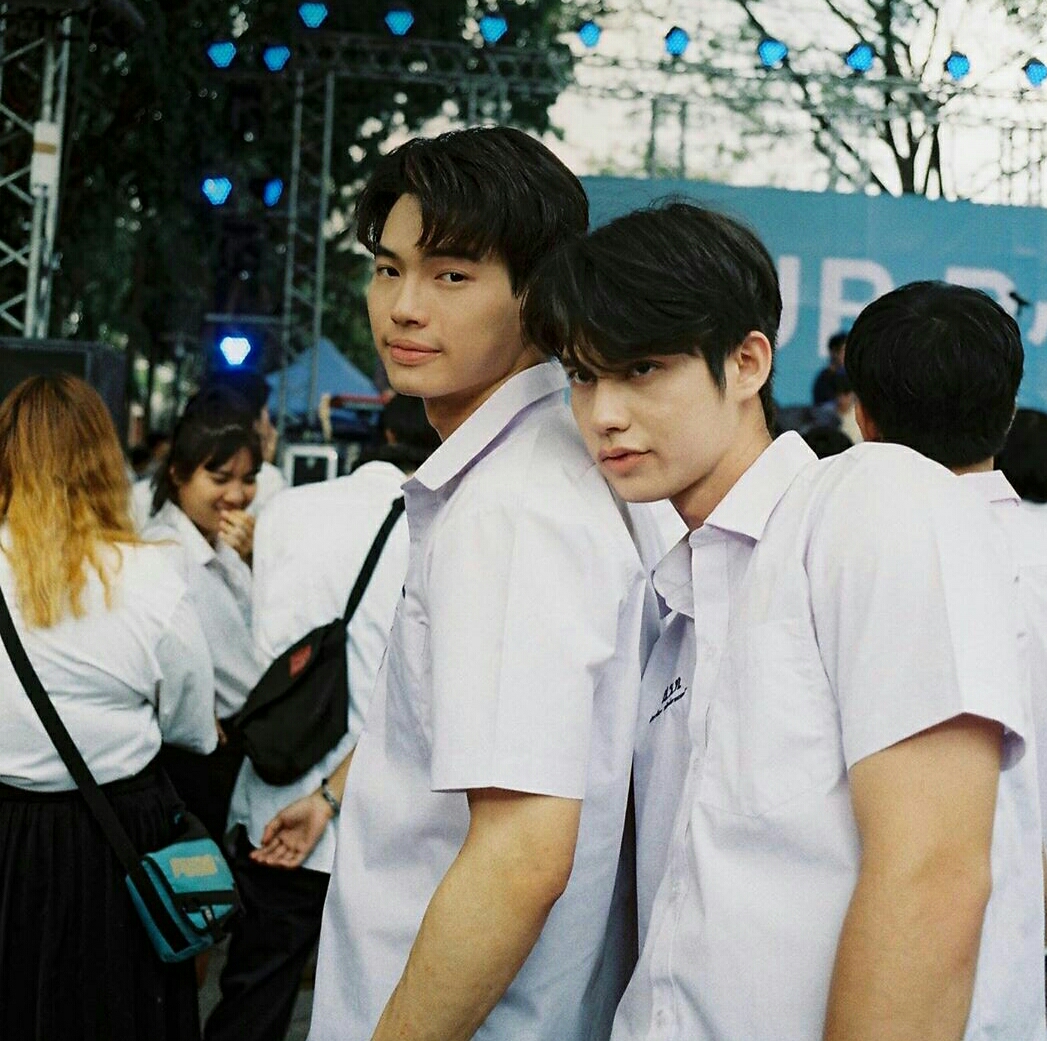 2Gether the Series puts the spotlight on Bright Vachirawit and newcomer Win Metawin!

One thing I love about the live-action 2gether the Series is how GMM-tv keeps on changing the story line, as compared to its original source. There are of course, scenes that are de rigueur, to keep the plot reasonable and free-flowing. It makes people forget about assumptions and gets them tuned in and turned on by the twists and turns. This coming Friday, Episode 6 is to air. (This article was posted previously) Even halfway through the series, its lead stars are grabbing plenty of the spotlight themselves while the series gets millions of views from fans.

With lots of YouTube reactors trying to outdo each other, some of them resort to spoilers. That is one of the reasons why the entire Thai BL universe is in an uproar. Not to mention the thieves that use YouTube to illegally simulcast the latest episodes and clips as broadcast by GMM-tv premiers. This ‘phenomenon’ can be attributed to this series BL watchers huge appetite to get more than what the current episodes offer as well.

Such curiosity has also been credited for the huge rise in the main actors popularity. Currently, Win Metawin, who plays Tine was touted by fellow GMM-tv, artists helping him to reach 1 million new followers on Instagram. His costar Bright Vachirawit gets double as he jumps to 2 million IG followers as of this writing.

Plenty of opportunities for magazine editorials, covers, interviews, events and brand endorsements are a constant, as both actors try to stick to their tight schedules. Both are lucky whereas other actors represented by less reputable companies have been the subject of controversies, and basically getting screwed over. We’ll focus on that in a special report later. Right now, the Bright-Win pairing deserves all the attention they are getting, and then some.

There is also a huge demand to see illustrations and memes of the characters – Sarawat (Vachirawit) and Tine (Metawon). Shown above are quality illustrations that rival even the best from Japan.

Newly-minted BL fans and viewers need to understand that 2Gether is produced by GMM-tv, one of if not Thailand’s most powerful and influential networks. It has the marketing muscle to promote the show aggressively, unlike smaller production companies with a limited budget for a similar level of promotion. However, the fact remains that Mr. Vachirawit has become one of the most popular actors around and should get credit for most of the series’ success. The whole cast and crew have done tremendously well in keeping the spotlight on their show.

On the issue of spoilers and that Bright studies his script and has read the novel, here is an excerpt of our previous article:

I agree that Bright is an extremely analytical and passionate actor. My profile of him speaks on that. To learn that he read the novel and is carefully analyzing his character is no surprise at all…..I would be shocked if he did not do what <has been> reported. |read more|

With Bright leading the way, Metawin also does his share to keep the spotlight on the series. The tight schedule has made him ‘skinny’ – an observation that Bright himself stated. For a newcomer in the biz, Metawin has more adjustments to do than Bright, who has done a good number of series already.

As a last word, news and rumors have reached us regarding a key element in the plot. It appears that the characters Sarawat and Tine will act on their “first-time” intimate scene. And that it was nothing but “physically exhausting verging on the violent.” Of course, with the recent move by GMM-tv to alter or re-edit scenes after original broadcast (Sarawat’s drunken kiss to Tine), it may turn out to be romantic after all. We will soon find out.