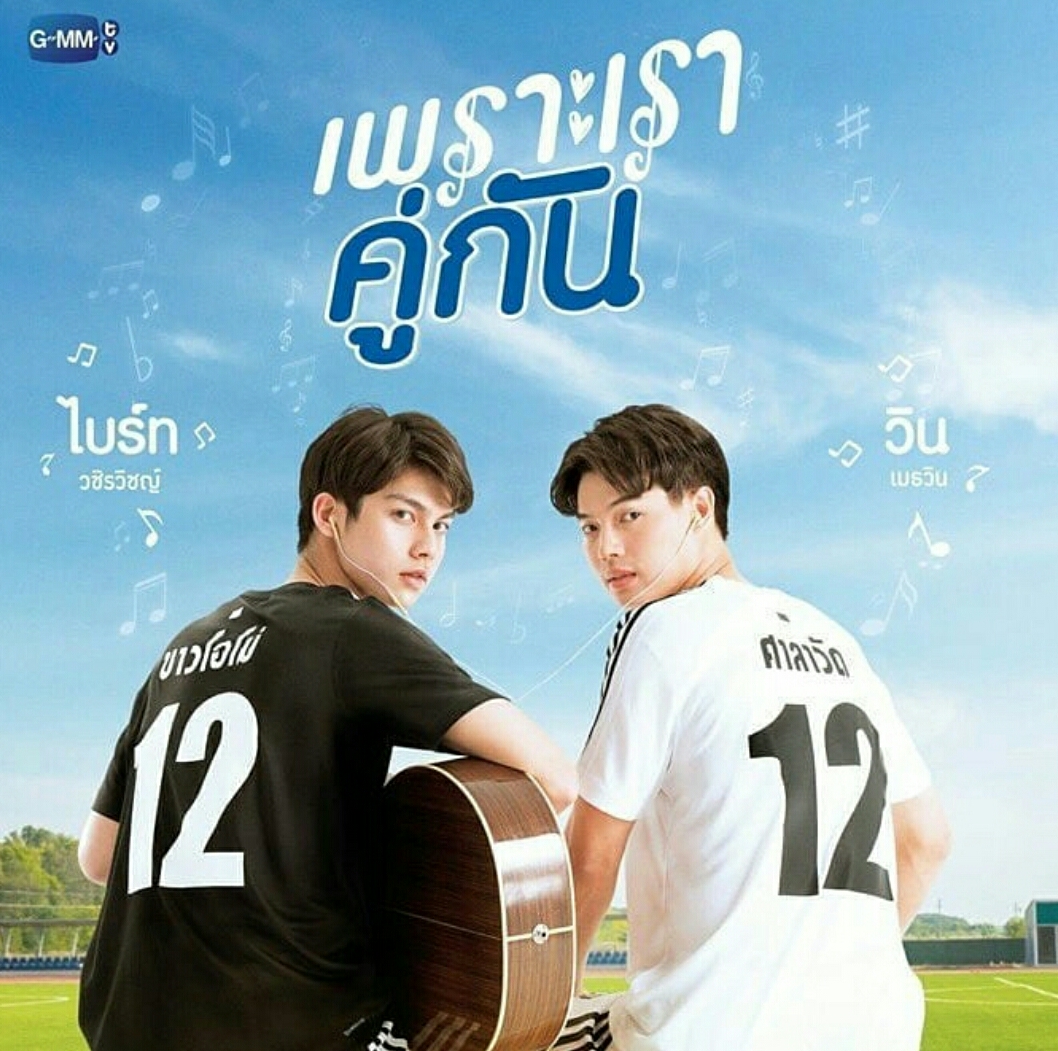 Dir. Champ Weerachit has been at the helm of GMM-tv shows since 2016 with the Senior Secret Love series along with Gun-Off’s Puppy Honey. He also directed Social Death Vote and Kiss Me Again. Such credentials pave the way for the live-action adaptation of 2Gether The Series – his most successful show to date, amongst these many hits. P’Champ, as he is fondly called by fans, is competitive and competent, and here he’s been able to adapt the best from previous BL series into a cohesive, full-on BL show that hits all the right spots.

How is 2Gether unique and special? What makes it Top 3 worthy?

Focusing on the main BL characters – Fans demand clarity and continuity for a show to be appreciated. In the case of TharnType, Dir. Tee Sintanaparadee put the focus on the main couple and never looked back. It serves as one of the most engaging BL dramas of 2019. The opposite can be said of P’Champ’s Kiss Me Again. Yet the way the BL couple of New and Tay was presented in this series made sense which fans loved – paving the way for a series exclusively for them in Dark Blue Kiss. Recent and previous BL shows are studies of contrasting successes. Having multiple couples can become quite problematic – especially when the director can’t control his cast or devote equal attention to all the scenes equally.

Pacing is Timed Properly – The dynamics between Sarawat (Vachirawit) and Tine (Metawin) is never hurried. The pacing is deliberate and the characters are explored on-screen extensively. Sarawat’s contracted “infatuation” towards Tine turns into something real and the fans are allowed to watch it unfold themselves – no props, no gimmicks – simple yet clear storytelling. Tine’s dense and clueless attitude was also explored with piece-meal revelations – allowing viewers to appreciate what he’s going through.

Reports indicate that P’Champ considers both negative and positive feedback into the equation – For a director to acknowledge “mistakes” or “shortcomings” or whatever you may call it, means he is confident of his own talent. He is so unlike egotistic directors who don’t accept critical analysis of their work. P’Champ takes this feedback and can choose anytime to adjust the show according to the compromises – and yield the best version.

P’Champ does not rely solely on the source material, but expands or changes it on the fly. The truth is, some YouTube reactors and fans are constantly trying to out-scoop each other by offering “assumptions” or spoilers of upcoming episodes. While we have no clear evidence of this, it appears that the production team and GMM-tv apparently got peeved by these “spoilers” and did something about them. Subtle, unpredictable changes in plot dynamics now occur that can render these “assumptions” incorrect. It’s to the point now that everyone waits – with bated breath – to see what will actually happen in the show.

Fantastic OST – Outside Thailand, who would have thought that there is a band called Scrubb? Rock, grunge-ish, modern compositions that may be sung in a foreign tongue, yet even International viewers identify with it. The angsty, romantic, philosophical lyrics are inspirational and uplifting in a very “today” setting.

P’Champ chooses both established and newbie actors. He also took on a cast from his previous projects. That means he already has a working relationship with most of his actors. That is in itself a distinct advantage since he knows his cast capabilities and limitations. Bright was one of his main characters in Social Death Vote – together with First Chalongrat, who plays Drake’s Mil buddy in this series.

P’Champ innovates on potentially censored content – The threat of violence verses showing actual violence is dramatically more effective. This implied violence heightens the suspense and “dread” of the scenes – the “not knowing.” This technique can also apply to intimate scenes, but not nearly as fun to watch. Additionally, Dir. Champ’s experience shows in technical terms – whether its editing, cinematography or background music applied.

Finally, I don’t care about P’Champs sexual orientation, he shows he does respect gays. The best example is Gun Korawit’s character, Green. Here, he is not a caricature, or stereotype, but instead a living, breathing character capable of right, wrong, and even bravery.

As of this writing, we only have 4 more episodes to go and fans are already clamoring for a second season.