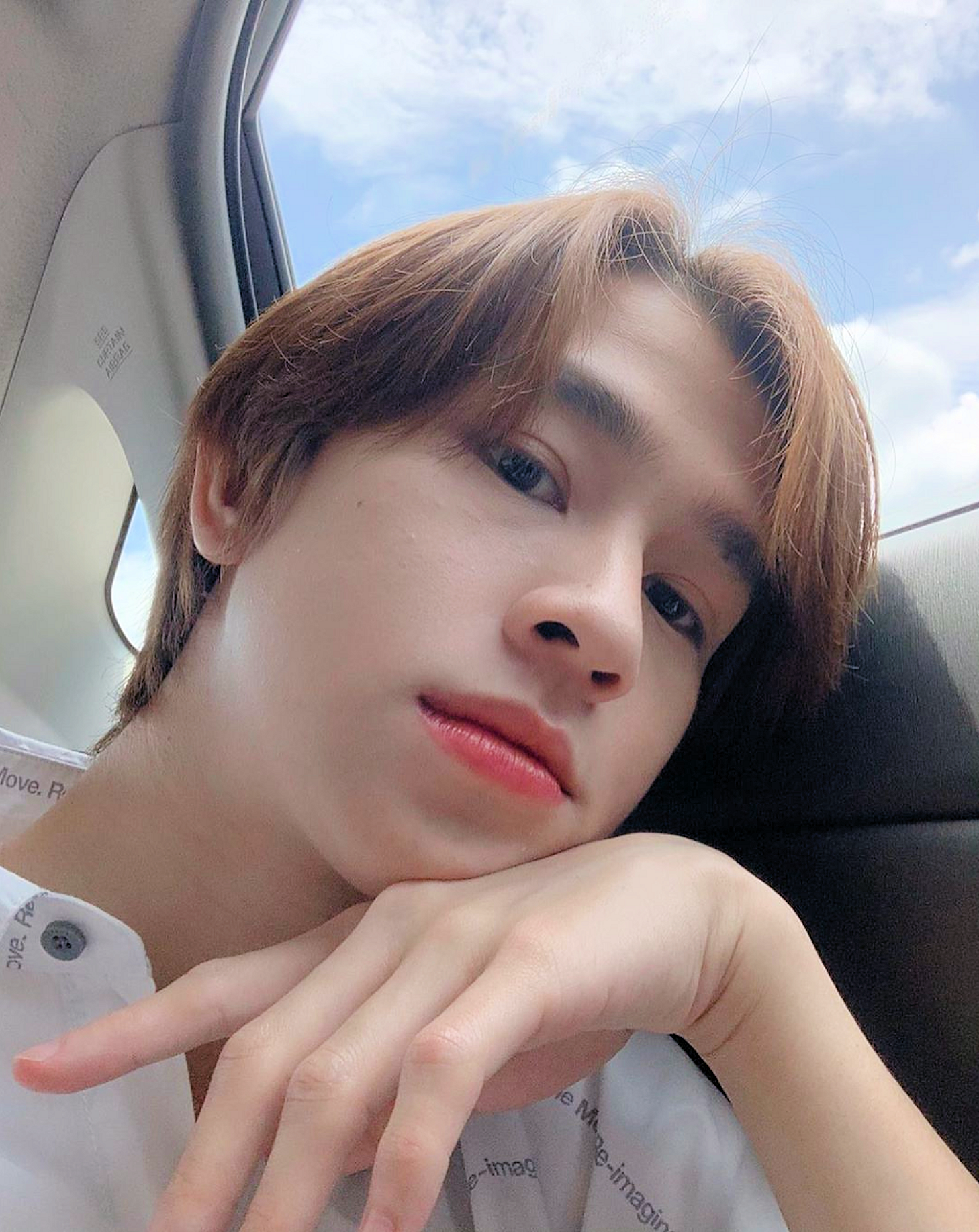 Fluke Natouch Siripongthon ณธัชศิริพงษ์ธร, was born on June 1, 1996, and is a Thai actor who became well known for his diverse roles in popular movies like My Bromance, Red Wine in the Dark Night and the reincarnation drama Until We Meet Again. Known initially as Pongsatorn Sripinta, in 2019, Fluke changed his professional name to Natouch Siripongthon.

Fluke As An Actor

Fluke’s journey as an actor isn’t limited to TV dramas, but also extends to movies. Fluke was first recognized for his acting talents when he was cast in the film Grean Fictions for a Support Role in 2013, along with other young actors in Chiang Mai.

The positive response to Grean Fictions landed him his first significant role portraying the character Bank in the movie My Bromance (2014). In it, he plays a young man who falls in love with his new stepbrother, Golf. Fluke leads the film with his convincing performance from start to finish. The journey of Fluke’s character Bank, from being perfectly docile to the hostile Golf, winning him over, to the final scene where he learns the truth about Golf’s sacrifice. Bank has a devastating breakdown, Natouch was brilliant in every frame.

After playing the gentle Bank in My Bromance, Fluke went onto shock the audiences with his portrayal of Wine in his next movie, Red Wine in the Dark Night in 2015.

The film revolves around Wine, an innocent young man, unlucky in love. He meets an amnesiac vampire Night, who can only survive on human blood. Though the film received mixed responses, Fluke was highly commended for his nuanced portrayal of his character’s varied emotions. From being a caring lover to Night, to mercilessly killing his ex Tee and sugar daddy Boy, to help keep Night alive, Fluke’s performance was unparalleled.

In his next noteworthy film, Fluke was cast in the role of queer Yorla in the horror movie “Ghost Ship.” As always, Fluke played Yorla with flair and honesty that made the character relatable. The audiences fell for the innocent and straightforward Yorla, who managed to bring welcome comic relief in between the gruesome scenes plaguing the ship.

Fluke has had an extensive acting career in TV dramas as well. He has played Support Roles in the series like LOL: The Series, Wai Sab SaraekKad 2, and has also played the leading role of Ayang in Part of Love.

However, Fluke’s breakthrough role was when he was cast as the lead in the adaptation of the novel The Red Thread, airing as “Until We Meet Again.” Reincarnation is a subject that has been portrayed occasionally in film and dramas but not in such solemn terms. Playing the main lead traumatized by a past life’s memories isn’t easy. The script called for Fluke to portray two different characters at times later in the series. It takes lots of preparation on both physical and mental levels.

Pharm’s character is distinguished by his innocence and sweet nature. Yet he is continually facing inner-demons in the form of his recurrent nightmares that he doesn’t fully understand.

The scene where Pharm first sees Dean sets a precedent for their journey. Fluke is adept in bringing to the surface the feelings of confusion and yearning that Pharm feels on seeing Dean –  an almost blank look, hiding the torrents of thoughts going inside his head. It was like they have known each other for a lifetime.

This particular scene in Episode 7 drew a lot of appreciation for the way Fluke was able to emote the angst, his character Pharm felt. Pharm is finally coming to terms with the fact that he and Dean might have a connection to each other from a past life. Fluke embodied the sadness that Pharm felt so well that it appeared effortless.

However, Fluke’s acting talents were challenged to be his best in the Season Finale, where Pharm encounters his Grandpa, a real source of strife behind Korn and In’s suicide. Fluke effortlessly channeled the fury that Intouch felt in flashbacks seeing his lover Korn commit suicide and was inconsolable as he fought and cried his heart out. It made viewers sit up and take notice of what an extraordinary actor he is.

However, my favorite scene is when Pharm has a vision about Korn and Intouch, finally being at peace. The way Fluke expresses the happiness Pharm feels is unforgettable.

Fluke’s Chemistry With His Co-Stars

Fluke’s chemistry with his My Bromance co-star Fluke Teerapat Lohanan is sweet, as they both lit up the screen. At first, Teerapat’s character, Golf was arrogant and hostile; Fluke, playing a guileless Bank, did everything he could to win Golf over made the audiences fall for this adorable couple.

Their cute pairing set them apart and seemed so right, so most audiences could not reconcile with the couple’s break up and subsequent separation. Natouch has a formidable presence, and ardent fans enjoyed watching him turn Teerapat’s hostile character Golf to be more amicable and loving.
The sequel My Bromance 2: 5 years is still under wraps, and the fans can’t wait to see #2fluke together again.

Fluke’s chemistry with his UWMA co-star and very close friend Ohm Thitiwat is off the charts. They both are very comfortable with each other and are seen regularly at fan events, enjoying working the crowd together.

Despite being older, Fluke looks up to Ohm, and at times, their closeness betrays their genuine affection. Not just UWMA cast and crew, but their managers also love to ship them together (to ship – a term used to describe fans taking previously created characters and putting them together as a pair, usually in a romantic relationship. “Shipping” could be short for “relationSHIP.”)

It is said that during workshops and rehearsals, they prefer spending time with each other and make suggestions to improve their performances. Both of them are very private people, and as such, find it easier to open up to each other easily.

It’s been over a year since #Ohmfluke met for the first time, and the #MyBluexOhmFluke fans recently celebrated their first Anniversary. For this occasion, Fluke posted a lovely message thanking Ohm, which warmed the hearts of fans.

“Time always flies, but memories never do. This photo was taken one year ago when we first met and were introduced to each other as partners in the roles of ’Dean & Pharm.’ It’s a year that has taught me brilliant lessons. A year that I have got to know many incredible people, including you na P’Ohm. And a year that has ever changed my life. Happy 1st Anniversary.“

Fluke As A Person

Fluke is a very humble person and is always respectful to everyone around him. He recently completed his graduation from the Faculty of Arts, Suanboonyopatham Lamphun School, Dhurakij Pundit University. Fluke is said to be considering pursuing his master’s degree next in English. His graduation ceremony was a gala event, attended not just by vast numbers of fans but also by the entire cast and crew of UWMA. He spent most of the time interacting with the fans, who were thrilled by his kindness and attention.

Fluke is also very close to his UWMA co-stars Boun Noppanut Guntachai, Prem Warut Chawalitrujiwong, Samantha Melanie Coates, and can often be seen enjoying his time interacting with them. Their camaraderie online is humorous and makes everyone smile.

However, one of Fluke’s most talked-about relationships is his friendship with Earth Katsamonnat Namwirote, who played Pharm’s past self Intouch. The close friendship these two stars share is adorable, and they often entertain fans at various events with their over-the-top theatrics.

Fluke has a consistent graph of success when it comes to taking up challenging and varied roles. He is an exceptionally talented actor and loves reading books of various genres. I’m a big fan of his dedication and looking forward to watching re-enact Bank in My Bromance 2: 5 years. That being said, my personal bias will always be #Ohmfluke because of the kind of chemistry they have on-screen and off-screen, and I’m hoping they would soon again star in another drama together.