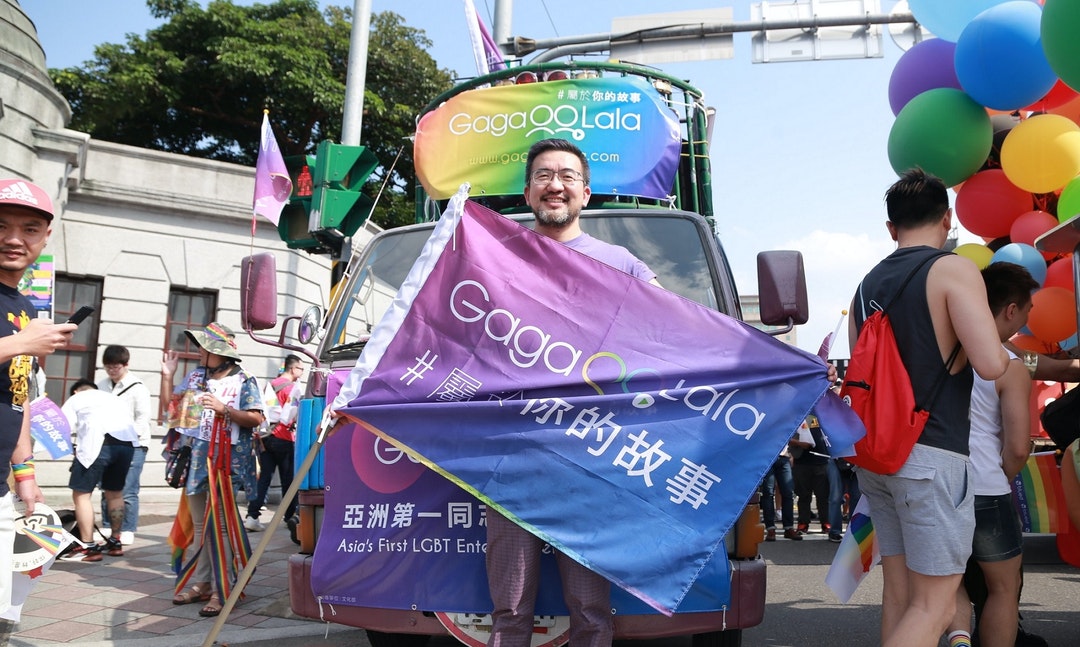 Taipei-Based Streaming Service boasts one of the largest selection of Gay films and Series!

Film Journal ScreenDaily interviewed Jay Lin in 2018 and reported on the LGBTQ+ scenes in Asia. As the CEO and prime mover of GagaOOLala, among others, Mr. Lin is known for his “planting trees”, a special term he uses about his many projects that serve the LGBTQ+ community. This article is a precursor to a special feature we’ll be launching about the streaming service and of Mr. Lin.

“A lot of premium LGBT-themed content just wasn’t finding any buyers in the region, whether theatrical, TV or digital,” says Lin. “But OTT (an ‘over-the-top’ media service is a content provider that offers standalone streaming media as a product) exists beyond borders and beyond traditional cable restrictions, and that motivated us to create an LGBT service that was greater than just Taiwan.” Initially launched in Taiwan in March 2017, GagaOOLala is now also available in Hong Kong, Macau, and the ten ASEAN territories (Brunei, Cambodia, Indonesia, Laos, Malaysia, Myanmar, Philippines, Singapore, Thailand, and Vietnam). |Full article @ScreenDaily|

Fast forward 2 years later, the streaming service has expanded globally – and will be accessible from anywhere in the world in a few days. It targets May 2020 for a global launch.

Jay Lin is a recipient of Newsweek’s 15 members of Creative Class of 2019. The award salutes “innovators who have developed creative solutions to the problems that face our world,” and Mr. Lin was recognized as an LGBTQ rights activist.

Jay Lin is the CEO of Portico Media, a Taiwan-based media company specializing in the distribution and production of digital content for Film, TV, and the internet. He is also a prolific producer of web-video content through his HahaTai, LalaTai, GagaTai websites. In 2014, Jay co-founded the Taiwan International Queer Film Festival (TIQFF) and, in 2016, launched GagaOOLala and Queermosa Awards. He is also a gay day and father of twin boys and is learning every day how to juggle work, civic participation, child-rearing, and getting that occasional but very crucial sleep-in.