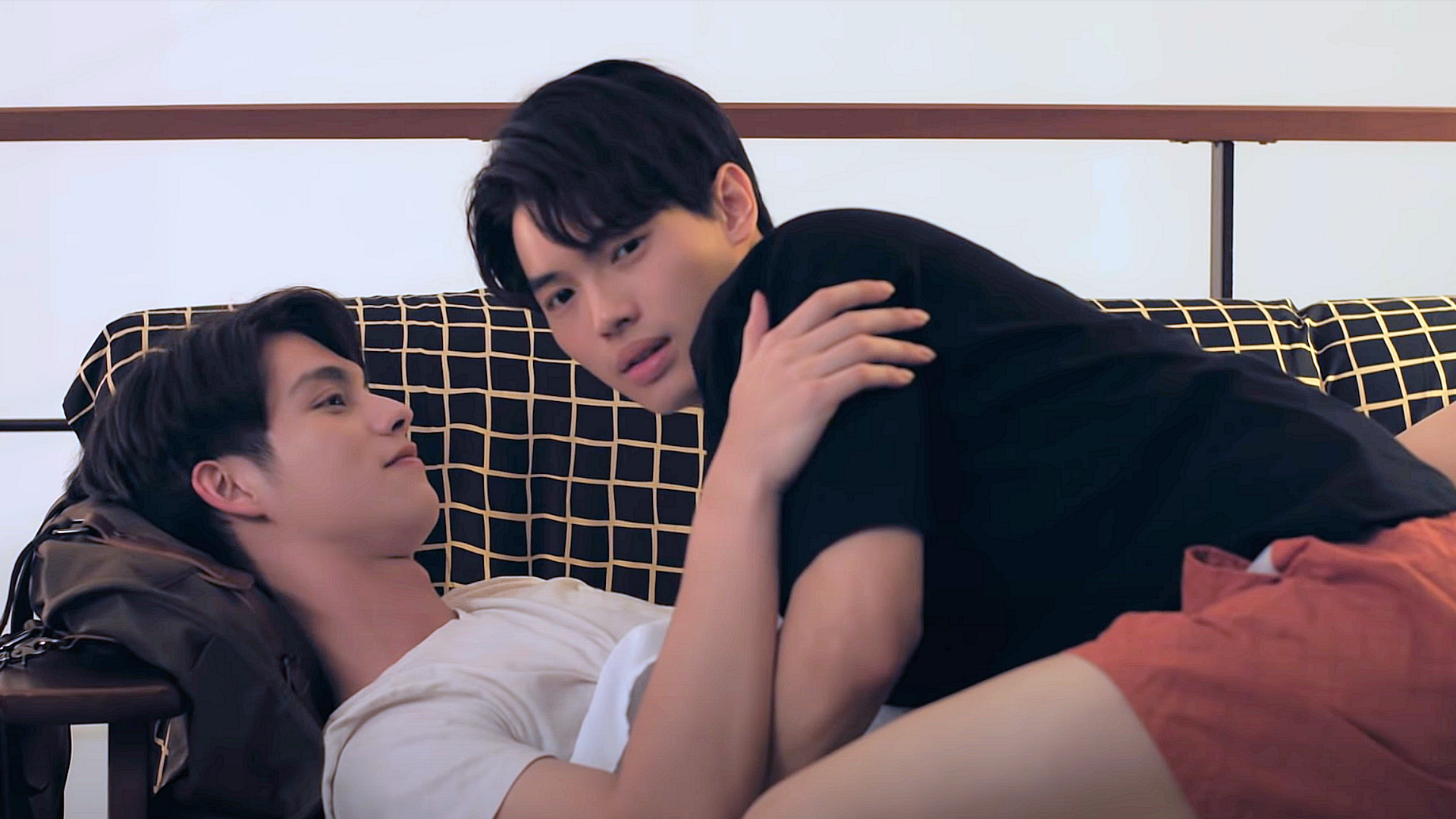 I only have a minor complaint about 2Gether, and everything else is more than A-okay for me. You see, this series is the kind of BL that can feature twists and turns and still focus on the main characters without skipping a beat. Episode 10 showcases a highly-strung Tine, portrayed with surprising believability and confidence by Win Metawin. Here is an example of how a director can properly guide a greenhorn and bring out the best in his performance.

A greenhorn is a neophyte or a beginner. In this case, Win Metawin is an inexperienced actor who has been thrust into the spotlight via this series, and to play a gay/BL character is enough of a challenge. The “showcase” I’m speaking of is Tine’s emotional outburst in front of Sarawat (Bright Vachiravit) – which is especially poignant and endearing – because it’s an admission of love.

Episode 6-9 are personal favorites. I think they elevate what is an otherwise simple story with equally ‘normal’ characters in a BL universe. However, much of the credit goes to Dir. P’Champ for offering certain elements of surprise, romantic undertones, improvised violence and confrontation, and carefully chosen comic relief. The result is multilayered entertainment that is best seen with multiple viewings. Some were thinking that Episode 10 may be the drama’s plateau but I strongly disagree. I think the best is still to come, without discounting the current episode.

So, what’s the Ep10 highlights?

There’s a recent article by CNN Philippines ‘lamenting’ the fact that the Philippines has no BL series. Apparently, the author is not yet aware that there are 3 BL series in the making – courtesy of AsterisK Entertainment of Kristian Kabigting. Here’s an excerpt of that article, which centers on 2Gether as a point of reference:

… the BL genre isn’t perfect. It’s a genre that is concerned with narrating gay feelings, specifically the joys and confusion brought about by young gay love. But it isn’t always concerned with telling a realistic portrayal of the gay experience. The genre has a tendency to be problematic, relying on tropes that neglect the nuances of the homosexual life. |source|

The series has 3 remaining episodes and everyone is waiting for ‘Frigay’ to continue the Sarawat-Tine saga!