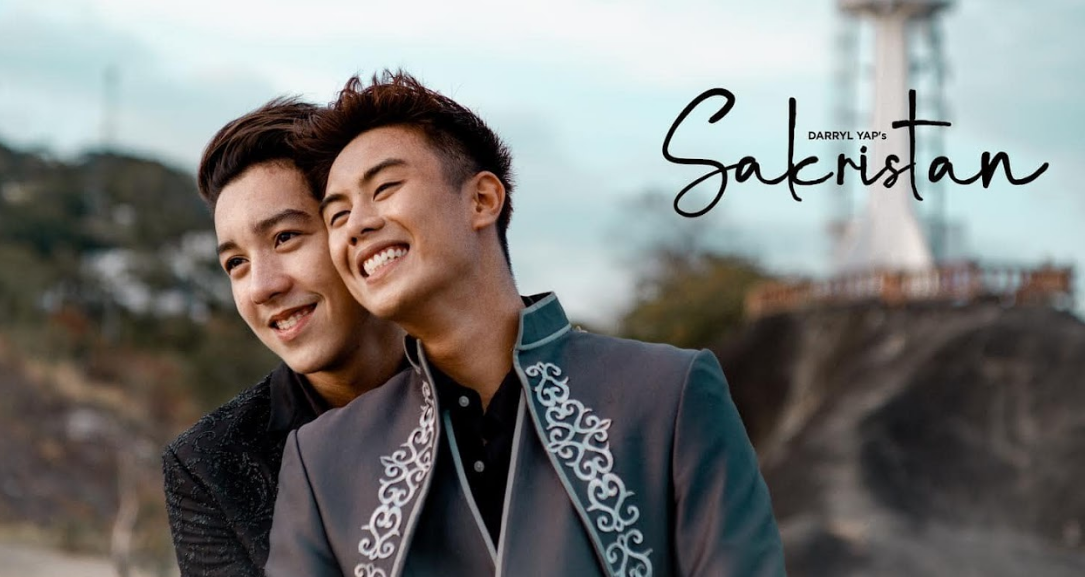 Maligned even before it was shown, Sakristan’s premiere started with a big bang! Like a GMM-tv BL premiere, the chats are populated with eager and excited fans. In the case of Sakristan, there is already an assumption of defiance and notoriety. The opening credit baits conservative viewers to have an open mind. On the other hand, it offers a comedic ‘remark’ to a captured audience that is waiting with bated breath.

Dir. Darryl Yap offers something unique that is not entirely BL (Boys Love) but is more of a gay coming-of-age. The feel is indie – raw acting yet complemented with superior techniques. How so? Given the restrictions of the current pandemic, the scenes captured the Philippine countryside, which is relaxed, balmy, and traffic-free. The soundtrack is sexy and hauntingly beautiful. Even at Episode 1, it’s comparable and competitive with most Thai BL scenes of the past and recent years.

You can watch the episode on Vicentiments official YouTube channel.

Let’s see. What the series is all about?

An athletic scholar, Zach (Clifford Pusing), is ordered by the school board to become an altar server as a punishment for an offense he committed. The board believes this will keep him away from usual mischievous activities. The altar servers follow a buddy-buddy system where the sheep (a term used to refer to newbies) is partnered with a senior altar boy, called the shepherd. Because of his notoriety, Zach is assigned as the sheep of the head of the shepherds, Christian (John Henry Villanueva).

Episode One offers both current events and flashbacks to bring viewers to the status quo. Christian quits being an altar boy in his pursuit of personal happiness, which is Zach. Yet happiness appears less of the logic behind his actions, but rather an impetus to do the right thing.

So here’s the rub:

A certain scene evokes emotions for the Catholic faithful and it’s a sincere tribute from the filmmaker, who is currently being subjected to criticisms by the same people whom he shares faith with.

At less than 20 minutes, Episode one encapsulates the challenges of a young boy’s quest for spirituality and for his own happiness. He has made his choice. Is it the right one?