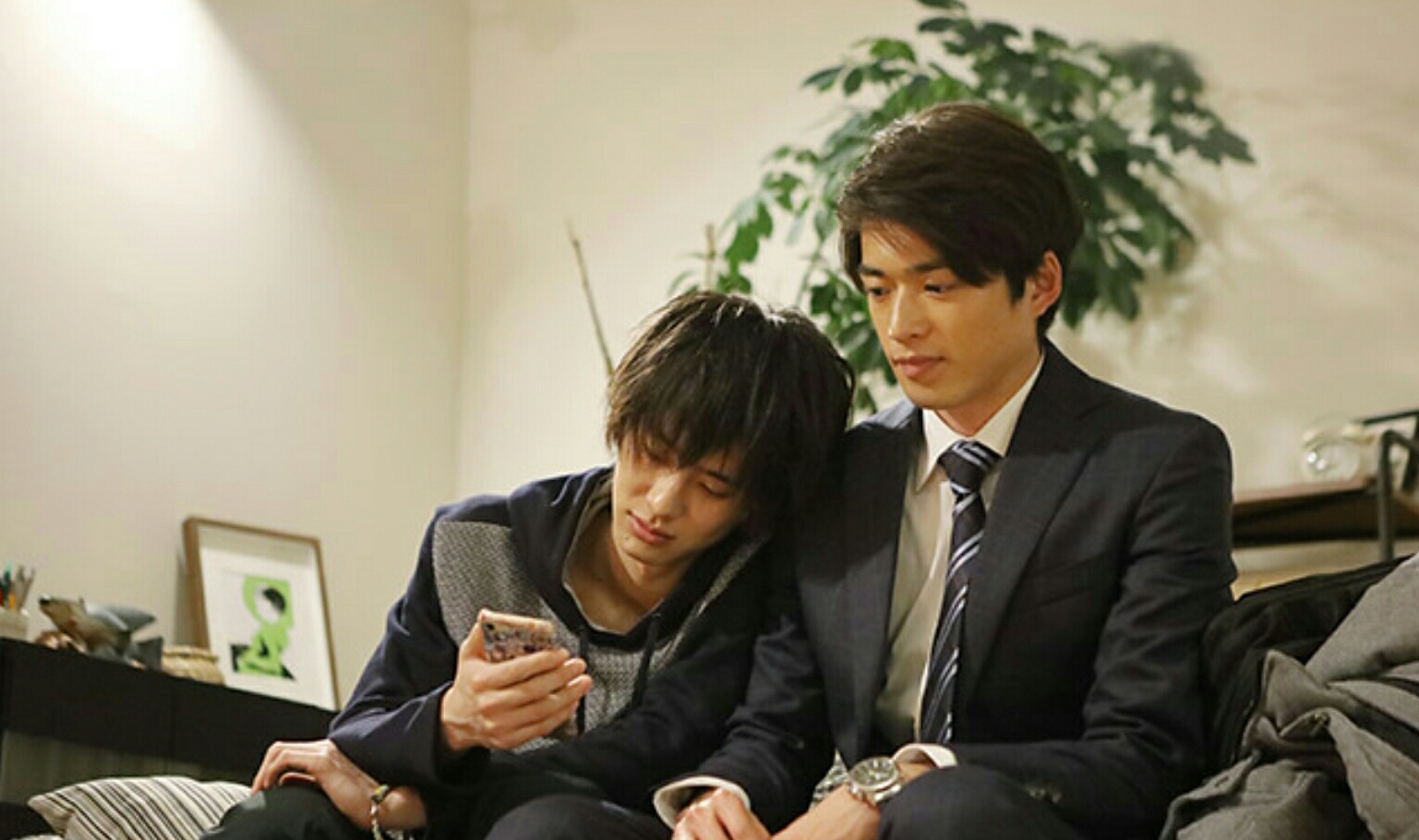 Also known as Life on the Line, this BL mini-series (4 episodes) will premiere on June 19th, 2020 at Rakuten TV. Based on a manga written by Tsunekura Zoya, it tells the tale of two boys with opposite personalities who fall madly in love.

Ito Akira (Shirasu Jin) is a serious and reflective kid who encounters the childish and more adventurous Nishi Yuuki (Raiku). They met during a single-player game of White Line Game on the way home from school. Falling in-love, Ito soon gets frustrated over the limitation of their on-going game. Due to intensely felt emotions, he suddenly kisses Nishi, and their tale of love, romance, and life-long challenges begins. Over the years as they mature, they remain together, still very much in love.

The omnibus drama has an official Website complete with character tree and storylines, in Japanese – that we sourced information for this article.

Shirasu Jin (白洲迅) – 27 y.o. – plays Ito Akira, a character of a very serious disposition in this BL series. He is a former contestant of the Junon Super Boy Contest, a highly competitive competition in Japan where many of its contestants later became famous actors or fashion models. Shirasu debuted in the musical Prince of Tennis 2 in 2011, and began appearing in television dramas in 2013. His specialty is drama-musical, being one of the leads in Prince of Tennis, and Hana Yori Dango (Boys Over Flowers) in 2016.

Raiku (楽駆) – 23 y.o. – portrays the childish and naughty Nishi Yuiiki. He is a relative newcomer to acting, with projects that started in 2018. This is his first major role and BL character portrayal to date.

This drama is directed by Ninomiya Takashi, who took the helm in Itazura na Kiss: Love in Tokyo S2.