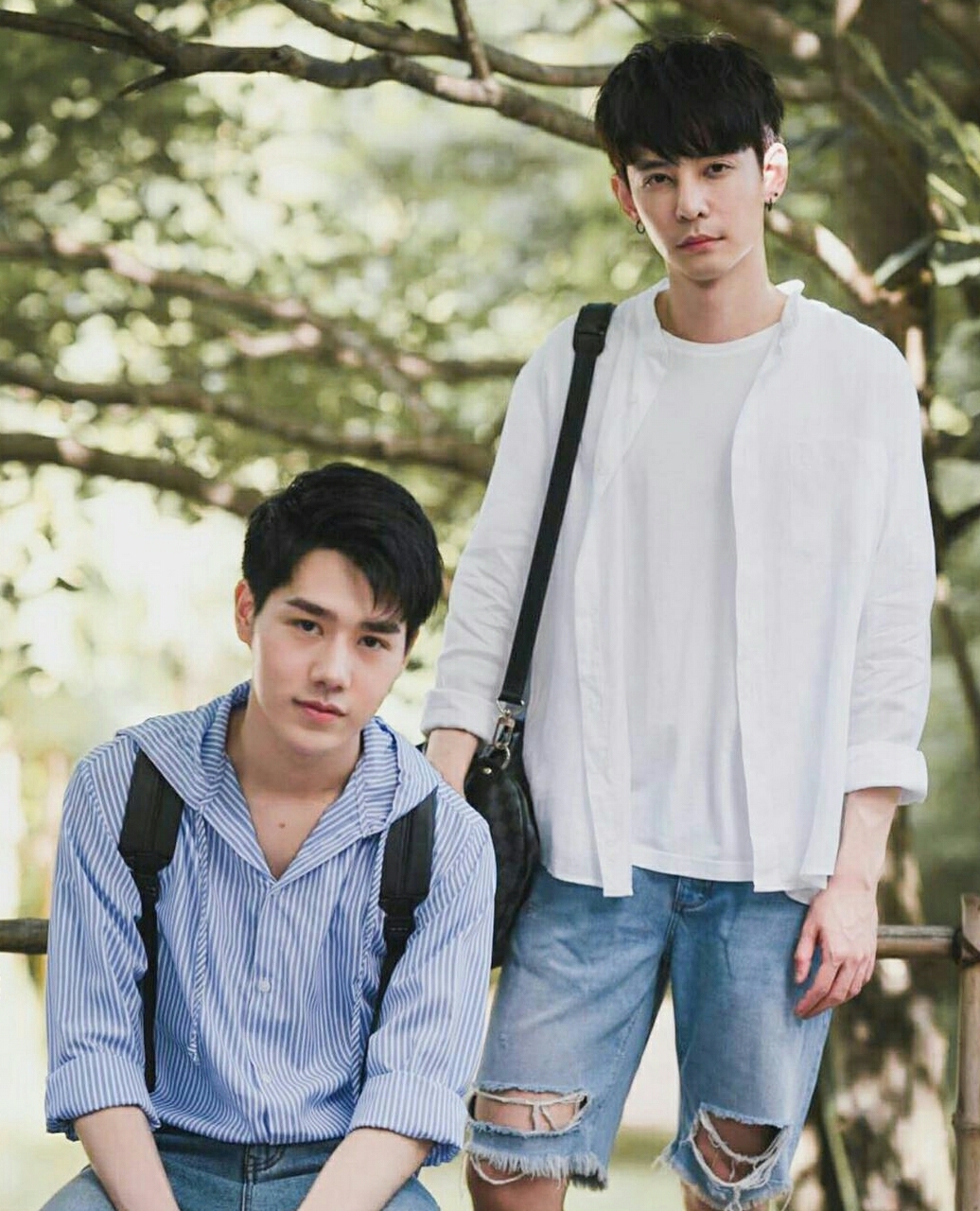 14 September 2020 updates: In an unusual case, all of our staff like the show. The series has had its premier and we’ve posted our first review of Episode 1

13 May 2020 updates: During a Facebook ‘live’ featuring the main stars of the series, it was revealed that the May 2020 release will be further postponed. However, the actors are reassuring fans that the postponement will not be “too long”. Reports have it that it may air July 2020, but no official confirmation as of this writing. We’ll update this page once the schedule of the series is announced.

Based on the series by Chesshire, with illustrations from Suki, comes Oxygen the Series. Slated for a 2020 release, this upcoming Thai BL drama is about 2 young boys from an extremely different upbringing. Living and working independently, Gui may find life challenging, but he never runs out of a smile. Solo, who was born with a silver spoon, has everything but a smile.

Reactions: At less than 4 minutes, the teaser clip is oh-so-sincere, romantic, dramatic, and intriguing. There are scenes about different kinds of relationships – from the sentimental and romantic to familial. I am growing to like the leads’ chemistry because both of them use their eyes to convey their feelings. It’s the hardest acting to do unless you can truly internalize what you feel and are falling for another guy (if you’re straight) is not so easy to express. But then again, we have Dir. Jane to push his actors.

I like that the couple is composed of a tall guy and a not so tall one. There is such authenticity about their interaction that tells something about how they study their characters and how they will live and breathe those characters in the drama. I hope that makes sense.

And we have female villains here…

Overall, the clip doesn’t offer anything that’s going to revolutionize Thai BL industry, but it’s still a solid work from one of Thailand’s most prominent BL filmmakers.

Here is the synopsis as before:

When the two met in a small coffee shop late at night, sparks flew and it became a daily routine. Before they realize it, they’ve virtually become each other’s breath, and these encounters are becoming a necessity, like oxygen.

I have absolute faith in this series – Jane Botta (who previously helmed Sotus S and Our Skyy) will direct. Botta impresses with the ability to produce free-flowing, but tight scenes that make sense once the whole episode is shown. That clarity is one aspect that some Thai BL series lack.

Here are photos courtesy of the series, Twitter page.

Supanut got the total package – the looks and hopefully the acting potential.

Boss Thanabat (below) is tweeted by Dir. Botta. He’s playing Kao Ashira, one of the main characters in the series.

Another member of the cast, Rapeepat Aimphan.

RyanTheOrangeLion is the English translator of the above books. More details here.