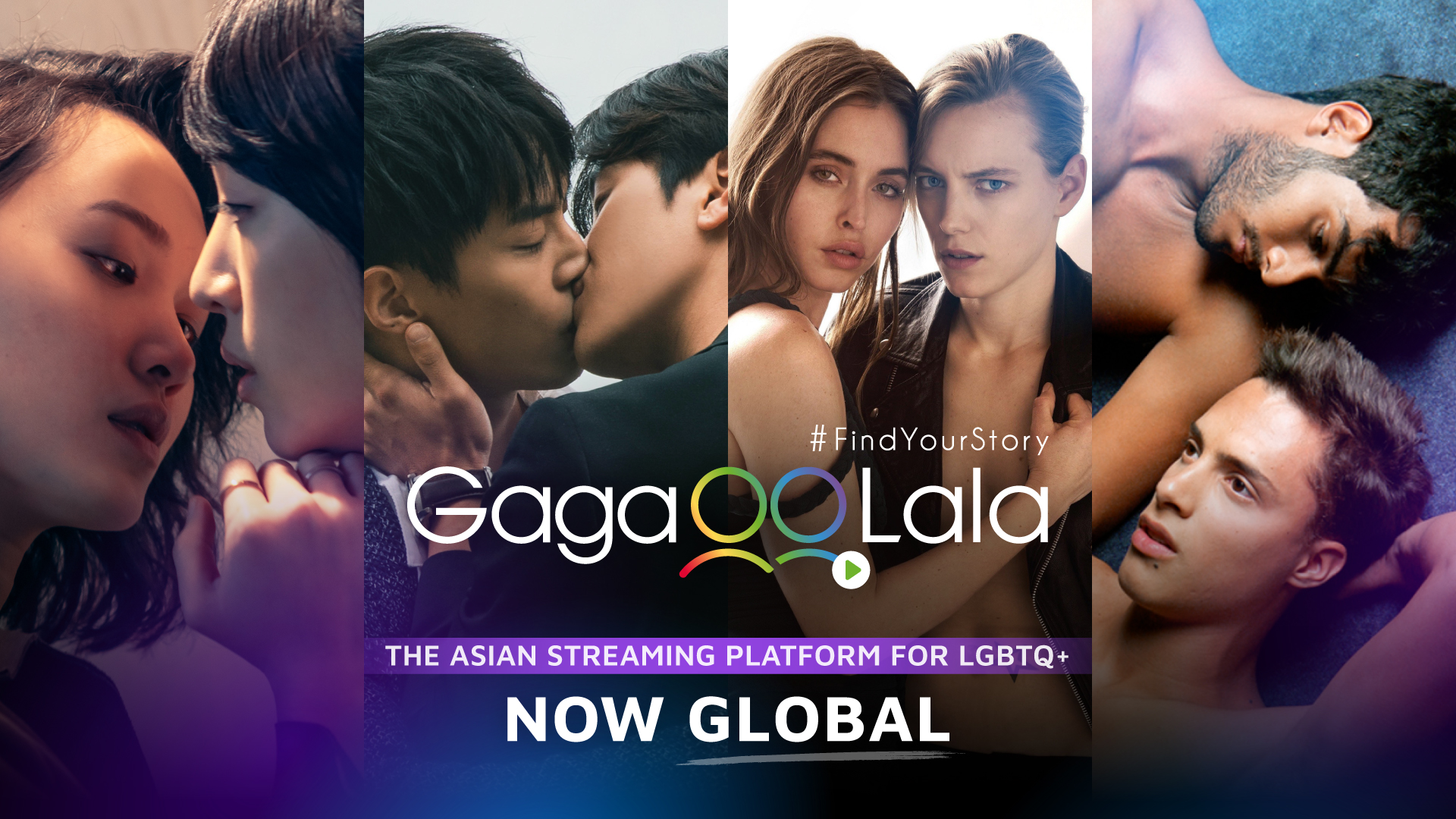 Asia’s first streaming platform catering to the LGBTQ+ community, GagaOOLala, is launching globally in May, 2020. Originally founded in 2016, the service had expanded to other Asian territories during the past years, and it is now available worldwide featuring a rare catalogue of Asian LGBTQ+ content from countries such as Japan, South Korea, Thailand and its native Taiwan.

Portico Media, the company behind GagaOOLala, was one of the co-founders of the Taiwan International Queer Film Festival, once the bigger queer film festival in Asia, but after three editions they realized it was not enough. “There was a lack of LGBTQ+ content available all year round in Taiwan and the rest of Asia. A physical film festival happening during a few days was not the solution, we needed something 24/7. The situation in many Asian countries is still dire, in some of them homosexuality is still considered a crime. We needed to provide easier access to LGBTQ+ stories to let them know they are not alone,” explained Jay Lin, Portico’s CEO.

Most of GagaOOLala’s catalog will be composed of features, shorts, series and original productions from key Asian territories such as Taiwan (Bao Bao, The Story of the Stone, The Substitute), South Korea (Fantasy of the Girls, Spa Night, Method), Thailand (Fathers, Love Next Door, Driver) and Japan (West North West, Athlete, Starting Over), and others. Besides the special focus on these areas, GagaOOLala will also host some of the most popular BL series such as Dark Blue and Moonlight or 2020 Because of You. Boys Love is now a global trend with thousands of followers of this unique Asian genre all around the world, and GagaOOLala wants to become the de facto home for this genre.

Among the key titles that the service will incorporate during the upcoming months are the sequel to the Thai/Japanese phenomenon Present Perfect, Present Still Perfect, the online world premiere of the gay French thriller 7 Minutes, the supernatural BL trilogy Ghost Boyfriend, and the Korean military-themed Black Stone.

The launch date is not coincidental. May, 2020 is the one-year anniversary of Taiwan becoming the first country in Asia to legalize same-sex marriage. GagaOOLala, as part of the Marriage Equality Coalition, was one of the main entities pushing for passage of the law. To commemorate this milestone, the service will also launch its original documentary Taiwan Equals Love that follows the island’s path towards marriage equality.

GagaOOLala is now available worldwide for 6.99 USD/month. The platform also offers a free section of films for those staying at home during the current global pandemic. Among the 30+ free to watch films are the Berlin International Film Festival Teddy Award Winner Brief Story from the Green Planet, and the Teddy Award Nominee Hong Kong drama Soundless Wind Chime.

GagaOOLala is currently available on web version, as well as Android and iOS apps. All films include English and Chinese subtitles, with more languages coming soon.