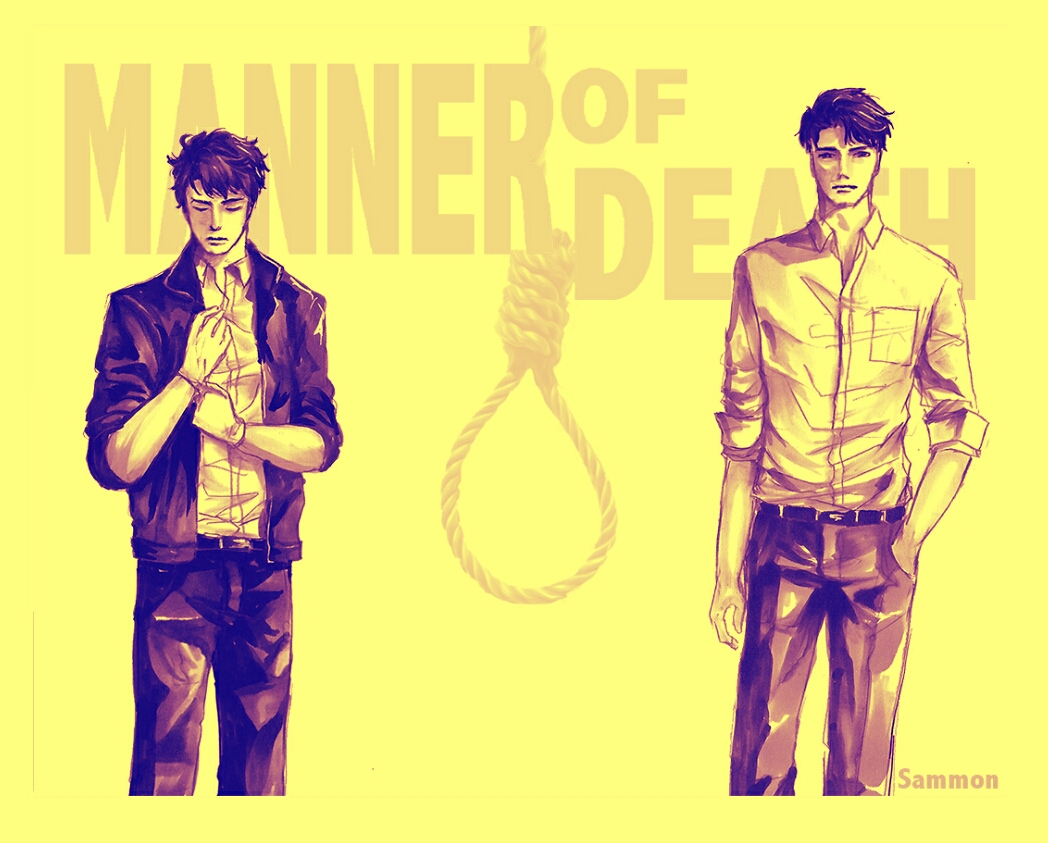 An upcoming BL series is gaining plenty of interest and fans have been very curious. While highschool BL romance have been at the forefront of Thai BL shows, certain authors have dived into the pool to challenge the status quo and offer a different – albeit – more mature, cerebral, and thrilling storylines – making BL more substantive and relevant. Written by Sammon, the new series is entitled Manner of Death. It’s about a forensic medical practitioner and his brush with danger amidst romance and career challenges.

The level of intrigue, suspense and action of the source material Manner Of Death Series is something you simply can’t put down! Characters are not only interesting, but they’re complete with flaws and traits which make them character studies for all of us, the readers. There is something about them that screams ‘you’!

Aside from the doctor – who is the main character, there is a handsome prosecutor, a mild-mannered, somewhat fragile female intern, and an intriguing costar who has all the right stuff.

Author Sammon (also a Doctor) confirms the go-signal for the series to start pre-production activities last April 2010. The first 10 chapters of the book were translated here.

A Forensic expert, Dr. Bhanjit, examines the remains of a woman whom it was assumed had committed suicide. However, further examination reveals disturbing signs of a possible murder. A stranger visits the doctor and warns of repercussions if the Dr. decides to pursue the case any further. The good doctor ignores this warning – even though the stranger had been explicit with his message. His prosecutor friend disappears when told of the incident. When the Dr. decides to investigate, a prime suspect – a young man named Tan adamantly rejects the doctor’s findings and offers to volunteer to help.

Where’s the BL is all of these? Well, our good doctor has managed to keep his real identity a secret after he attends University to become a doctor. During his high school days, it was rumored that he was involved in romantic liaisons with other young boys like himself. Social pressure and bad experiences push Dr. Bahnjit to alter his character and develop a different persona amidst this inner struggle and self-identity crisis.

Author Sammon informed Psychomilk that there can be no further revelations until there is a go-signal from the production team. Further news will be posted after May 2020, so we can presume that updates will be announced this coming June. A survey we conducted shows massive support for Mew Suppasit and Gulf Kanawut, while there were fans who prefer Saint Suppapong and Zee Pruk, Luke Plowden and Win Metawin, and Tul Pakorn and Max Nattapol.

There is no casting announcement yet. The production team may even audition for new actors. Stay tuned for more updates! It may come sooner than you think.