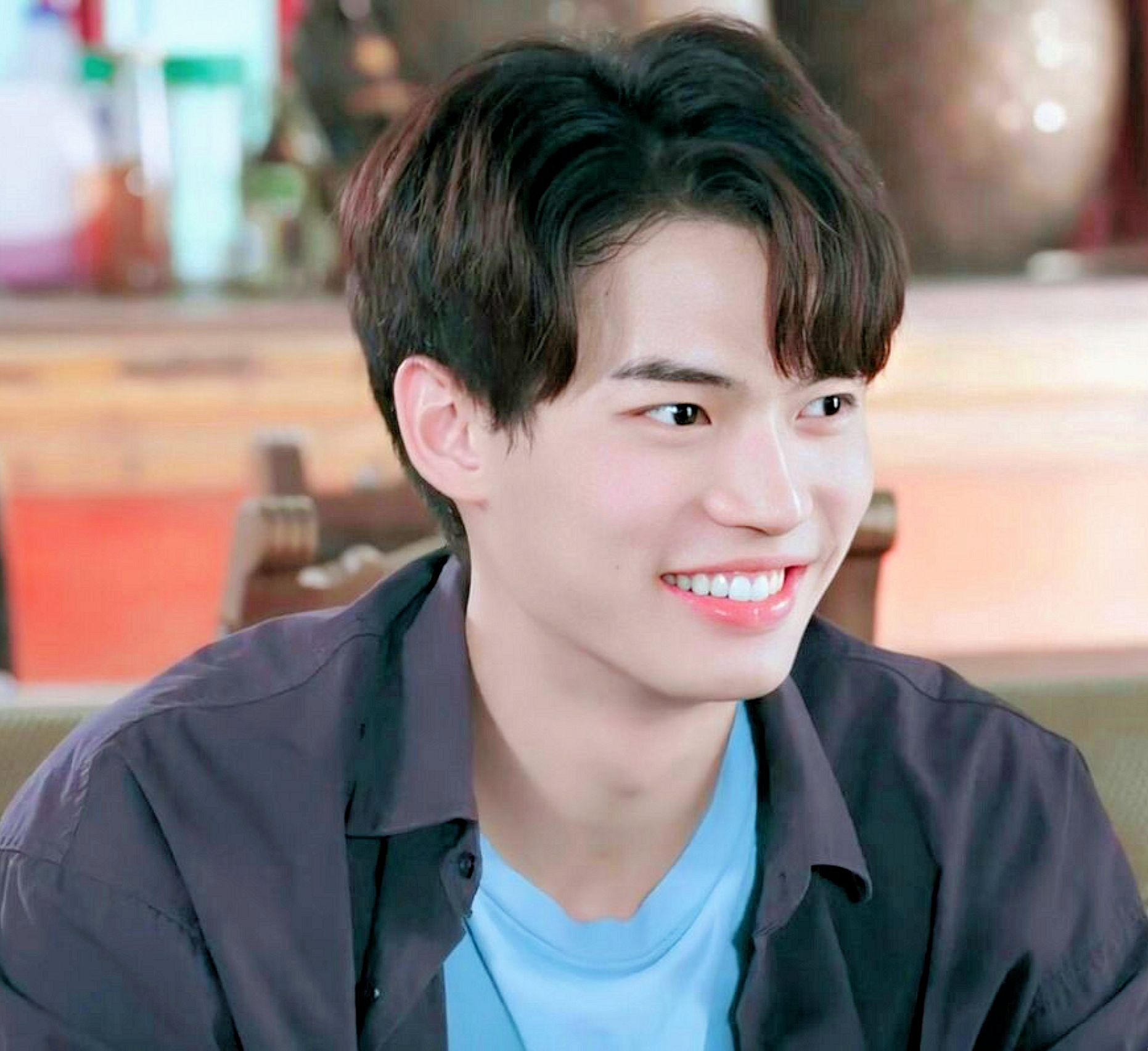 Metawin Opas-iamkajorn (เมธวินโอภาสเอี่ยมขจร) also known as Win, was born February 21st, 1999, and is a Thai actor. He became increasingly popular for his role as Tine in GMM-tv 2gether The Series, where he stars as Bright Vachirawit (Sarawat’s) love interest. This series is his first acting project to date.

The Newcomer Who Became Hugely Popular

Win is a model/actor under the GMM-tv flagship and has made guest appearances on various GMM-tv shows like School Rangers, Talk with Toey, and Let’s Play GUN. His major acting breakthrough is his role as Tine in 2gether The Series. The character Tine has a gay admirer named Green who has made it known that he likes Tine, even to the point where he stalks him. On his friends’ advice-by-committee, Tine seeks out Sarawat, the most popular student at the university, and tries hard to convince Sarawat to act as Tine’s fake boyfriend. Tine and his friends assume that once Green sees this, he’ll give up his pursuit of Tine. This is the major plot point of the series, and how unbeknownst to Tine, Sarawat’s affections were real from the beginning, a year earlier.

For Metawin, it’s not easy playing a character who claims to be super- straight but then gradually develops feelings for another man – the transition isn’t simple. When Tine first meets Sarawat, he is left in a trance and is so confused with his own reaction that he literally stumbles. Win has expressive eyes, and as such, his eyes betray the internal confusion that his character Tine feels.

The key element that connects Sarawat and Tine is music. In one of the show’s highlights, Tine keeps stealing glances at Sarawat while they listen to Tine’s favorite band Scrubb (a music band from Thailand, and the combination of two performers “Muey” Thawachpon and “Ball” Torpong.) Win is spot-on in his portrayal of a star-struck Tine, who tries to hide his feelings and fails miserably.

We follow Sarawat and Tine (#SarawatTine) on a journey of hilarious antics where Sarawat actually starts hitting on an oblivious Tine. Win does a great job of expressing Tine’s total confusion. At first, Tine is upset at Sarawat’s irreverent punchlines. However, whatever ‘disconnect’ between the two of them slowly begins to fade. At the same time, Audiences become more excited watching Sarawat flirt with Tine as the relationship progresses. Win brings a fresh outlook to the character Tine – a chaotic yet energetic bundle of joy.

The show’s popularity is readily apparent from viewership so far. LINEtv has announced that 2gether The Series is the third BL show to break the 100 million play-views, after SOTUS and Love By Chance. The show’s online hashtag count ranges from 1.16 million for Episode 1 to a whopping 23 million for Episode 9. This immense growth just confirms how much the pair #BrightWin is adored by the fans worldwide.

Dubbed as the next power-couple of GMM-tv, Win and Bright share an easy-going, comfortable friendship that translates into great chemistry on screen. Most might be swayed by Sarawat’s domineering and mysterious persona, but Win throws his weight via Tine’s cheerful demeanor and dorky presence.

In an interview with Kom Chad Luke, Win expresses his genuine happiness with seeing Bright gaining more followers on social media. He talks about the time when they would walk into the GMM-tv studios and no one would even notice them. Win is grateful for the love that Bright is receiving because Bright is extremely dedicated to his work. Neither of them is ever hesitant when given an opportunity to praise the other, that it’s simply endearing!

In a Nangnarrong Channel interview, Bright states that he’s lucky to be paired with Win. On the first day of the shoot, Win was inexperienced and awkward. After filming 2-3 scenes, his performances improved. Bright emphasized the fact that without Win’s Tine, his character Sarawat wouldn’t have been so popular. Win, on the other hand, suggested that the only reason his looks smooth and natural is because of his partnership with Bright. He also says that Bright makes him feel the emotions the scene requires, and they always share feedback while working. They listen to each other, and it shows in their work chemistry.

Born in Bangkok, Thailand, Win completed his secondary education in Panyarat High School where he had the opportunity to become an exchange student in Belmond-Klemme Community School District in Iowa, United States. He was a choir member and has received Superior ratings. He is currently studying Economics (International Program) at Thammasat University.

With over 2 million IG followers, expectations are high for Win and Bright to deliver on their performances. While Bright scores high on both dramatic and comedic scenes, Metawin compensates and takes advantage of the amazing chemistry he has with his more experienced costar. Currently, Metawin is ranked #22 in Psycho Milk’s Top 30 Hottest Thai BL Actors.