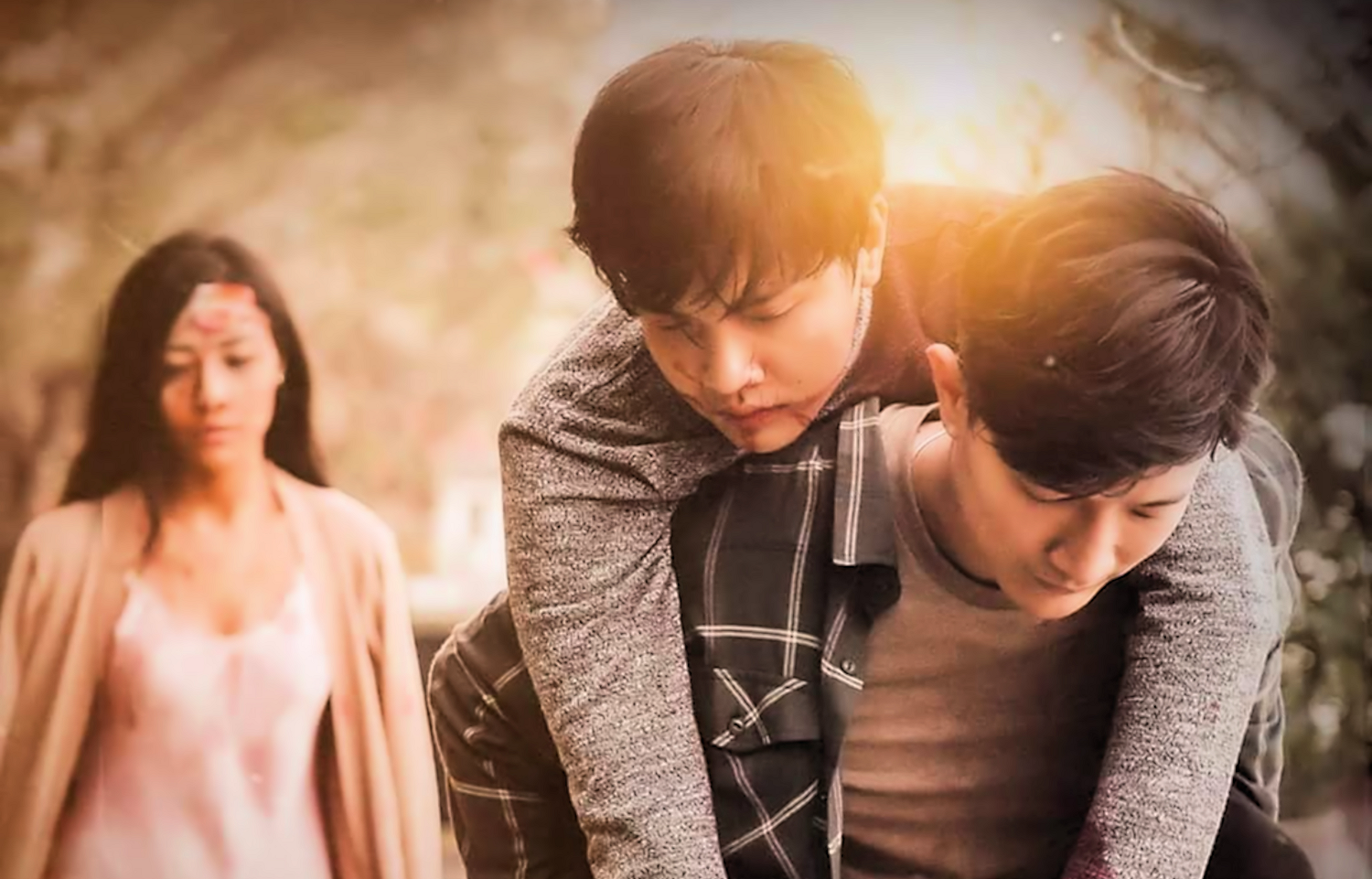 Tiến Bromance went for a swirl into “Dementia Hit” territories for Episode 5 & 6. Quite an old concept, and the show’s scriptwriters seem to have run out of original ideas. The popular series, which is ranking high because of its ability to shock and the passionate chemistry between main leads Tiến and Tai, was mind-numbingly painful to watch in the latest episodes.

The only thing that keeps you going is Tiến’s love for Tai and the desire to see them stay together.

Tiến, portrayed by the show’s Director Phạm Minh Hữu Tiến undergoes some changes in the 6th episode which makes me think the show has entered a second season. At first, he was warm and kind, always smiling despite difficult circumstances. However, in Episode 6, he is cold, calculating, and above all, mysterious. The only aspects of his character that linger from previous episodes are his martial arts skills and his strong desire to keep Tai safe. It isn’t explained how the pair made it through the cliffhanger of Episode 5, but you do see how it has changed them.

In Episode 6, which again I’m assuming is the start of its second season, Tai played by Trei Pharm changes his character’s personality to one of quiet reservation. Only in his nightmares does he show any real emotion as he faces off with another maniacal version of himself. He is outwardly kind and indifferent to the world around him. It is the only real sign that he bears any emotional scarring from the previous five episodes at all. Now a school teacher in an unnamed small town, he ignores the advances of his flirtatious coworker, only smiling for the small children he teaches.

Storyline And My Opinion

Episode 5 finds our characters living in a dead man’s house. No, not a creepy, run-down place but a utopian two-story mansion in the woods. It’s been months since the events of the first four episodes, and I personally was ready for some BL bliss, and I wasn’t disappointed. Tai suffers from temporary amnesia after the events of Episode 4, and Tiến tries to be there for him. Tiến is trying to revive their old memories by kissing Tai that goes horribly wrong, and the level of tension bubbles over in a well-written and acted scene that tore at my heart. The episode moves at a good pace as you finally get to see the lovers be domestic and happy with each other.

It wouldn’t be Tiến Bromance if something wicked didn’t come along and ruin it and that something is a Hong in more amazing clothes. Like I said before, Tiến should never decide anything on his own as he decides to leave an amorous Tai behind to gather firewood (even though he had literally just cut a bunch a few cute moments earlier.) So at that moment, the villain, in the form of Hong, appears and creates discord between the two men. Again I am in love with the ideas the show has, and this animosity is on point. Hong references previous events attempting to incite murderous intent into Tai’s heart inf the way Hannibal Lecter did to his victims, and I loved it back then, and I love it now.

The filming of the attack scene is another of my favorites as it rediscovers dark muted colors and saturates the film to make the scene appear as if from a grindhouse film. It was so well executed, shot, and acted. I watched it twice. This show pays homage to horror films new and old so effortlessly, it’s astounding.

Another cliffhanger later, and we find ourselves in uncharted territory. Episode 6 is the first one I do not like. It is shot the way the earlier episodes were at first, but halfway the shooting seemed to have changed because the quality is poorer, or color-grading was changed to a more monotone brownish hue – colors were neutered. The first three episodes looked very high budget and well produced to the point that the only word I can use is sleek, while Episode 6 seemed less in value, at least production-wise. It is also the first episode to have an actual introduction with the full cast in the credits, most of whom are new. That gave me the impression we starting a second season.

One again Tiến’s martial arts abilities remain a mystery, but it is hinted that he works for the mafia or a crime syndicate. He dresses like a fashion model now, has a nice SUV, and lives a high life that he once dreamt of sharing with Tai. Also, as usual, someone is trying to kill him at every available opportunity. My theory is that he is a higher-up in a crime syndicate, and thus his death would hurt that organization, helping its enemies. I’m theorizing because no plot points have explained anything as to why he lived a poor life with Tai for what must have been two years (Episode 5 alludes to this), and now is a wealthy cold-hearted man.

In keeping with tradition, Tai is mentioned as a small detail at first. How did he and Tiến survive the cliffhanger of Episode 5? (no one knows) When Tai does reappear, it’s in a nightmare he is having of himself holding a knife with blood on it, while another Tai laughs at him mockingly. The new cast fits right in with this weird second version of Tiến Bromance, whether they are a hitman or loud screaming children.

However, Tiến doesn’t fit, and that’s sad because the writing up to this point, excusing some pretty glaring plotholes, has been, for the most part, sufficient. It now feels like his character was not fully realized or written when they created it, so he is either kicking butt or mooning over Tai and actually has very little dialogue. Tai meanwhile is now a teacher and has settled into a quiet life teaching children in a small village and living alone. That is, until the final moments where both are shown pining for the other.

Pacing wise Episode 6 stays on point, but the content made little sense to me as the Episode 5 cliffhanger was the size of a planet, and I don’t know how to feel about them skipping past it. I don’t know if the show got new writers or what, but it didn’t feel like the Tiến Bromance we’ve watched in the previous five shows. It felt like being in the middle of a different show. The music was even different. None of the characters reference the previous five episodes and have settled into these new roles with a whole new cast, though I am curious where it will go.

Sadly, this is the first time I am not excited to find out. The cast seems a bit adrift, and after five episodes of perpetual motion, it was jarringly staid to sit through. This episode was also the first episode of this horror BL, where nothing “horror-related” happens. I hope Episode 7 gets them back on track, but until then, we have three music videos sung by the actor who plays Tiến.