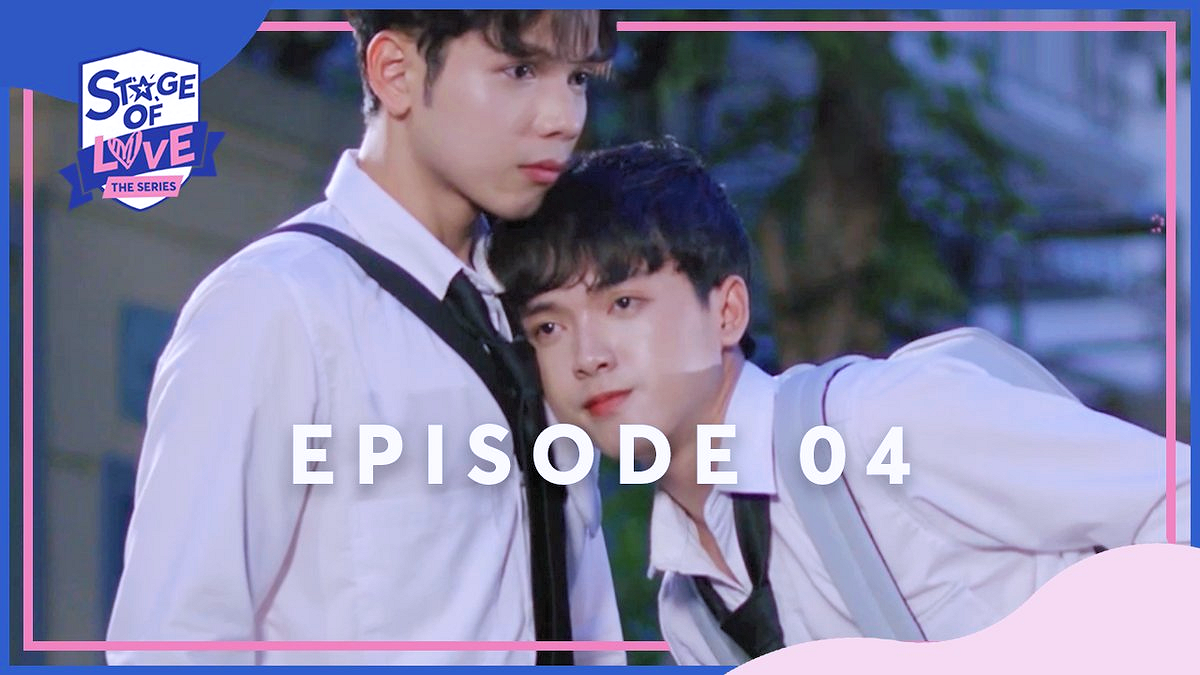 FINALLY!!! Both the audiences and Bao get to know the mystery behind “The Accident” that turned Nguyen into a recluse. It wasn’t unexpected, but surely it explains his recurrent nightmares. Since Nguyen’s side of the storyline is now clearly spelled out, the show will probably focus on their mechanics of love. Without much further ado, let’s review the latest episode.

Bao is thinking about Nguyen and Khahn’s conversation when Linh chances upon him sitting sadly. She needles him about missing someone, which Bao obviously declines. But then he cautiously approaches the topic of “Nguyen’s Accident” when Linh gloats about knowing everything that happens on their campus.

She makes him promise that he won’t diverge the details and explains further. Two years ago, Nguyen was a freshman. He joined the Theatre Club and was selected to play the role of Romeo, while Khanh played Juliet. In his fight scene with Tybalt, which was played by Duc, something went wrong. Instead of a fake sword, Nguyen unknowingly used a real sword and ended up hurting Duc’s right hand.

Bao walks into the audition hall, where Nguyen is waiting for him. Nguyen returns his bag and, in his usual style, taunts Bao about being forgetful. But instead of getting angry, Bao replies back calmly and invites Nguyen for dinner. Nguyen is surprised and teases him further about having feelings. But Bao denies having any sort of feelings for Nguyen and invites him yet again. Nguyen is quite excited and agrees to meet him later. All the while, Linh is eavesdropping on their conversation and, in her fangirl mode, totally cooks up a hilarious situation involving both of them. I just love how her kinky mind!

Hy catches up with Linh while she imagines Nguyen and Bao’s conversation. He threatens to torment her for getting him into trouble. She has no idea what he is talking about. The scene then shifts to the school halls where Duc and Khanh are talking. He can see that something is troubling her. He tries to console her and, as a friend, asks her to share her worries. Just as Khanh is about to talk about Hy, Linh rushes there and drags Khanh along with her.the ’00s. According to Nguyen, there is a millennium between them. Is this guy for real? Bao asks him if he always has medical aid in his bag to which Nguyen yet again teases him.

Linh apologizes for misunderstanding between Hy and Khanh. Khanh is surprised that she knows about them. Linh explains that she did suspect that her brother might be dating someone but didn’t know it was Khanh. She explains that Hy got the tiffin box for her, but she was lazy, so she sent Tien to get the box. She further shocks Khahn by confessing that she is Hy’s first love, and he has never liked any other girl before.

Khanh sits beside the dejected-looking Hy. Hy tries to explain things, but Khanh tells him that his sister has already cleared things up. Hy asks if they could hug. At first, Khanh declines, but Hy seems too sad. So she extends her hand, and Hy clings onto her. These two are so adorable!

Nguyen walks out of the school to find Bao waiting for him. He is rather surprised, but Bao confidently invites him for dinner again. When Bao asks what he wants to eat, Nguyen says Spicy Noodles. Bao doesn’t seem pleased by his choice, but agrees for Nguyen’s sake. At the restaurant when they order Spicy Noodles, Nguyen observes Bao closely, who finds it difficult to eat the noodles. Bao excuses himself to go to the restroom. When he comes back, Bao finds his dish is exchanged with milder food. Nguyen tells him to be frank about his dislikes for the next time.

Bao is embarrassed by all the attention and after dinner decides to leave first. But Nguyen stops him and offers to take him home. Bao assures him that he can go home by himself, but Nguyen insists on taking him home. As they reach Bao’s apartment, he thanks, Nguyen. Nguyen questions him about being new to the city. Bao replies that there isn’t anything to hide, and he has been living alone since he was in high school. Bao glosses over the truth, saying that he lives alone because he wanted to be independent. It’s obvious from Nguyen’s face that he doesn’t believe Bao. When Bao insists on telling the truth, Nguyen replies that there are a lot of vulnerabilities in Bao’s words. Bao yet again insists that he is telling the truth. But Nguyen breaks the facade when he rightly points out, “You have been living alone since you were in high school. You weren’t even 18 years old, then how would you take care of yourself. How could your parents leave you alone like that?” Nguyen’s words strike a chord with Bao. Nguyen apologizes and inquires if there was something that Bao wanted to talk to him about. Bao asks how he knows that. Nguyen quite intuitively answers that he knew Bao invited him for dinner because he wanted to discuss something.

Bao asks Nguyen to return to the theatre. Nguyen tells him to stop talking about it, saying that it is an issue that Bao can’t understand. Bao instead shocks him when he presses his ears close to Nguyen’s heart and says, “If you can’t tell me by words, then let your heart tell me. Because the heart never lies. We can listen to your heartbeat and know whether you are lying or not.”

Bao is growing curious about Nguyen, and that’s definitely a good sign. I guess this is exactly what Khahn planned. I don’t have any idea of how she knew that Bao might be able to draw Nguyen out of his self-imposed exile. But the plan seems to be working. Right now, it is just curiosity and maybe respect on Bao’s side. But I’m sure very soon, that would develop into feelings and emotional attachment.

Nguyen, on the other hand, finds Bao very intriguing. On his part, there are definitely feelings and emotions involved. He likes Bao and enjoys teasing him. As such, when Bao invites him for dinner, he is pleasantly surprised and happy. Also, Nguyen seems to be quite mature and intuitive. He is observant and helps out Bao in all kinds of situations. Whether it be getting him a bandaid or exchanging his spicy food with a milder one, the way he correctly guesses the truth behind Bao’s unsaid words when he talks about being independent is surprising. For someone who is rude to everyone around him, he is quite amiable to Bao’s feelings and his protective nature shows. It would be interesting to see how Bao breaks down Nguyen’s defenses and brings him back to the world he once loved passionately – Theatre.

Another part that caught my notice in this episode was Duc looking out for Khanh. I did suspect that he might like her. But their interaction in this episode makes it clear that he has feelings for Khanh, and since he doesn’t know about her relationship with Hy, this love triangle might have unpleasant consequences.

The next week’s preview promises interesting twists. Nguyen suspects that he is falling for Bao. Their stage play might get them closer, where Nguyen questions himself about returning to Theatre. Keep watching this space for further updates on our adorable couple.