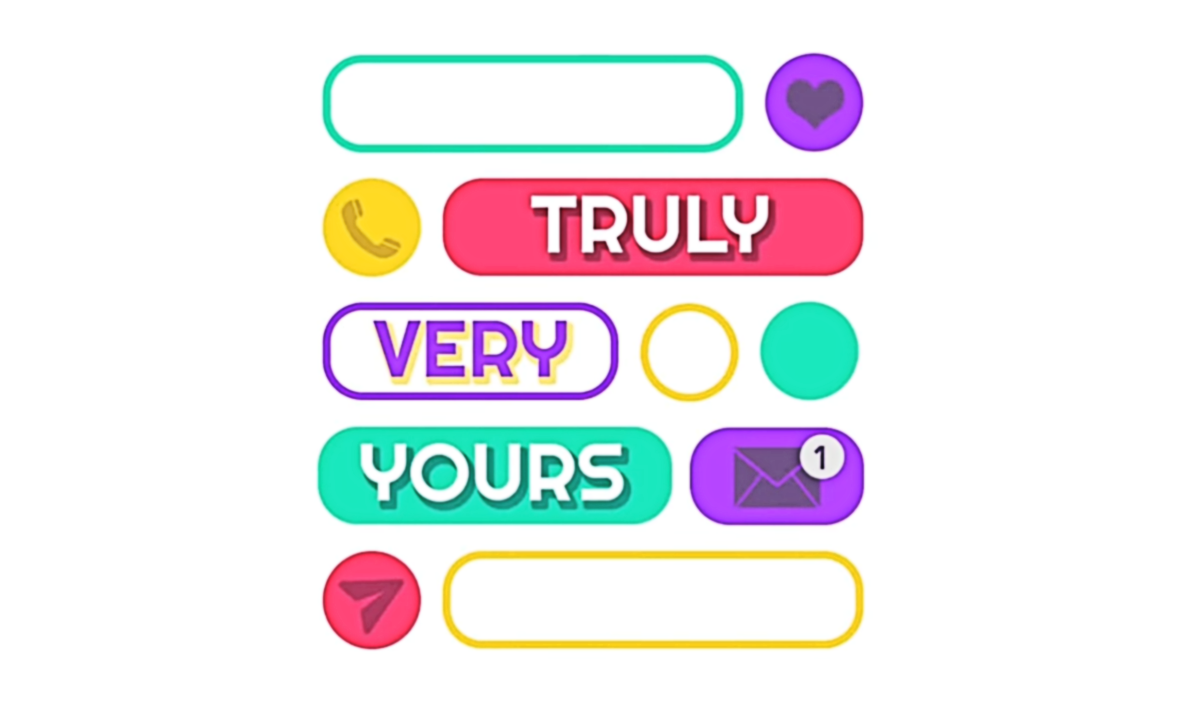 Those things we can’t find closure on, they will haunt us. I think that phrase best described the journey of Mark in Truly Very Yours, a new Pinoy BL series that aims to bring more colors into the emerging BL industry in the Philippines. Surrounded by tough competition, such as Gameboys the Series, Hello Stranger, and Sakristan, Truly Very Yours hopes to attract viewers’ attention by offering a simple love story that is close to their daily lives. Although it seems promising, I can’t stop myself but ask, will it be enough to make it memorable?

Mark is the main protagonist of the series, who is portrayed by Marky Erasga. He is an aspiring scriptwriter. One day during the quarantine, he felt suddenly bored and uninspired. Hoping to find new ideas for his screenplay, Mark decided to pull prank calls on people from his contact list. Unknowingly, this mischievous act leads him to an ancient love story that he wishes to forget.

Kevin, portrayed by Wex André, is Mr. Nice Guy, who has an unrequited love towards Mark. Despite knowing Mark is uninterested in him, he persistently expresses his love, foolishly hoping that one day his feeling will finally be returned.

Mark’s best friend, Des, is played by Dana Rampas. She is a sassy girl who always speaks the truth. Knocking some sense into Mark is her main purpose in life as she knows by heart that her best friend often acts foolishly.

Mark’s old flame, David, is played by Robin Hanrath. His sudden interaction with Mark brings up memories of their past failed relationship that is still affecting him. However, it’s unknown whether he is still in love with Mark or simply enjoys the attention?

Truly Very Yours tells a story about a young aspiring scriptwriter, Mark, who is in the middle of writing his new screenplay. Being in quarantine makes him lose his touch as he can’t discover any interesting ideas to improve his writing. Thus, he comes up with a ‘brilliant’ idea to turn his boring quarantine life into “quaranflinging” where he sets up prank calls on people from his contact list and ‘seduce’ them using phrases from famous Filipino movies. With two unsuccessful attempts, Mark tries his luck with the last target on the list, who is later known as David. As soon as David answers the call, we know already by his voice, that it won’t turn out well.

Moving forward to the day after the disastrous prank calls happened, Mark calls his best friend, Des, to seek for help. Apparently, David is mad at him and blocked him from all of his social media. (Through this conversation we know later on that David is Mark’s old flame and they have separated for months). To Mark’s surprise, Des turns him down; she clearly says that he’s an adult and he should be able to clean up his own mess. And that’s exactly what Mark did afterward. Knowing David’s habit of not reading messages, Mark decided to send him a video, hoping that David will see it and he will forgive his foolishness.

Things get more complicated when a boy named Kevin shows up in Mark’s life. Spoiling Mark with love and attention, Kevin aims to put a label on their relationship. Yet Mark seems hesitant at the idea as he’s unsure of his own feelings; whether he loves David or Kevin is a question that he still can’t answer. Truly Very Yours ends with Mark getting the closure that he always wanted as he is ready to embark on a new journey in life.

My Thoughts On The Series

First of all, I want to appreciate J.ACETV for their effort to provide viewers with an entertaining series despite the pandemic situation. Truly Very Yours brings freshness to the growing Philippines  BL world by offering a rather different approach to tackle the lockdown restriction that affects the filming process of many series. Unlike others series that tend to rely solely on the interaction between casts through digital platforms, Truly Very Yours try to add a different flavor by making it into a vlog like series. Honestly, I think it’s a smart move from the production team because it can create a distinction between Truly Very Yours and other digital Philippines BL series.

Nevertheless, I don’t think that such a difference is sufficient to make it a remarkable series. They need more than just a slightly different digital concept to compete with notable contenders such as Gameboys The Series which offers not only the intriguing storyline but also excellent acting from the casts. And I’m afraid that Truly Very Yours has failed to do so. At first, the story is kind of intriguing as I was wondering who is this mysterious person that gets really annoyed by Mark’s prank call. But after the revelation of that mysterious person, the series started to go downhill. Yes, they introduce a new character to the story to spice things up. But it doesn’t work that well for me; it becomes too predictable where the story is heading.

However, that’s actually not the main problem for me. I was more bothered by the acting of the main leads, except Robin Hanrath, who portrayed David. Well, he doesn’t really act in the series (he appeared once at the beginning of episode 3 while in episode 2 we can only see his abs and for the rest of the episode we only listen to his voice). So, there’s not much to talk about him besides he has an alluring husky voice. As for the other two main leads, Marky Erasga and Wex André, I think both of them should undergo more acting courses to improve their skills. Their facial expression is too exaggerated most of the time, particularly Marky, and their chemistry turns a bit awkwardly and not convincing. On the other hand, I’ve grown to like Des’s characters. Although she only appears in 2 episodes, she’s able to add more nuance to the story. Through her sassy and harsh comments, viewers can actually learn about being an adult in a relationship; Des offers a reality check not only for Mark but for all of us.

Although this series is not my cup of tea – it’s too corny and cheesy for my taste – but I think Truly Very Yours is suitable for those who are looking for light entertainment in the middle of this pandemic. You might want to give this series a chance. Who knows you will like it, right? Because sometimes the best things happen unexpectedly!