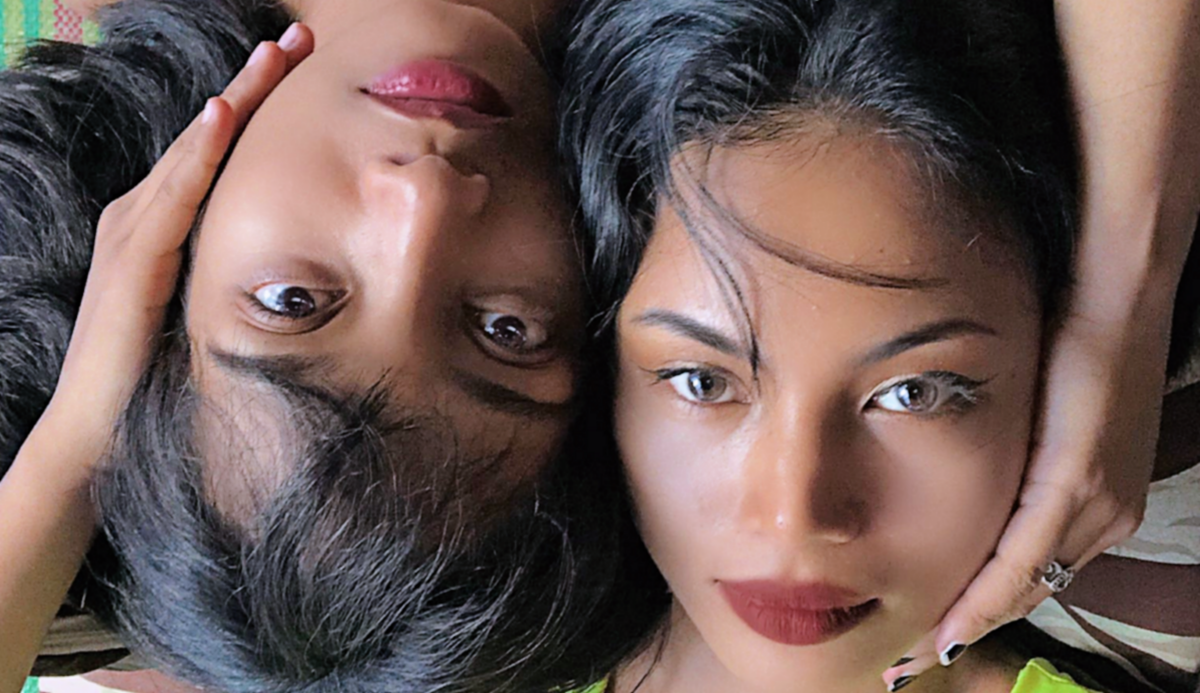 The first episode of Chasing Sunsets the Series left viewers with unsolved mysteries, especially about Dominic. Whether he is real or merely a figment of Lara’s imagination is a question that has been bugging viewers for days, and they hope to find the answer in the following episode. On the other hand, Farrah is more determined to get closer to Lara by offering her sincere friendship. The latter is interested but seems hesitant as she might not be ready to open up to anyone.

With a lot of questions needed to be answered, the second episode aims to shed some light on each character as well as giving more clarity to the story. Because there’s a thin line between truth and lies, one can’t be certain of which to believe unless all facts are being revealed.

Because there’s a thin line between truth and lies, one can’t be certain of which to believe unless all facts are being revealed.

At the end of the first episode, something has triggered Lara’s emotions as she’s starting to have a sudden mood change. Being concerned with her new friend’s condition, Farrah attempts to soothe her by showing her affection and genuine support. Lara can feel the sincerity in Farrah’s action, which makes her feel comfortable enough to reveal her true self gradually. However, her confession about Dominic confused Farrah, who immediately confronts her about the truth. To Farrah’s surprise, her blunt comment provokes Lara’s anger, leaving her in doubt and regret.

Upon their unexpected confrontation during the bonfire, Farrah finds out that Lara has been consuming antipsychotic medications. Uninformed about ways to handle the situations, she decides to seek advice from a professional, hoping to have a better understanding of Lara’s struggles. Moreover, Farrah also asks her trusted employee, Cheche, to investigate Lara’s longtime boyfriend, Dominic; needs to collect all evidence to prove her assumption of his existence.

Several days have passed since Farrah, and Lara’s argument took place, both are now calmed enough to talk about their conflicts. Lara is the one who apologizes first as she feels bad for her harsh and hostile acts towards Farrah. Aware of Lara’s state of mind, Farah tries her best not to trigger her anxiety or depression; she clearly says that they can only talk about the issue if Lara feels comfortable with it. As both agreed with the circumstances, they start to mend their relationship by sharing their stories.

The heart to heart conversation ends with Lara’s heartwarming poem that conveys her true feelings about the world within which she lives.

“What if your world will never collide in mine? Will the universe give us a chance? If your choices are made to be for you only. Will I ever have the patience to wait until you do?”

The second episodes also give a closer look into Farrah’s private life and her past experiences. Through her conversation with her ex-boyfriend, Rafael, we learn about her sexual orientation and her struggles of being a single mother ( It is indeed an intricate life that isn’t easy to live on, but somehow she manages to win against all the odds). As the sun slowly disappears, the tangled love story ends with another heartbreaking encounter between the main leads, leaving the shell-shocked viewers wondering what the future will hold for them.

The second episode of Chasing Sunsets The Series gave me the same ‘chills’ as the first episode. It brought a smile onto my face but, at the same time, shattered me into pieces. That probably sounds ruthless, but so does life. And I believe that’s exactly the message that this series aims to deliver; life is a mixture of happiness and sadness, it’s a melting pot of emotions that needs to be embraced for us to enjoy it fully. Watching this series has reminded me once more that the beauty of life lies in our constant effort to survive and the encouragement from those around us. As the story moves forward, viewers are invited to learn more about our main leads, especially Farrah. The revelation of her true identity as an openly lesbian and a single mother to her lovely daughter, Zoe (after repeatedly mentioned in the previous episode, we finally know who she is), answered viewers’ curiosity about her character. For me, this doesn’t only bring clarity to Farrah’s plotline but also adding more depth and nuance to the whole story, which in turn makes the series even more enthralling.

Furthermore, I’m pleased with the way the writer put the stories together into a coherent narrative; it flows naturally and doesn’t seem forced at all. My only concern is how they’re going to conclude all the issues that they address on the series. Knowing that they only have three episodes left to wrap up all stories, I am afraid that the final episode will feel rushed as well as leaving some questions unanswered. Well, let’s give them the benefit of the doubt as we wait for the finale to be broadcast.

Another thing that I find compelling about this series is the acting of the entire casts. I am confident with Aura and Donna’s acting skills because both of them have proven their capability in the previous episode by giving us a stellar performance. It is Kevin who impressed me with his improvement. Actually, he has done quite a decent job of portraying Dominic’s characters. However, I felt his first appearance was rather lacking compared to the others, specifically when he has to act against Aura; their interaction somewhat felt a bit awkwardly. In this episode, I can see a notable improvement in his acting as he successfully personifies Dominic’s characters through his expressions and gestures. His interaction with Aura also becomes easier on the eyes. Congratulations, Kevin!

On top of that, I always love the way Chasing Sunsets the Series enlightens their viewers about social issues that arise in society by giving real examples rather than patronizing us with certain convictions. They also craft their story carefully – to avoid stigma- without losing the essence of the message that they want to convey. And they stand firm in their intention to show an honest portrayal of the LGBTQ+ community despite popular demand of a more lovey-dovey romance. Somehow, I feel that the road may be rough for Chasing Sunsets the series to gain worldwide attention since the society might not easily accept the notion that the series offers. However, I hope this won’t discourage the casts and crews to produce another similar series in the future. Because we need more TV series that are not only entertaining to watch but can also provide important life lessons for the viewers.