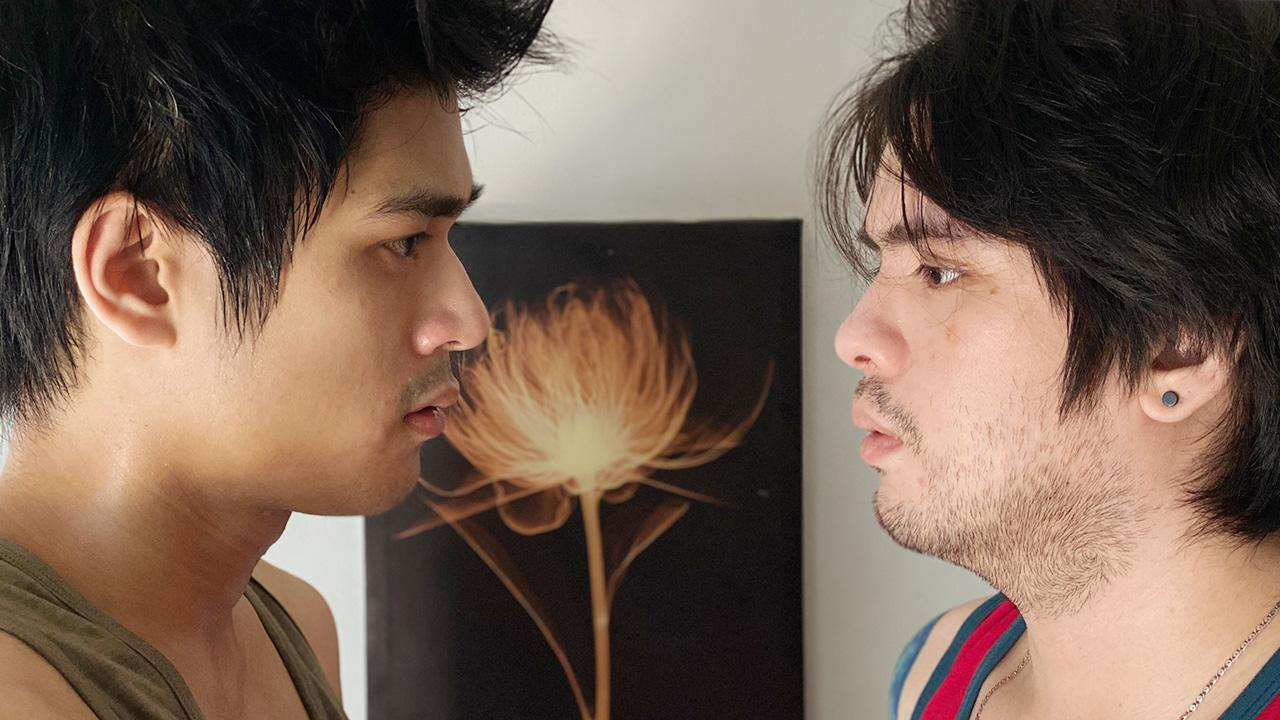 With the increasing number of COVID-19 cases in the Philippines, the lockdown restriction has become stricter than before, putting many couples into an ultimate test of love as they’re forced to spend all of their time together at home. For those who are comfortable in each other’s embrace as well as able to build healthy communication with their partner, staying together seems like paradise that will only make their relationship stronger. However, for couples who are dealing with a crumbling relationship, every second that they spend together feels like a nightmare that they wish would disappear right after opening their eyes in the next morning. And when it happens for days, all they can do is wait for a chance to break away.

The second episode of Unlocked brings us closer to the struggle that is faced by many couples during the pandemic situation, which is, saving their relationship from breaking. As Calvin and Drake spend more time together during the lockdown, questions about their relationship that have been buried deep in their heart for a long time start to emerge to the surface, demanding to be answered. But, what if only one person is willing to answer all the questions? What if the other one has decided to give up on the relationship? Will they be able to save their ship from sinking? Well, it takes two to tango and it takes two committed individuals to save a relationship from falling apart.

Oliver Aquino portrays Calvin, the devoted boyfriend of Drake, who is eager to save their crumbling relationship from falling. Despite being treated coldly, he still does his best to pamper his long-term boyfriend by fulfilling all of his wishes. But what if Drake completely turns his back on him? Will Calvin be able to let go of his love that easily?

The ‘antagonist’ of the story, Drake, portrayed by Miguel Almendras (Hello Stranger), is Calvin’s long-term boyfriend. Long before the lockdown begins, Drake realizes that his years-long relationship with Calvin has reached an end. Dreaming of freedom, he continuously looks for a way out of their dying relationship. Will he be able to find the courage to break free and leave Drake behind?

Calvin and Drake is a college sweetheart. Years have passed since they became a couple and many have changed along the journey, which may also include their love for one another. When the pandemic happens and the government has decided to issue a lockdown regulation to prevent the virus from spreading, the two lovers have no other choice but to stay together. With limited contact with the outside world, they can only rely on each other to keep them sane. It may sound heavenly to new couples who are in their honeymoon phase, but not for Calvin and Drake who have gone beyond that stage. And for them, staying together means redefining their years of relationship; to decide on their future endeavors. Whether they’ll stick together or go their separate ways, is a question that they need to answer.

What I love the most about Unlocked the series is the raw and honest portrayal of the impact of COVID-19 on our daily lives. Each episode of the series has been able to give a realistic illustration of how the pandemic situation affects people and their relationship with one another. In addition to that, the series also gives valuable life lessons to viewers through the interaction between the characters, hoping to help them find the solutions to their own problems. And I believe those are things that make Unlocked the series attractive to many people because they can relate to the stories being offered. So, kudos to the creators who are able to create not only an entertaining but also meaningful story.   Just like the preceding episode, the second episode of Unlocked the series highlights Jerome’s skills as a screenwriter to create powerful dialogues that provide clear guidance for viewers to better understand the story. Through the conversations of Drake and Calvin, we can see the personality differences between the two, as well as the true nature of their current relationship. For example in one of the scenes, Calvin asks Drake about his decision to quit his job. This actually tells viewers that their years of relationship have turned sour as they are no longer able to build open communication with each other. And for me, the conversations between the characters remain the main strength of the series, as it is not only able to give depth to the storyline but also invite viewers to reflect back on their experiences, which in a way make them part of the stories.

However, what I find lacking about this episode is actually the chemistry between the lead actors, particularly in intimate scenes. The part where they have sex as a couple in the series feels off and awkward; it actually makes me wonder if they’re comfortable enough with each other to do such scene. Though it doesn’t greatly impact the story development, I still think that it’s important for the lead actors to give a convincing portrayal of the characters as a couple to make the story even more compelling. Nevertheless, both Migs and Oliver are good actors; they are able to personify their characters in a well manner and make viewers believe in them. I personally feel surprised by Migs’ performance in this series because he’s been showing a totally different persona from his character in Hello Strangers, which is cheerful and carefree. In Unlocked the series, he has beautifully transformed into Drake, a young man who feels frustrated by his boyfriend, and Migs has done a remarkable job to express Drake’s inner thoughts and feelings. From his gestures and facial expressions we can really feel his bitterness of Calvin. On the other hand, Oliver also has been able to bring his character into life by putting sufficient emotions into his act as well as giving us on point facial expressions in every scene. Congratulations to both actors for the achievement and I’m looking forward to seeing them playing more characters in various genres.

On top of that, I adore the way Direk Adolfo wraps up the series. Knowing that they have limited airtime, the production team needs to be more creative in delivering the whole story to viewers as they couldn’t rely solely on the dialogues between the characters. And for me, Unlocked the series has successfully found the formula to tackle that issue. Through the subtle messages about the surroundings, viewers can have more clarity of Calvin and Drake’s relationships which enable them to better understand their story. For instance the scenes that show Drake’s social media posts, where we can see a gap between Drake and Calvin’s shoes or the scene that show the framed quotes that are displayed in their apartment. Both scenes reveal the true feelings of Calvin and Drake about their dying relationship; Drake feels that they’re slowly growing apart, while Calvin is trying by himself to mend the broken relationship, but both are actually afraid of losing each other.

As the story vaguely concludes, viewers are given the freedom to interpret the ending of Calvin and Drake’s journey. Whether Drake left Calvin alone or not, is a question that should be answered by the viewers themselves. Nonetheless, there is one thing that has been clear since the beginning, relationship is a two-way street and it requires commitment from both parties to make it work.

Unlocked is streaming now on GagaOOlala