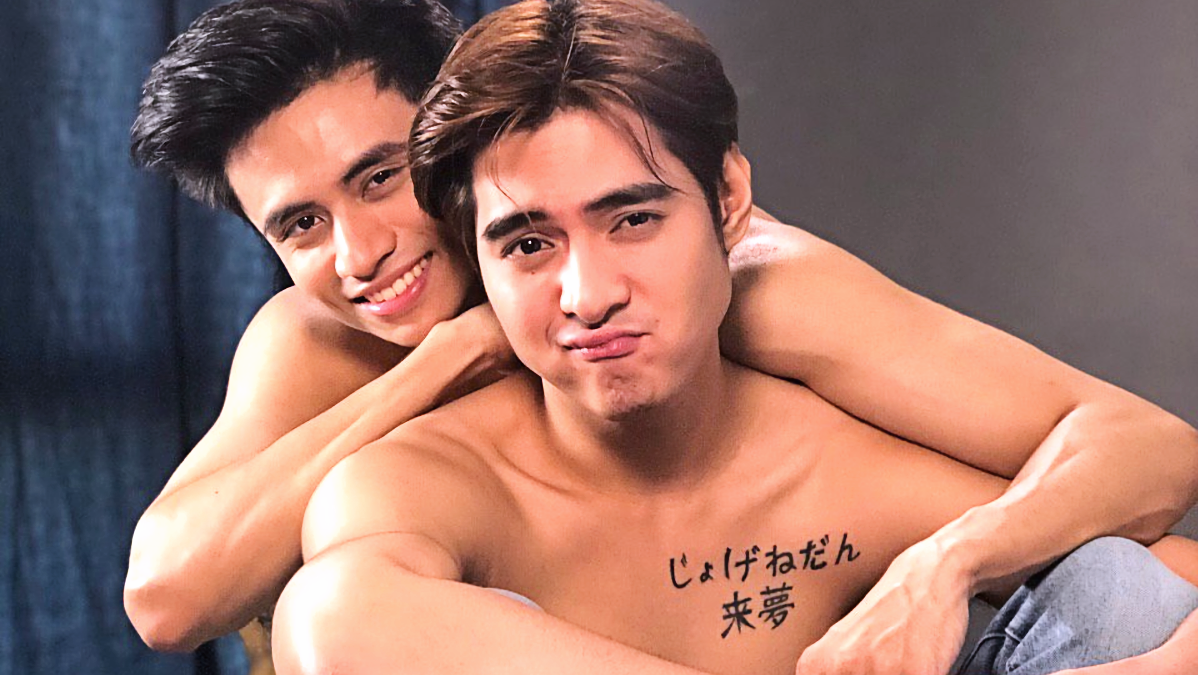 In Between (Sa Pagitan ng Kamusta at Paalam) – Episode 2 [Review]

The second episode of In Between the Series brings us closer to Tau and Tep’s love story as they’re trying to mend their broken relationship. Tau is the one who is eager to win back Tep’s heart, while the latter seems not too interested in the invitation. With the ‘help’ of their friends, the two ex-lovers gradually open up their hearts, revealing the truth that has been buried for a long time.

But even if they’ve been honest with their feelings, one question about their relationship remains unanswered; Why did Tau break-up with Tep? And until Tau can answer that question, there will always be a distance between them.

After the sudden reunion, Tau is more eager to rekindle his relationship with Tep. He tries to catch his ex-boyfriend’s attention by revealing some truth about their relationship during the game sessions arranged by Nicole, one of his best friends. Unbothered with Tau’s approach, Tep maintains his distance. He keeps it cool and turns down Tau’s invitation for a lovey-dovey moment, leaving the latter with another broken heart. With so many questions needing to be answered about their failed relationship, the two ex-lovers seem to be hoping for a different future of their current relationship. Tau is obviously wanting to get back with his former lover, while Tep is looking for a way out of his ex-boyfriend’s heart. In between those two directions, how will their story unfold?

Unfortunately, the second episode of In Between the Series has failed to follow up on the success of the pilot episode. Viewers who have waited for a week to learn more about Tau and Tep’s love story must feel disappointed with the storyline offered by the second episode; it doesn’t give us any clarity of their past relationship or their future endeavors in rekindling their love. And I’m sorry to say this but for me, the second episode is just boring and unneeded.

Firstly, I still can’t understand why the production team must split the episode into two parts, because honestly, they’re not getting any benefit from the split. I still find people aren’t aware of the fact that each episode contains two videos, and the casts have to constantly remind the viewers to “also make sure you watch the second part” to get the complete story of Tau and Tep.  I don’t think that’s the best way to gain more viewers. However, I will stop complaining about that matter and respect the decision of the production team. Also, rest assured that this issue won’t affect my rating for the series.

Secondly, I think the plot of the second episode of In Between the Series must be rewritten, to add more depth to the story and make it more compelling. For example, the scene where the whole squad gathers and plays the two truths and one lie game should focus more on revealing Tau and Tep’s past relationship instead of talking about the silliness of the other three supporting characters. Not that I don’t like the other characters, but for a twenty-minute show, the production team doesn’t have the luxury of time to dig in the details of the supporting roles. Unless it gives more nuance for the main leads’ storyline, they should focus on elaborating Tau and Tep’s love story.

Meanwhile, the second part of the episode did better in showing Tau, and Tep’s odd and awkward relationship as viewers can see more moments of them together. Yet, it’s not enough to save the whole episode from crumbling. Because in an instant, their lovely moment has turned into another meaningless gathering session of the squad. This detour makes the whole episode seem to drag, in my opinion. Nevertheless, I hope that the writing will improve in the upcoming episodes since the premise of the story is intriguing. The writer should lessen the interaction between the supporting roles, as well as exploring more on the main leads’ feelings and thoughts about their past and current relationship. It will surely make the story more enjoyable and worth your time to watch.

One thing that remains consistent from this drama is the acting of the main leads, especially Migs. Since the beginning, Migs has been able to accurately interpret Tau’s feelings and thoughts through his facial expression and gesture; his acting is effective and moving. While for Genesis, he also has done a decent job in personifying Tep’s character, but I hope to see more emotion from him. Sometimes I feel like he’s giving a monotonous expression to all situations. As the story develops, I wish he can go deeper into Tep’s mind and deliver more convincing acting.

All things considered, I will still be waiting for the continuation of Tau and Tep’s love story as I’m still curious about Tau’s reason to leave Tep. Even so, I expect the production team to step-up their game and improve the quality of the series to give a wholesome experience for viewers. Because in the end, a well-written story still becomes a determining factor that creates loyal viewers.