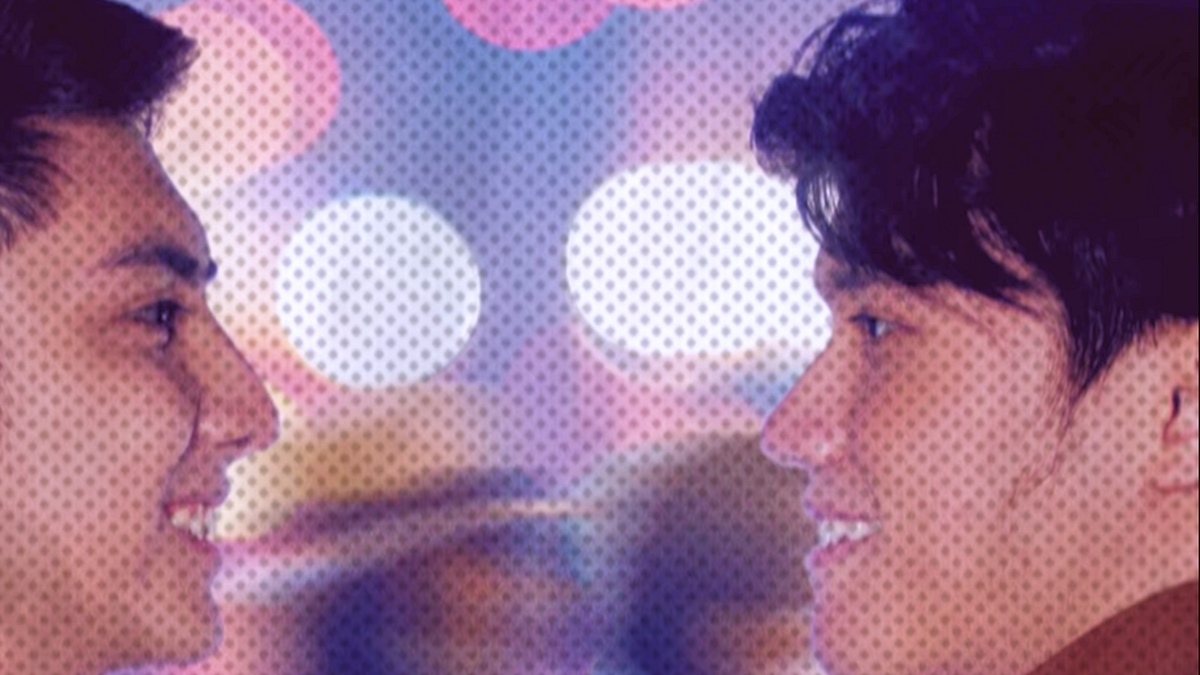 Two men find themselves at new beginnings early in their 20’s. Karl is stepping out of the nest and into adulthood as an independent online writer/editor. Vladimir is running from his mother’s judgment by taking a trip to Bangkok. The two meet by chance because of loud music in Karl’s apartment building, and neither thinks much of it. The next morning Vladimir attempts to hide from his elder sister.  He does this by breaking into Karl’s apartment, encountering Karl, and getting Karl’s silence.  When caught by her, the two pretend to be lovers. But Karl is confused and doesn’t understand why.

Written by the clever wordsmith Juan Miguel Severo, “Gaya Sa Pelikula” is populated by a stellar cast. The characters feel like friends you know by the end of Episode 1.

Karl Frederick Almasen, portrayed Paolo Pangilinan, is fresh out of college with a fervent desire to be independent and successful. He’s just moved into his Uncle’s condo in the big city.

Jose “Vladimir” Austria, is played by Ian Pangilinan, is a 3rd year film student who is currently on the run from this family.

My Thoughts on Episode One

This episode is beautifully shot and uses wonderful music choices and well-crafted sets to make me feel right at home.  The entire first episode takes place in an unnamed but stylish apartment building run by Vladimir’s sister. Or that’s my assumption since when you first meet his sister Judit, she’s is showing an apartment to a prospective renter (Vladimir’s apartment at that). The very same apartment in which Vladimir was having a one-man party that bothered Karl with noise the night before. Karl lives in the apartment next door and confronted Vladimir about it.

That’s how this episode happens; one moment leads to another in a well planned and executed scripted series of events. Karl has just left home to live in the hip and lavishly furnished apartment of his uncle. He’s happy, optimistic, and adorable as he foregoes exploring the apartment and starts working as soon as he gets there. It’s a testament to how responsible he is that he is already working as an independent writer/editor. It’s his own efforts that will keep him employed. The way it is written showcases his human desire to be having fun all the same.

Because a party is going next door and he seems envious, he talks to no one about how everyone is having a party. Going over to ask the party to turn it down, Karl quickly learns it’s only Vladimir and a bottle of alcohol dancing to a catchy pop song. For a moment, he is transfixed by the sight of the sexy and clearly sad man dancing alone to the music. The way this scene is shot is so intimate and beguiling; I was equally lost in how perfect it’s done.

Vladimir’s rudeness in response to being intruded on is well acted as the two take the initial disliking of each other. But back in his own apartment, Karl finds himself eventually dancing along with the music. It is interesting and telling of this young man to be able to get equally lost in the same music that’s playing as Vladimir.  I could almost imagine the two of them dancing in the same spot together instead of separated by walls and distance.

The writing of these characters is very realistic and natural as you see the two men interact with the characters they are closest to.  Karl talks with his parents via video call, and over the course of the short conversation, their words show more of Karl and his apparently gay uncle.  The acting here is so splendid as you see all three actors react to each other. When the father gets a little boisterous with his wife, I found myself wincing right along with them. It’s nuances like this that make this show stand apart from others. Many show’s characters seem like still-life fruit when others are talking, but in this show, everyone reacts to things.

Things like that are how I learned more about the characters in a lovely, show-and-tell style of filmmaking.  Karl’s lack of planning finds him precariously dependent on a paycheck that is not guaranteed, to assist with paying his rent. For reasons that don’t come through at the exact moment, Vladimir invades his apartment mid-crisis.  Here the episode dips for me as I was unsure if I should be worried about Karl or give Vladimir my attention.  The two are then joined, appearing to be in flagrante delicto (google it) by Judit, Vladimir’s sister, who is hilariously too much to deal with. By the end of this conversation, Karl and Vladimir are pretend-boyfriends.

Why? I don’t honestly know. Judit demands Vladimir return home to their mother and the sophisticated and calm man has a shocking outburst. The situation quickly descends into chaos over Judit’s call to their mother. By the end of it, though, Vladimir convinces Karl to be his pretend boyfriend. I know I know this isn’t a new plot point.

Two other shows have used this trope this year, but the swirling circumstances here give it a very slight twist that improves plausibility.  We don’t completely understand Vladamir’s motivations, but with this pair of cuties, that’s small potatoes at this point.