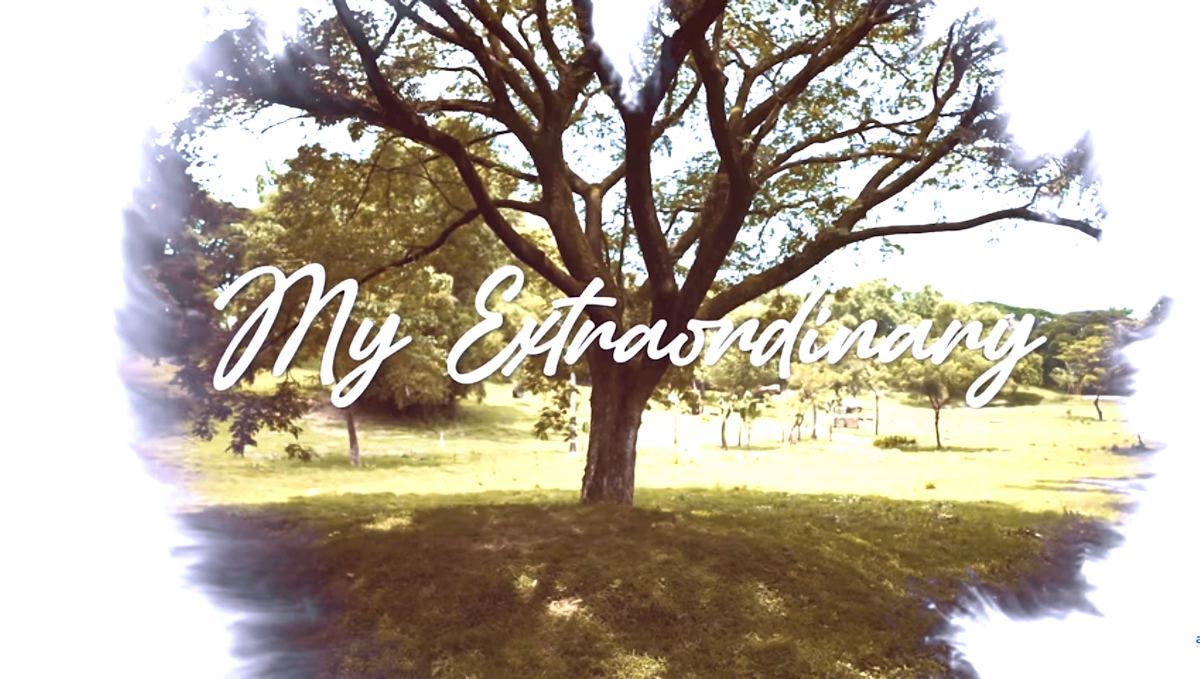 As CEO of Asterisk Entertainment, Kristian Kabigting eagerly watched several Thai BL series out of curiosity. Now, his company has three different BL series in various states of production. In April 2020, My Extraordinary was the first Pinoy BL announced by AsterisK Digital Entertainment and TV 5 with main leads as Enzo Santiago and Darwin Yu. I have followed the news of this series on Asterisk’s YouTube channel since.

Even though their Project – Asterisk Video React did not have English subtitles, It was a good way for the actors to watch three of the biggest Thai BL series and review them together. If nothing else, it did show the team’s and the actor’s commitment to watch, learn, and work hard to deliver a convincing performance for this BL show. Many Pinoy BL dramas have come out since that first announcement, mostly because shooting for this show had to be stopped during the Pandemic lockdown.  I was quite excited about the premiere of My Extraordinary. The pilot episode did not disappoint at all.

My Extraordinary is a tender story about innocence, friendship, the beauty of awakening desire, acceptance, and how time heals all wounds. #MyExtraordinary follows two college students’ colorful stories, Shake (Darwin Yu) and Ken (Enzo Santiago), and how they try to express themselves despite society’s many expectations.

Ken is a popular guy in college who dreams of writing the best theater plays one day. Enzo Santiago plays the role of this confident, kind, and charming guy. Enzo Santiago starred in an indie BL short film called Young Love in 2019. But his imminent rise to fame rests on the series My Extraordinary.

Shake is a shy person who struggles with his sexuality because of society’s judgment of him. He is more of a lonely person with a single friend and would prefer not to be in the spotlight. This character is played by Darwin Yu and has such infectious smiles. He is acclaimed for his role in the coming-of-age film First Sem where he was nominated for an Acting award.

Long before the show premiered, my first impressions of the actors were that neither have the drop-dead gorgeousness we are so used to seeing in most BL. This fact was so refreshing to see in the video shoots and the teaser later that the boys looked so much like any other couple one might see around us. And we do need not just realistic stories, but also real looking actors too in the BL because otherwise, it sometimes ends up being just eye candy to get views.  The pilot episode established all main characters clearly, without going into unnecessary drama or humor.

I was really happy to see the classroom scene where the students discuss the merits/demerits of a story. The discussion had real valid points and in a way, I took it as a message to the audience too. One needs to focus on the feelings a story invokes, not decide how you think it should be written. Ken’s talking points in this scene would have a bearing on how some actions will impact the story, but one can not always paint any character in just black and white.

We do not see much about Shake, just that he is always with his friend Heaven and is too shy to talk to anyone. He tries hard not to be the center of attention anytime and is quite sensitive to any comment made to him. His losing patience on the basketball court showed how frustrated he is with those comments, and later the scene at night cemented this feeling. Darwin’s performance in the scene at his room was fantastic, and I could feel his pain through the silence.

The contrast in the family and living style between Ken and Shake is so cleverly shown how their wounds are taken care of – Ken in a huge comfortable living space surrounded by his best friend and family. At the same time, Shake is alone in a room with standard lighting and crying himself to sleep.

Ken’s mother’s rant in this scene was so natural. I could imagine my mother going on and on in the same way. It was such a natural scene between the mother and son, where she is genuinely trying to understand why Ken got into a fight. This nosy behavior is so similar to her late husband, which explains her exasperation. Bonus points go to the showrunners for showing good manners when she asks the younger son to walk Sandee (Ken’s best friend) across the street to her home because it is dark outside.

“At least, keeper of Peace is resting in peace now.“

The pilot episode does not have much of a story.  However, in very subtle ways, we now know the story’s setting, the main characters, the relationships that will impact the story of the lead characters, and how their fate is entangled with each other. Even within this much predictable setting for a BL story, the pilot episode managed to make me curious to watch the leads play out this journey of exploring their feelings and chart out their path. In this way, it is not just the story of the people who like each other but of the people closest to them because their reactions and decisions are equally important.

I read on the YouTube page that most of the actors in this series are newcomers, but it was not evident in any scenes. It wasn’t just Darwin and Enzo looking so comfortable with their roles, it seemed that the whole cast has been trained well and has worked together to reach the level where the acting does not seem forced. The production quality is excellent; the lighting and the audio for the show are quite good. The team even put up the links to the OST MV and lyrics video in the YouTube details, which is much appreciated because I always search the same to add to my playlist. If I had to pick out a flaw, I felt some scenes dragged, and the camera work for the basketball game was meant to show a fast game, but it felt shaky and superficial to me. All in all, I look forward to the next episodes eagerly and expect this series manages the same impression and honesty.

Join the discussion No Comments