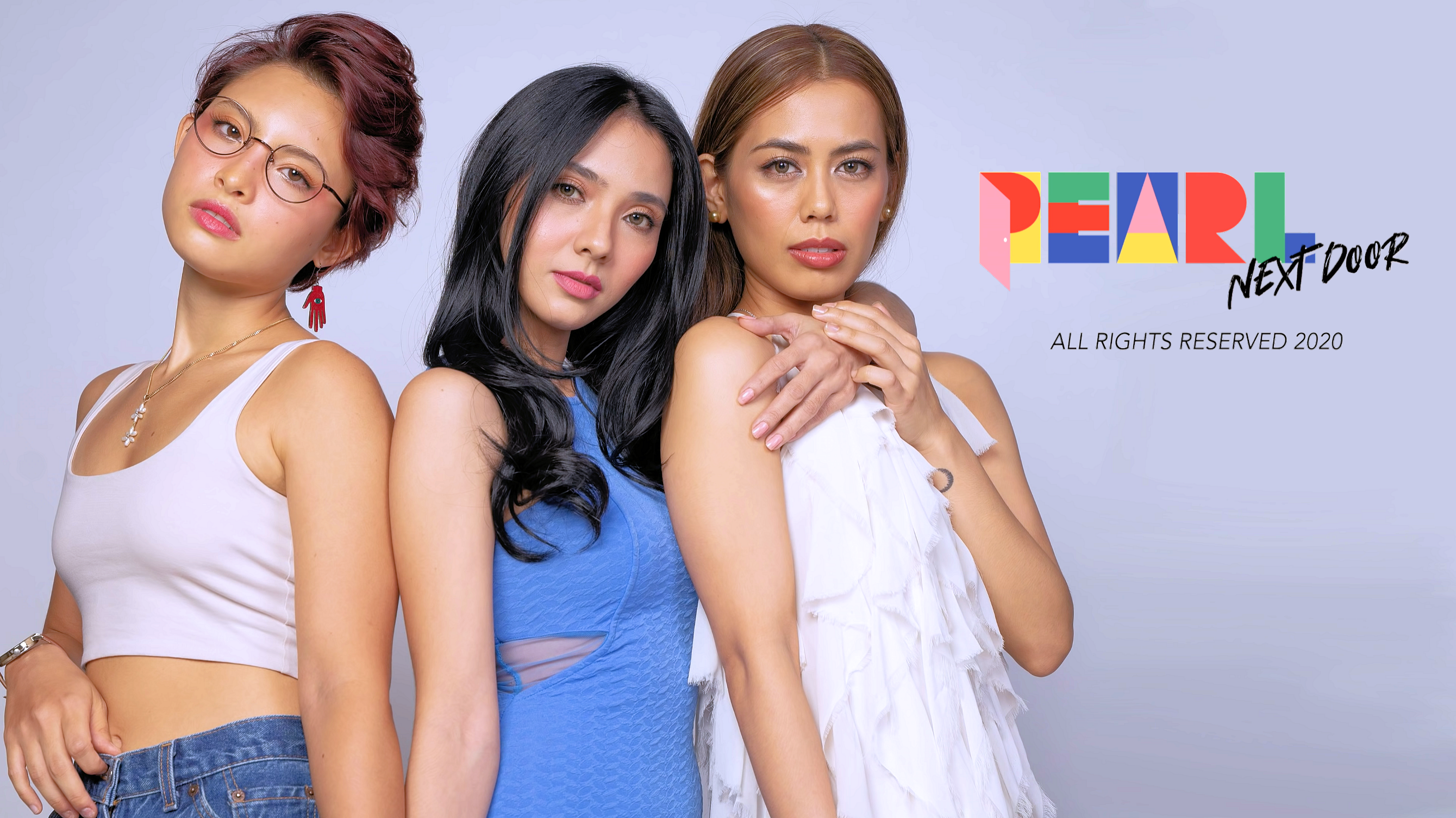 I should probably start this second review off by saying that I have a serious crush on Alex. I’m hoping with every fiber of my being that, at some point, she does not become the antagonist of this series. Then again, I do have a thing for bad girls. So, keeping with the spirit that Alex ignites with “Hello, Crush,” I’m going to start this with “Hello, Theory of X and Constant.”

Episode 2 opens where the first episode left off. A confident and radiant Alex Aguirre reignites her grade school friendship with Pearl. For the last twelve years, Alex has had a crush on Pearl, and she doesn’t shy away from it despite knowing there is a good chance of heartache.

I like most about Alex’s introduction because, although it’s obvious she’s going to be an intrusive emotional obstacle between Pearl and Karleen, she’s not a willing participant in this role. From the beginning, the viewer is aware that Alex has sent several friend requests to Pearl and that she has been an avid fan of Pearl’s videos. She seems oblivious to the connection between Karleen and Pearl. Although Pearl reveals to Alex that she is not emotionally available, she doesn’t detail why this is so.

Let’s talk about Karleen, Pearl, and bisexuality. In the first episode of Pearl Next Door, Karleen rejects Pearl because she doesn’t date straight or bisexual women. This attitude seems to stem from more a personal bad experience than a biphobic remark, and I had faith that the creators of this show were going somewhere with this statement.

While we still don’t know what happened to Karleen to make her so emotionally fragile, her past opened the door for discussing biphobia and bisexuality. As a bisexual, I was personally not offended by what transpired in the first episode because I knew Karleen had a past by her discussion with Pearl. However, it was a little off-putting that, aside from straight women, she would single out bisexuals when rejecting Pearl. I feel like Karleen may have been used as an experiment in sexuality by someone in the past, and it left her hurt. I understand that being an experiment for someone straight or in the closet can cause serious emotional damage because I’ve been there. However, I am still curious about how bisexuality plays a role in Karleen’s pain. We need more context.

One of the biggest misconceptions of bisexuality is that those who identify as bi, rather than having their own unique identity, are either considered part gay or part straight. Bisexuality doesn’t work as a family tree. It is not an extension of another sexuality.

What I love about Pearl Next Door is that it is opening the doors for this discussion. I find it incredibly refreshing that, rather than pretend things like this don’t exist, the producers make it part of Pearl’s narrative. Fonzy’s line about Karleen denying bisexuality in this episode is a perfect example of this. While we as an audience are still unaware of the totality of Karleen’s situation, what has transpired so far has opened doors for discussion that should not remain closed. For that, I am grateful.

I do love a well-done, fun vlog, which Pearl excels at making and which I now realize will be a constant running theme for this series. Being a spin-off series from another very popular series, Pearl Next Door needs to create its own separate identity. Shaping each episode around Pearl’s personal vlogs is a great way of doing this.

Oh, the harsh reality of unrequited love. There is a reason so many movies, dramas, and books are made and written about crushes that never come to fruition. There is something painfully beautiful about falling for someone you know you may never be able to have. It could be that the world is full of people who are all simply gluttons for emotional punishment. However, I personally like the feeling of falling in love – It’s addictive. Pearl’s feelings for Karleen are genuine, and I love the close friendship the two share. Pearl uses her vlogs to express herself and her pain in a positive way that I found strangely saddening. It’s apparent that she uses her sunny personality as a shield.

All this talk brings me back to Alex. Alex is one incredibly bright sun that seriously makes me smile. She is honest and abrupt in a completely refreshing way without expecting anything in return. Alex reminds me of a girl I knew in grade school named Katie.

Katie was my “Alex.”
Katie was my first kiss.
She was an important, sexually defining moment for me.

While I wasn’t comfortable enough with myself back then to explore the possibilities, I will always be grateful to Katie for being the start of that journey. Firsts in life are never forgotten. Katie was a first.

(I am adding a little side note here to mention that if Rachel Coates ever wants to sing to me, I am open to it.)

If you watched this episode, then I would be curious to know if you had the same sense of dread I did while watching Fonzy and Pearl’s conversation. During a brief video call with Karleen, Pearl becomes increasingly aware that Karleen is jealous of Pearl’s association with Alex, especially since it’s widely known that Alex has a crush on Pearl. When Pearl reveals this to Fonzy, the two of them immediately start to wonder if Karleen’s jealousy will work in Pearl’s favor. Could Pearl’s friendship with Alex make Karleen face her own feelings for Pearl?

This does not sit well with me, and it has nothing to do with my love for Alex. I have never been a fan of using someone else’s open feelings as a tool.

The second episode of Pearl Next Door ends with Alex confessing to Pearl in a group video chat after she tells Karleen that she doesn’t need her permission to like Pearl.

I have no idea where this show is going with the current love triangle, but I have to admit that I was a little disappointed in this episode. There are a lot of confused and hurt feelings flying around, and I’m afraid that the message Idea First is trying to convey about bisexuality may get lost in it. The way Pearl knowingly set up the group video call to incite Karleen’s jealousy without revealing who would be involved in the call to Karleen or Alex does more to prove Karleen’s opinions than not.

However, I have faith in the people behind this series.

Idea First has proven that it does not hold back with its stories. I found myself as frustrated during certain moments of Gameboys that I do now in Pearl Next Door, and yet they always managed to wow me. They always took Gameboys in a direction I was not expecting. Because of this, I have high hopes that Pearl Next Door is on a journey to do the same thing. I have faith they are opening doors rather than shutting them.

At some point, I even began to wonder if our lead, Pearl, was going to end up being the antagonist. Despite the fact that I am not a fan of the way she seems to be using Alex, I am a little intrigued by the possibility of a lead being the antagonist in a drama.

I am a little afraid of what’s coming next, but I am no less ready to see what they have planned.