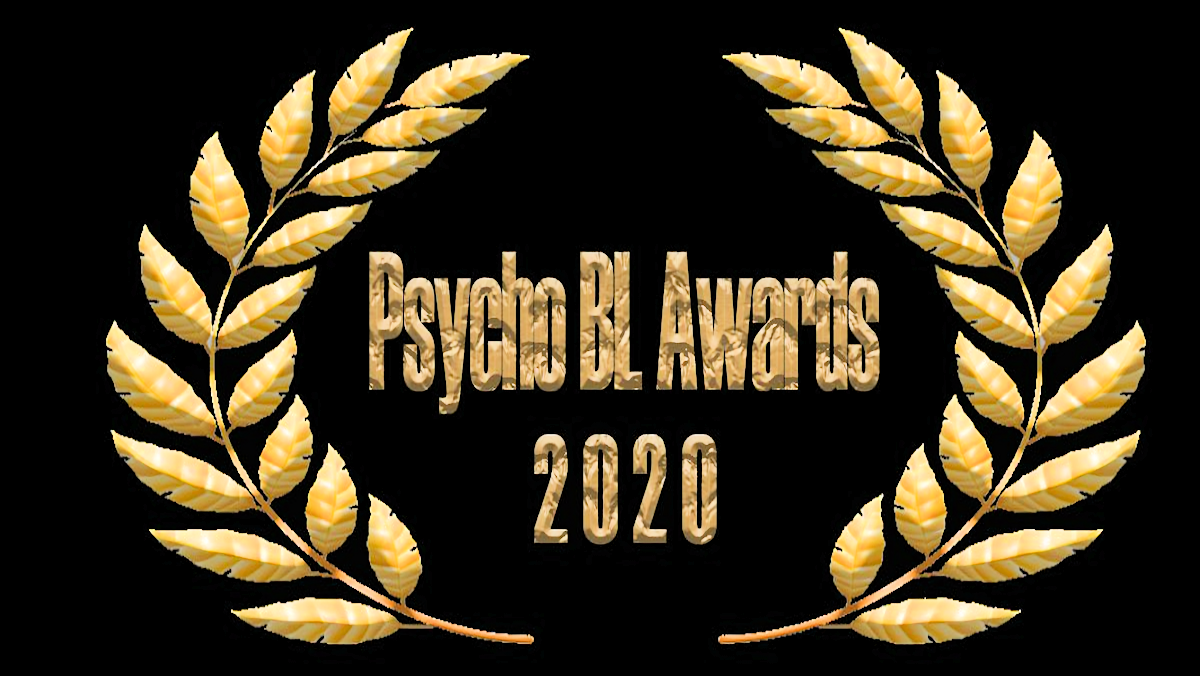 The 2020 Psycho BL Awards are complete. We have our Winners, and our Runner-Ups. The way that voting was conducted and final results achieved this year was unique. An internal survey was distributed across the family of Psychomilk Contributors where they nominated 10 – 12 candidates for each category. From the given list, the choices were cross-checked and then 10 were chosen to be posted in Public Polling from January 10th – 15th, 2020 that produced over 16,000 votes. Using these votes as a barometer, the top voter choices from each category were evaluated using a specific set of criteria by a group of five completely independent judges, none of whom are a Reactor, Content Creator, Producer, Actor or any member of The Psycho-milk Media Group.

The judges on the voting jury consisted of:

1) A BL fanatic from Asia
2) An International BL supporter & advocate of LGBTQ+ rights in the United States
3) A Professor of Theatre, Media, and Film
4) A self-proclaimed Fujoshi
5) A BL non-fan, seeing the selection clips for the very first time

The subject of “snubs” came up in our team discussions during the process, so I asked the team to get me some examples. However, there were only two of us (thanks Mals) who came up with one – one glaring snub. That is for Why RU’s 2nd couple Saifah and Zon, portrayed by Jimmy Karn Kritsanaphan and Tommy Sittichok Pueakpoolpol. They weren’t exactly one of the main couples, but they would have been featured enough to qualify at least for a nod for Best Side Couple, or maybe even Best Boys Love Couple of 2020, if COVID-19 hadn’t just absolutely eviscerated Why RU’s shooting schedule. M2’s fandom screamed enough to where the two of them got their own three episode expansion/completion of the Saifah/Zon story. Jimmy and Tommy, we love you from The Psychomilk Team. You got rooked in the nominations.

Although the show wasn’t phenomenal, this supporting couple won the hearts of the fans with their sensual chemistry and mutual understanding. Our first award is for Best Side Couple goes to:

Our next award is for best writing. As fans of BL, let’s face it, a lot of the time, the script plays second to the eye candy and the chemistry of the actors in the main roles. However, that doesn’t limit BL series scripts from touching on some of the real issues facing the LGBTQ+ community today. With the explosion of high-quality BL series coming out during the year, this one’s script was valued as the Best Script in the 2020 Psycho BL Awards!

Female characters in BL don’t always the most positive views from the audience. It’s getting better, and we have a category for Best Female Character. In this case, the female character doesn’t fulfill the “trope” of always playing the villain, but in fact is a more realistic portrayal of a true friend to the main leads. The award for Best Female Character in BL for The 2020 Psycho BL Awards is:

Music plays an important role in BL series. If the music isn’t well-done, maybe the audience won’t be quite as excited watching the series every week. In this case, the music blended with the visuals to increase the overall viewing pleasure. The 2020 Psycho BL Awards for Best Music Scoring:

Continuing our discussion on music, how many of us think of a particular song when a BL series pops into our head? How many of us link a certain song to our complete enjoyment of the series. The Best Original Soundtrack in the 2020 Psycho BL Awards:

The show with the best intro and storyboards is:

The show with the best man behind the camera for the 2020 Psycho BL Award for Best Cinematography goes to:

At this time, let us announce some winners for their efforts in making the BL Genre as successful as it is. Some may be outside ridged concepts of these awards. That’s why they are Special Awards from the 2020 Psycho BL Awards.

Romance plays a big part in BL Series. Along with the romance comes the intimacy between the leads. Affection as intimacy is expressed as a kiss. The 2020 Psycho BL Awards is proud to award the couple with the most sensual touching of the lips as the Best Kiss to:

There are many, many production companies in the BL world. From Thailand, Korea, Philippines and Japan, not to mention other countries contributing their first productions to the viewing audience. However, COVID-19 critically damaged the ability of these producers from getting their product to viewers in 2020. However, the show must always go on, so something had to be created for the viewing audience. This production company was one of the first to create an entirely new way of bringing stories to us. Stories that even emulated the harsh and lonely world brought on by this Pandemic. Conversations, feelings, and love stories were suddenly being conveyed to us using this medium that was just about the last thing we had left. The award for the Breakthrough Production Company and their pioneering method of telling a love story goes to:

The person at the helm of every BL series, no matter where it comes from, is the Director. This is the person responsible for what we see and hear on the screen. There were so many great efforts this year, but this is the winner of the 2020 Psycho BL Awards for Best Director:

Being the LGBTQ+ community, there are still quite a few of us who don’t always have it looking so easy. It’s important for us to remember some of the struggles all of us has faced at one time or another. The category for this award is Most Thought Provoking BL Series in the 2020 Psycho BL Awards is:

Sometimes things just click with actors. Casting is about the best it can be, and the story told to us by the actors using just about the perfect script prompts us to award all the actors for their performances in the 2020 Psycho BL Awards. The winner of the Best Ensemble Acting is:

Acting is getting better and better in BL shows. This actor is just not another pretty face. This one has real acting chops – the kind that can really go places in the entertainment industry worldwide. The 2020 Psycho BL Award for Best Actor is:

There is one element that can make or break a BL series. If the BL romance, or even Bromance doesn’t consist of great Chemistry between the leads, who’ll watch it? The chemistry between the Leads is more important than, dare I say it, even looks. Many, many couples for the 2020 BL series year had chemistry in droves. This pair is who the 2020 Psycho BL Awards has chosen as the Best BL Couple of 2020:

Finally, this has been an arduous and long process as there were so many great shows this year. But there can be only one winner. The 2020 Psycho BL Award for the Best Boys Love Series of 2020 goes to:

For your convenience, the carousel below will allow you to view all of the awards in a quick setting.