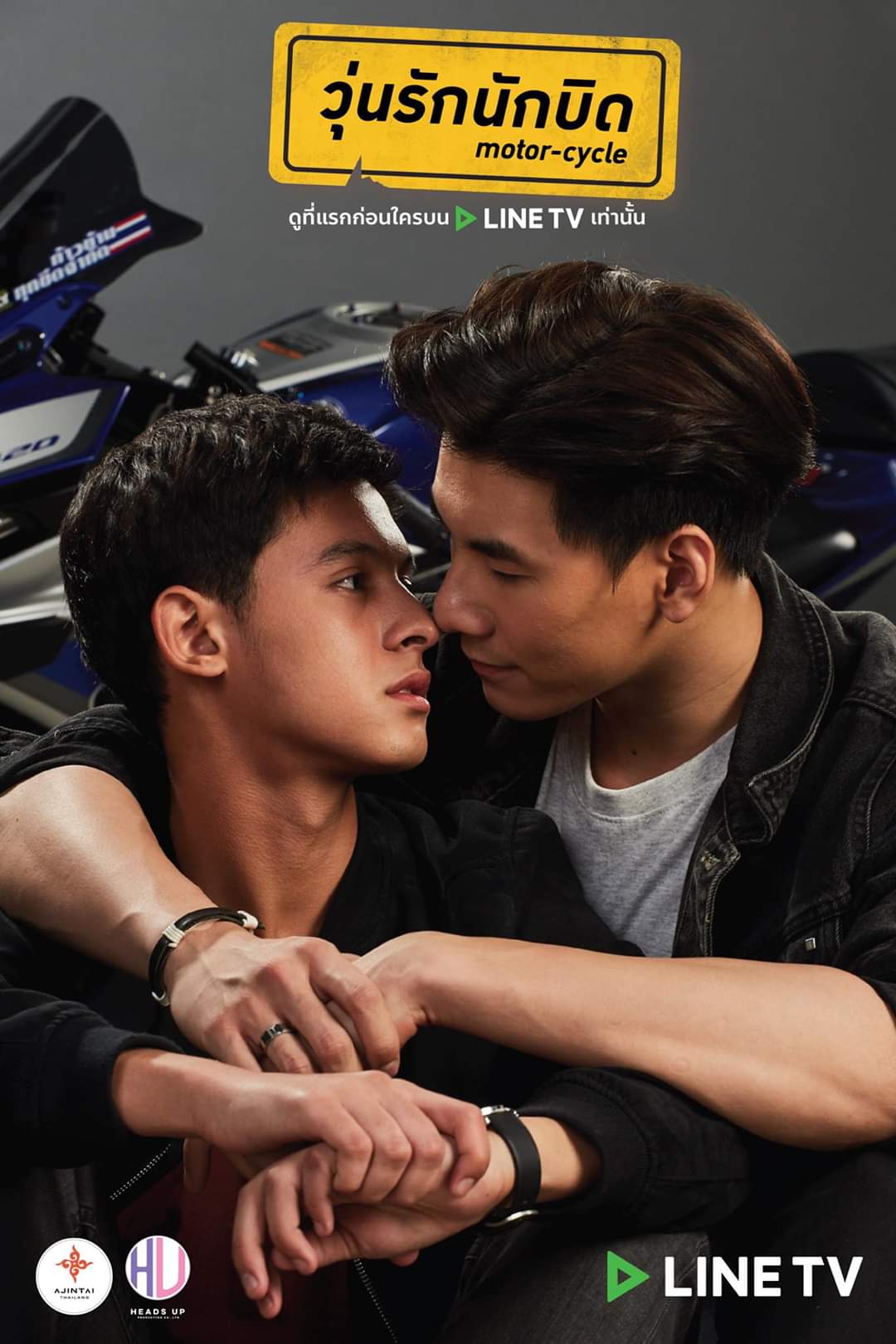 The bad boy image in BL is one theme that is hard to match – there is just something alluring about being bad for the sake of it. Now comes a new BL drama entitled Motor Cycle: The Series. For me, it sounds like sex, boys, rock & roll, and motorbikes of course! The series is slated for a May 2020 release.

29 April 2020 updates: The buzz is running high for Motorcycle: The Series since it was announced that it will be on air by May 2020. There are plenty of provocative shots showing the two lead stars –

Here’s what’s it’s all about:

A high school kid named Run loves to sneak out of the house to ride his motorbike. He drives around and feels the exuberance of just the ride and the freedom to do what he wants, and what goes with it. When his bike breaks down, he meets Mike, a guy who fixes it in no time. Mike is an introverted, open-minded individual who works as a mechanic. However, he’s not just an ordinary fixer – he has a lot of secrets. Both fall for each other but don’t push it any further. Both already have boyfriends, a fact that gives hope to something more than just desire. Will they pursue each other or stick to their boyfriends?

22 March 2020 updates: Definitely, there are new faces in the cast and since there is already a trailer, these young actors will probably stay in the series.

18 Dec. 2019 updates: Series production team is pushing for the drama to launch. The only missing info is the exact date. The latest photos reveal a new cast!

Update: It seems the production team has recast again! Lazy Subber just announced on Facebook. Here is one of the leads, and he registers quite well!

We will add more info as we get them.

Below are the previous cast, and until now it is incomplete. Our guess is that those below are no longer acting in the series.

The series’ official Facebook is quite active. Here are plenty of photos of the cast!

Stay tuned for more casting news as we get them from the source!