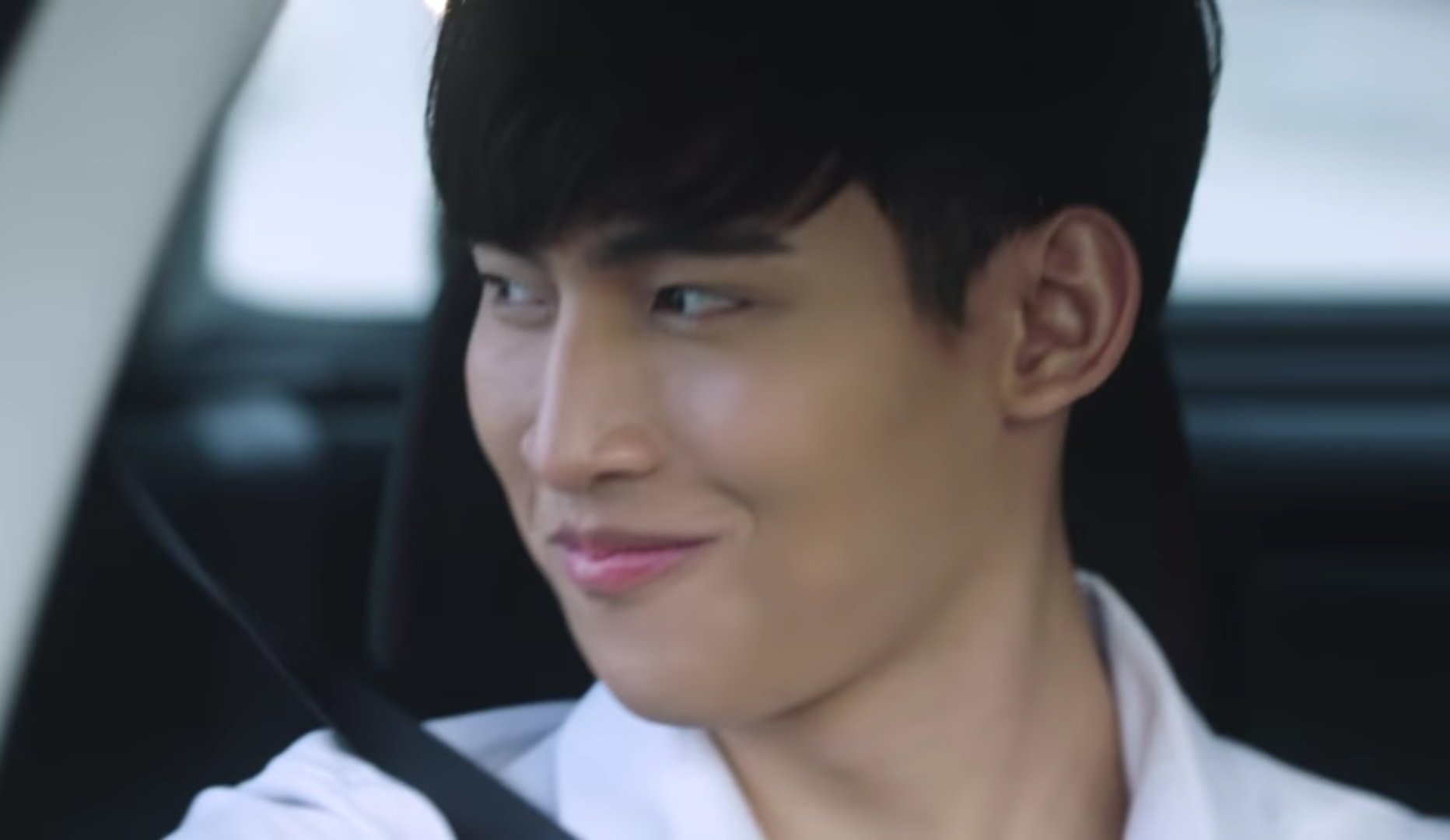 Until We Meet Again – Episode 5 [Review]

I watched UWMA Episode 5, three times to improve my understanding of the nuances and the limitations of the subtitling.

To create great Texas BBQ, you have to smoke the meats oh-so-slowly – literally hours, before you get a fantastic result. Episode 5 was indeed more leisurely, evolving exposition, but oh-so-slowly done well. We should fully accept the slow-pace now – it’s for our edification.

Most of this episode features Dean and Pharm and the two of them being together. We pick up with Dean and Pharm on their way to school after one of Pharm’s fits of fear and dread. Pharm attempts to apologize for this. However, as the clearly chivalrous and gentlemanly person that Dean is here, he will have none of it, and reacts with a caring dismissal “about what?”, and in a bit of appropriate translation, says (it’s) “something that shouldn’t be remembered, (and) there is no need to recall it”. He then teases Pharm about not getting to have enough breakfast as a result and goads him into feeding him more, getting a laugh out of both of them.

I’d like to find a dictionary (in English) for Thai slang. The dialog between Dean and Pharm outside the car after arriving at school is suggestive and fun. When Pharm tells Dean that Pharm’s car is fixed and he’ll no longer require a ride anymore, you can feel Dean shrink just a bit. Pharm’s further motivation here is purely altruistic, and the results will warm your heart.

The morning classroom scene between the 3 friends, Pharm, Manaow, and Team, made me realize even more how much social media is such a prominent element in our everyday lives and in the BL world. Dean’s and Pharm’s relationship is becoming “public domain” material. However, in this world there is no malice or derision, just a display of excitement, and curiosity. You can almost hear the public outpouring of “Awwwwww, that’s so cute”.

This series and other BL series, like up-and-coming “Why RU”, feature greater ‘self-awareness’ in plot and storyline. The character’s dialog itself features discussions on BL topics such as boys, boys love, looks, and “shipping” couples together. It seems more and more fans are wanting BL series’ romances to transcend the boundaries of reality, and to exist in the real world – it’s a big market for pretending.

The breakfast scene between Dean, Del, and brother Don, is completely different in tone from the previous like scenes between the three – Del’s first attempt at making breakfast is a success! There’s a really pleasant current of positivity flowing and we know its source.

Later on Dean and Pharm spend the day together in social circumstances, primarily at a large aquarium park. There they share close conversation describing themselves to each in more and more detail (like I said earlier, more exposition). There’s even a potential breakthrough in their relationship. But alas, Pharm’s fear rears up again – “I’m just afraid”. Overall they have a great time.

I have to comment here that in most BL series I’ve watched I get no sense of a constructed “set”. Most, if not all shooting is done on location, complete with random crowds and public circumstances. It’s great on the budget, but I imagine not so easy for the audio guys. While they do a great job, just maybe there’s a bit of overdubbing in post-production.

Later, after Dean has dropped Pharm off at home, there’s a continuation of an earlier scene involving a noisy neighbor. This guy will play an important role in revealing to Dean and Pharm things that will affect their own lives decisively (see the teaser). When both Dean and Pharm being to relax, they look into their lifelines – their phones, More publicity, and coming from a sorta unexpected source!

The shows final scenes are more exposition, setting up a flashback for Dean to experience where In and Korn make an appearance, slightly paralleling the experiences Dean and Pharm just had in the scenes immediately preceding.

Overall, while it’s slower pacing may increase the impatience of some fans, I liked this episode, with all its “warm and fuzzies” and not much in the way of sad drama.

Next week’s show looks like some serious fireworks are in the offing. For some reason Wabi Sabi doesn’t include subtitles in the “next episode” segment.