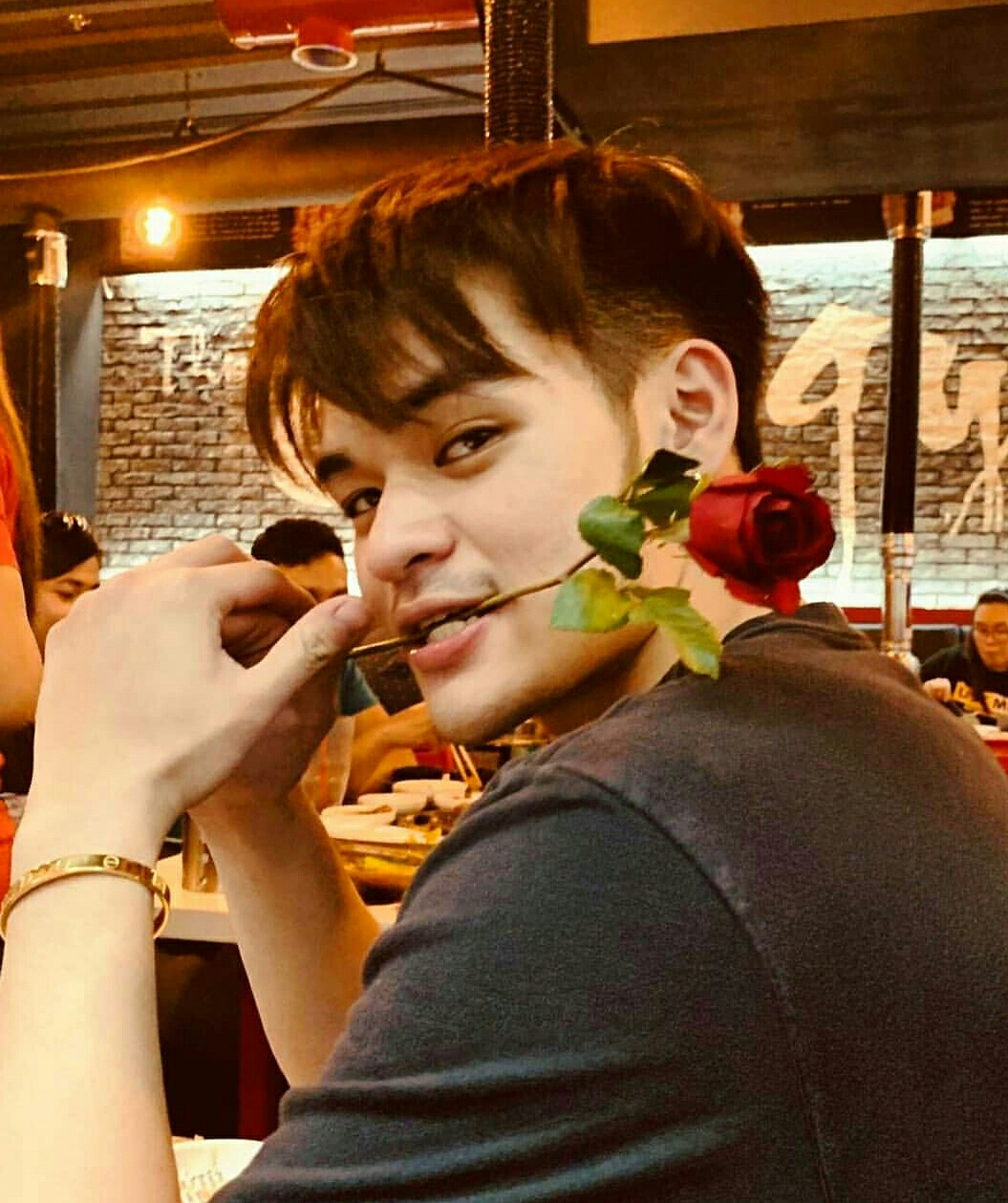 There is a certain star quality about Enzo Santiago. On Twitter during their Q&A, how he replies to questions about his BL series, My Extraordinary, is spontaneous and honest. You immediately become aware of his seriousness and passion. His role is that of the series’ alpha male and could very well be one of its biggest selling points.

Let’s hear him out, shall we? [Interview after the jump!]

What is the story behind being cast as one of the major characters in the first BL series produced in the Philippines?

When my contract from my previous agency expired, I was scouted by Mr. Kristian Kabigting. Sir K and I knew each other through mutual contacts, and he also saw me in an acting workshop. Mr. Kristian offered me an opportunity to work and to grow as an artist by inviting me into their management (AsterisK Digital Entertainment). I was offered a lead role in this series, and I am very excited to work with them and my fellow lead co-star, Darwin Yu.

As the star in My Extraordinary, what is your approach to the character? Do you internalize him, and how do you collaborate with Darwin? What sort of chemistry do you want viewers to feel about you as a BL couple? What’s his name and who is he? (without revealing too much, kindly give us some background)

My approach would be the same as all of the roles that I’ve done! I study my role, do some research about my character’s background using the resources that I have been provided, and try to figure out their objectives.  I collaborate with the writers and director and my fellow artists to include and absorb their perception of the series into my character study. The chemistry that I’d like my audience to feel is like the chemistry we see on non-BL couples! I believe that BL couples are also just like straight couples that we see on mainstream media and much more! I’d like them to see and feel that my partnership with Darwin as a BL couple is authentic! I am going to be the character of “Jonas” in this series, and Darwin will play the character of “Shake”!

Will there be intimate, kissing scenes?

I think it depends on the script. Based on the story “intimate, kissing scenes” would not apply yet. However, you will see a lot of kilig (romantic and excited) moments between me and Darwin’s characters in the series. When it comes to kissing scenes, Darwin and I have no problem with doing those scenes as we are both professional actors. We talked about this subject before we accepted the project.

In local dialect, napaka astig ng dating mo (very cool of you). We mention that you must be the alpha male of the series. Your IG photos are so provocative and quite bold. Tell us a bit about you as a person? What do you like, dislikes? What are your favorites?

Thank you so much for those wonderful comments! ❤️ I’m the type of person that has an insatiable taste for knowledge! I like reading books about various successful people, and I absorb bits and pieces of them into my own self! I also love watching movies, documentaries, playing basketball, and other sports. I also I love working charity events. I dislike cockroaches (Like a 100%) 🤣, and people with inflated egos.

My favorite thing to do is to act and to study! I believe that knowledge is a power that cannot be taken from us, no matter what! We can never stop learning! I’m also a motorcycle enthusiast! 🏍️💯

We noticed that you have Al Pacino as a Twitter cover photo? Are you a fan? What would you consider to be his best-acting projects to date?

Yes! I’m a die-hard fan of Al Pacino! I was hooked by Al Pacino when I watched The Godfather Trilogy. His acting was so on point, and I love his style of acting!

Who are some of your other favorite actors? Where do you get your inspiration?

I have many favorite actors, both local and international. I’d say that in the domestic category, Mon Confiado is my favorite. His acting skill, versatility, and commitment to his character is what makes him stand out, and I love that! ❤️ For the International category, Al Pacino and Leonardo DiCaprio. 💯

Any particular movie that made you want to become an actor? Give us a bit of a background about the films you like!

Well, almost every movie that I’ve watched inspired me to become an actor. However, the real inspiration came from my family. I use acting as a way to provide and help my family. Acting is the work that I enjoy because I’m able to use my passion to help and inspire others. I like all kinds of movies! But I love sci-fi films and genres with heavy drama and action!

Any message to BL fans?

YA’LL ARE THE BEST! Please keep on supporting our own pinoy-made BL series! This is something that we pinoys could be proud of! Tatak pinoy ito!! ❤️ (This is a Pinoy!) Let’s support and help each other in promoting these kinds of film! Darwin and I will do our best to provide you all with a film that will be memorable and enjoyable! I thank you all for your undying support for us! ❤️ I love you guys!!

Once this series explodes all over the internet, there may be questions about you and Darwin. Are you ready for the sudden shot to fame and possible controversy?

One is never too ready for what awaits us! But I can say that we’re doing our best to prepare for these kinds of things! ❤️   Darwin and I are ready to please you all! 💯❤️

Psycho Milk thanks Mr. Kristian Kabigting and the team at AsterisK Entertainment for this interview opportunity.