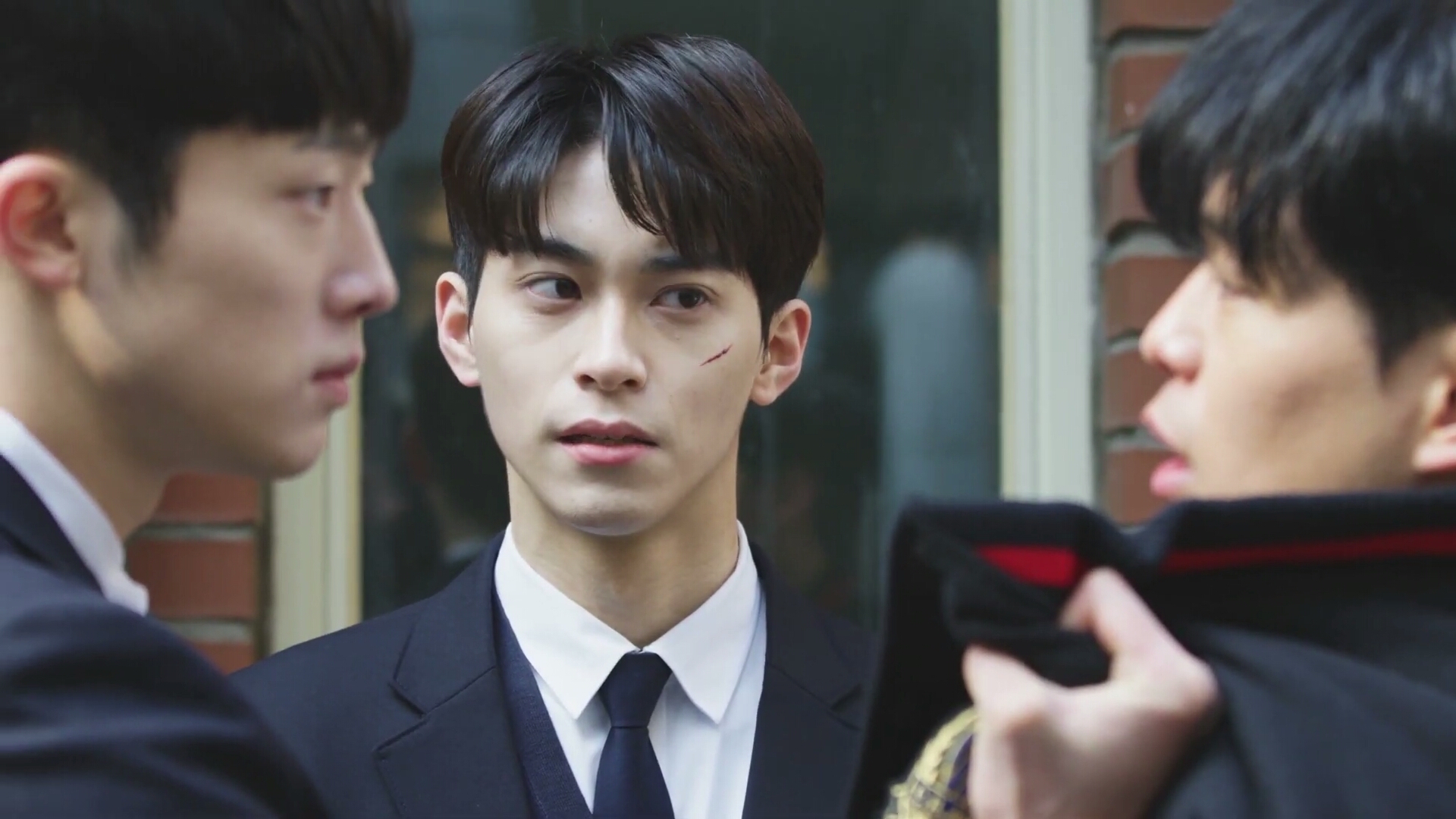 Finally, the South Koreans join the current Boys Love craze that originated in Japan and has been deconstructed and re-designed by the Thais. Entitled Where Your Eyes Linger, it’s already making waves for its poignant and unique storyline.

Most publications that announced the new BL – of 8 episodes to premiere on May 2020 – fail to mention that award-winning Korean filmmaker Lee Song Hee-Il has already wowed the international audience with his gay trilogy back in 2006. There is actually no “breaking the stigma” because it has been broken already. It’s just a matter of reinforcement. Anyway, let us put more perspective into this new BL after the jump!

With reports by Krishna Naidu (Twitter-krishnaidu88)

24 April 2020 Update: Rakuten uploaded a teaser which can only be seen at their YouTube channel. Here are a few select screenshots!

What the Story is all about + Cast Roundup

Tae Joo, 18 years old, is a member of the distinguished family. Regarded as a “chaebol heir” (A chaebol is a large industrial conglomerate that is run and controlled by an owner or family in South Korea), he is known to be a spitfire, with an unpredictable attitude towards the people around him. He has a bodyguard named Gook, who is also 18. With an intimidating physicality, Gook is close to his master and swears to protect him at all costs.

Newcomer Han Gi Chan (한기찬) makes his acting debut as the main lead in this web series. His management company Fantagio, in an official statement released on 20th April, confirmed the casting news. Prior to his acting debut, Gi-Chan worked as a Fantagio model. The buzz points out that he participated as a trainee contestant in boy-group survival reality show ‘Produce X 101’.

Jang Eui Soo (장의수) has acted in several Korean dramas. He plays supporting characters in A Gentleman’s Dignity, Dokgo Rewind, Bad Papa, He is Psychometric and Jal Pa Gin Love. He recently enacted the role of Park Sung Bum [Seo Kyung’s stalker/ex-boyfriend] in on-going popular drama Memorist. At 30 years old, the challenge for Eui-Soo is to act 12 years his junior.

The BL Scenario in Korea: A Closer Look

Where Your Eyes Linger is directed by Hwang Da Seul. Da Seul is popular for writing the web drama Love As You Taste and won an award at the Catholic Film Festival with the 2018 short film Spring in Summer.
The web drama series features 8 episodes, each around 10 minutes long. The drama will be released on 22 May 2020 and will premiere on Viki. It will be available in Korea and Japan and then edited for a director’s cut theater version for release in June.

While Your Eyes Linger may be the first BL web series to be translated into a live-action drama, it is not the first gay-themed show in South Korea. In 2015, Mnet broadcast The Lover, starring Lee Jae-Joon and Takuya Terada. They play roommates in what can be considered a full-blown bromance. Jae-Joon went on to star in Night Flight (2014), directed by Hee-Il. The acclaimed Korean filmmaker is a trailblazer, having created the gay trilogy composed of Night Flight, White Night (2012) and No Regret (2006).

Further, in 2017 there was Long Time No See, a truly full-blown BL composed of five 15-minute episodes.