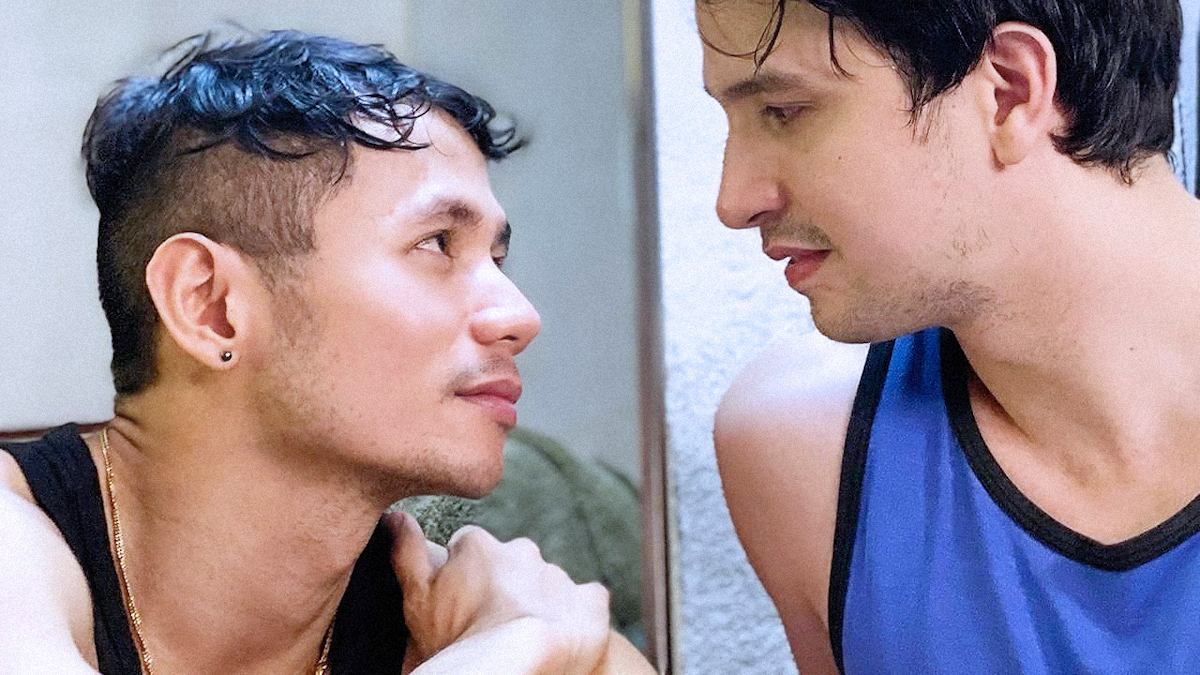 The pandemic has changed lives around the world. With many countries implementing severe lockdown restrictions, our opportunity to explore the outside world seems to have vanished into thin air, leaving us with no other option but to stay at home most of the time. However, when a door closes, another one opens. Living in our own cocoon for months has taken us on a spiritual journey to the deepest part of our heart, where the most important question of our being is waiting to be answered.

Unlocked, the world’s first series from GagaOOlala about LGBTQ+ relationships under lockdown, directed by Direk Adolfo Alix Jr., aims to give an honest portrayal of the dynamics of human relationships under oppressive and depressing circumstances. The struggles of each of the couples portrayed in the six-episode anthology series will bring viewers closer to their own experiences in life, especially during this pandemic. I think that’s what makes this series so different; its ability to connect with viewers by covering topics that are close to their lives and force them to reflect on their own personal journey, which inherently invites them to be part of the story.

I wanted to develop stories where the circumstances of the pandemic are a catalyst for a deeper examination of relationships. It acts as a purgation of sorts – be it the physical distance or the paranoia of the situation (Director – Adolfo Alix Jr.)

The center of the story, Andrew, was portrayed by Markki Stroem. Since the breakup with his partner, Zeph, Andrew is constantly looking for an escape to mend his broken heart. This heartache brings him to Brix, a rent boy he meets online. Their conversations have eased Andrew’s chaotic mind. But will it be enough to convince him to start a new relationship with Brix?

Personifying Andrew’s escape from the cruel world, Brix is portrayed by Mike Liwag. For Brix, Andrew is more than a loyal customer who always uses his service; he is a friend or maybe a potential lover that can save him from his own harsh reality. The question is, will Andrew readily accept his heart, or will he tear it to pieces?

Ardel Presentacion portrays Zeph, and he is the former longtime partner of Andrew, the one who gets away and turns Andrew’s world upside down. His whereabouts are unknown, until one day he comes back to Andrew’s life, asking for a second chance. Yet, isn’t it too late to rekindle their relationship?

On a lonely night during the quarantine, Andrew invites Brix to stay at his apartment as he is hoping that having some company might help with healing his broken heart. Despite the strict lockdown rules and the distance between them being miles and miles, Brix is gradually falling for this loyal customer and accepts the invitation. As the night gets darker, their conversations get deeper. Two lonely hearts looking for an escape from the chaotic life situation by embracing each other’s vulnerabilities. But when life gives them two difficult options, love or desire, which one will they choose to be their happy ending? Because in between love and desire, there’s a feeling of longing that unites the two.

The first episode of Unlocked reminds me of the famous American romantic comedy, Pretty Woman, where Andrew’s character has some similarity with Richard Gere’s Edward Luis, and I can definitely see some qualities of Vivian Ward (Julia Roberts) in Brix. However, unlike Vivian, who eventually fulfills her American Dream, both Andrew and Brix must learn about life in the harshest way. This fact, in my opinion, makes the story more realistic because viewers can connect deeply with both characters.

In the midst of the pandemic, many BL series have aimed to lighten viewers’ moods by giving them the content of sweet romance. Yet, not many series offer a truthful portrayal of the depth of human relationships during disheartening situations, specifically about those within the LGBTQ+ community. Besides Chasing Sunsets the Series and Gameboys the Series, I think the other Pinoy BL/GL series choose to give a ‘delicate’ illustration of the current pandemic situation and its effect on our lives. There is nothing wrong with that choice – and I do believe that such stories are needed as well – but I hope that filmmakers can go further beyond the kilig (the feeling of excitement due to various romantic situations) and explore more of the dynamics of human relationships in arduous situations which include insecurities of ourselves and the decisions that we make to overcome the uncertainties. And that’s I think the main attraction of Unlocked the series. Each episode will give a different perspective on the relationship between people in the LGBTQ+ community and their surroundings. It aims to show the real struggle that they face as part of the community that is often considered sinful, hoping that society can see that we are all the same despite our sexual orientations.  We are all human beings who have feelings and deserve respect.

What I love the most about the series are the conversations between characters. Jerome, the writer of the screenplay, has done a remarkable job in crafting all of the dialogue, as it not only contains meaningful life lessons but also highlights the different personalities of the main leads. For example, during the dinner scene between Andrew and Brix, we can clearly see that they live in a far different world; there’s a huge gap between the two that somehow makes their relationship feel distant. However, it also reveals their proximity and yearning for a companion who they can share both the hardships and sweetness of life. Throughout the series, the conversations between the two main leads have become a pivotal aspect that leads the series to its success. Therefore, I would like to extend my sincere congratulations to the writer for his exceptional achievement in making the series, even more, captivating with his profound writings.

Furthermore, the strong screenplay was also combined with a solid performance from the actors, making the series more entertaining to watch. Both Markki and Mike, who is a veteran in the Pinoy entertainment industry, have once again proven their value as experienced actors as they’re able to bring Andrew and Brix characters to life. Having the experience of starring in several musical productions, has helped them dig deeper into the characters so that they can present an accurate portrayal of both Andrew and Brix. I remembered myself cursing at Andrew when he refuses Brix’s intimate invitation by saying that he could pay him right away if he’s in a hurry, which hurt Brix’s feelings. Well, that actually tells how good Markki and Mike’s performances were. Not to mention, they also have undeniable chemistry. Through their gazes, gestures, as well as facial expressions, we can feel their inner turmoil as their relationship moves beyond the client-customer relationship.

On the other hand, I also would like to praise Ardel Presentacion’s portrayal of Zeph, even if he has only one scene in the series. Still, he’s able to deliver effective performance on screen by cleverly using his expressions and body language to convey the frustration of his character. Good job, Ardel! I hope to see more of you in the future!

On top of that, I like how Direk Adolfo relays subtle messages about Andrew and Brix’s love story through the footage of their surroundings. For instance, the scene depicting a wall clock in Andrew’s apartment in which hands are pointing in different directions, namely Love and Desire. I personally think that it perfectly describes the budding relationship between Andrew and Brix, where both of them are calculating the steps to be taken in the future – whether to follow their heart and embrace the feeling of love or lose themselves in the in the lust and desire for temporary pleasure. Either way, I think that the scene is successful in giving more nuance and depth to the story.

At the end of the series, I find myself trapped in the beauty of Andrew and Brix’s open-ended love story, which somehow gives me the freedom to write my own epilogue to their story. Unlocked the series has reminded me once more that just like happiness, sadness is an important part of life that needs to be embraced to survive these cruel times.

Unlocked is streaming now on GagaOOlala