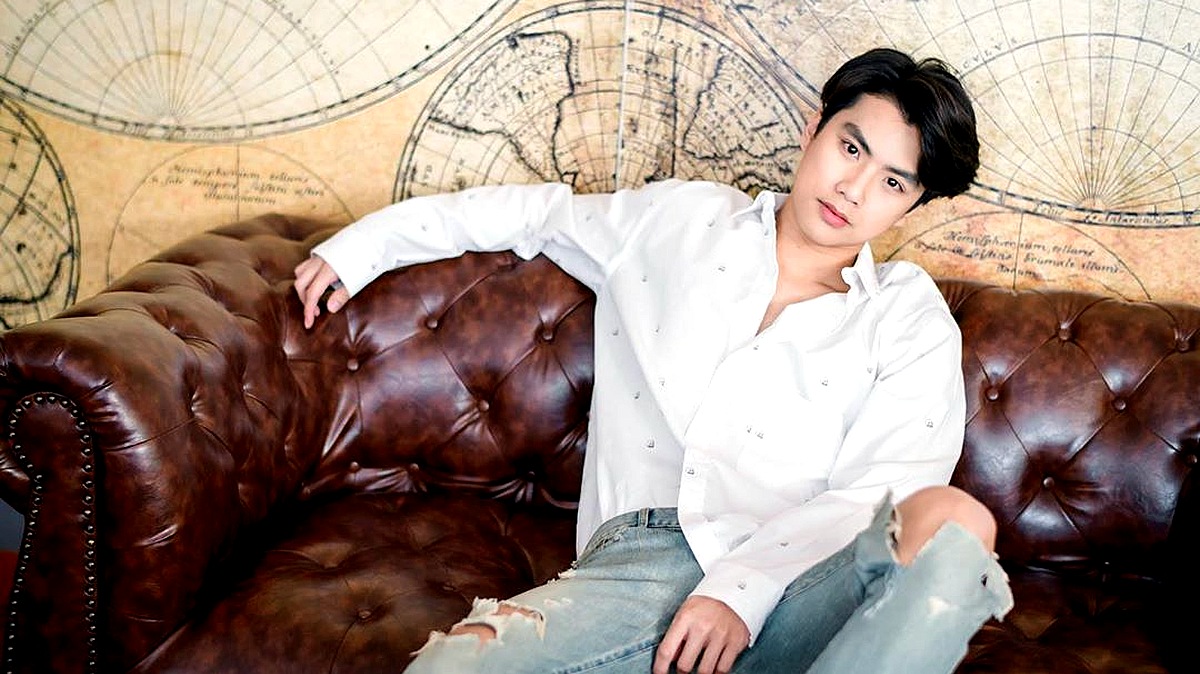 With about 20 projects to his credit, Ohm Pawat Chittsawangdee, (ภวัต จิตต์สว่างดี) is definitely a rising star. At 20 years old, he is considered an accomplished actor with both major and supporting roles (BL and standard series) to his credit. Recently, he received a nomination as a Best Supporting Actor in the prestigious Bangkok Critics Assembly Awards for his role in Dew (Let’s Go Together). He got into acting by invitation.

He graduated from high school at Assumption College in Bangkok, Thailand, and is now studying at the College of Social Communication Innovation of Srinakharinwirot University.

Born March 22, 2000, Ohm is a pizza fanatic, loves to travel, plays football and basketball – at 183 cm (6 feet), he has the height to do damage on the hoops. He is also known to play the drums and has uploaded clips on his Instagram to show his gigs he’s played. Aries are known for their volatile persona, but Ohm exhibits a charming, friendly personality off-screen.

5 May 2020 updates: Ohm’s Twitter account just announced that The Shipper will replace 2Gether The Series, once the show airs its last episode (2 more to go), which means, Ohm will have his latest drama on air middle of May 2020.

He scored big in the Make It Right (2016-2017) series as Frame, the boyfriend of a sex video scandal victim (Book, played by Toey Sittiwat Imerbpathom.) His character is said to be the complete opposite of the real Ohm.

While many have admired the lead stars, Pawat manages to steal scenes with his mischievous (yet endearing) smiles. His onscreen presence is simply over-the-top, giving the audience enough ‘chill-thrill’ factor.

In Thailand, most of the young cast who got involved in doing drama may take a semi-hiatus due to school. In the case of Ohm, he’s reported to be attending University so there may be little to no casting news in between roles. But he got it covered – Blacklist and He’s Coming To Me is like saying he’s already fully booked.

The Making It Right behind-the-scene video: The video above shows how young Ohm and his costar Toey Sittiwat Imerbpathom prepared when they shoot Make It Right. Playing a sort of sex god (Cassanova), Ohm’s character Frame is said to be a capable and experienced type of guy. It’s funny how the casting people bullseye into Ohm’s Instagram account and invited him for an audition!

He is also one of the main cast of Blacklist, a much-touted youth drama thriller series, with some of Thailand’s rising young stars.

Ohm takes on a drama assignment as the new friend of a ghost who became the object of his affection. The series (8 episodes) is entitled He’s Coming To Me (2019) opposite Singto (who plays the lonely ghost).

Here is a highlight of the drama. Just watch it! 😜

Mr. Pawat, definitely one of the best young dramatic actors working today – plays the loud and enigmatic Dew. He is a city boy thrown into a provincial setting out of duty. His Mom is a public servant and they are expected to switch places as her job requires. He has an assertive nature and his relationship with Pob becomes volatile out of his selfishness. Yet his efforts show how sincere he is in pleasing Pob. |source|

To those in doubt of his appeal, the June 2017 Attitude Thailand magazine cover and photoshoot will do the talking.