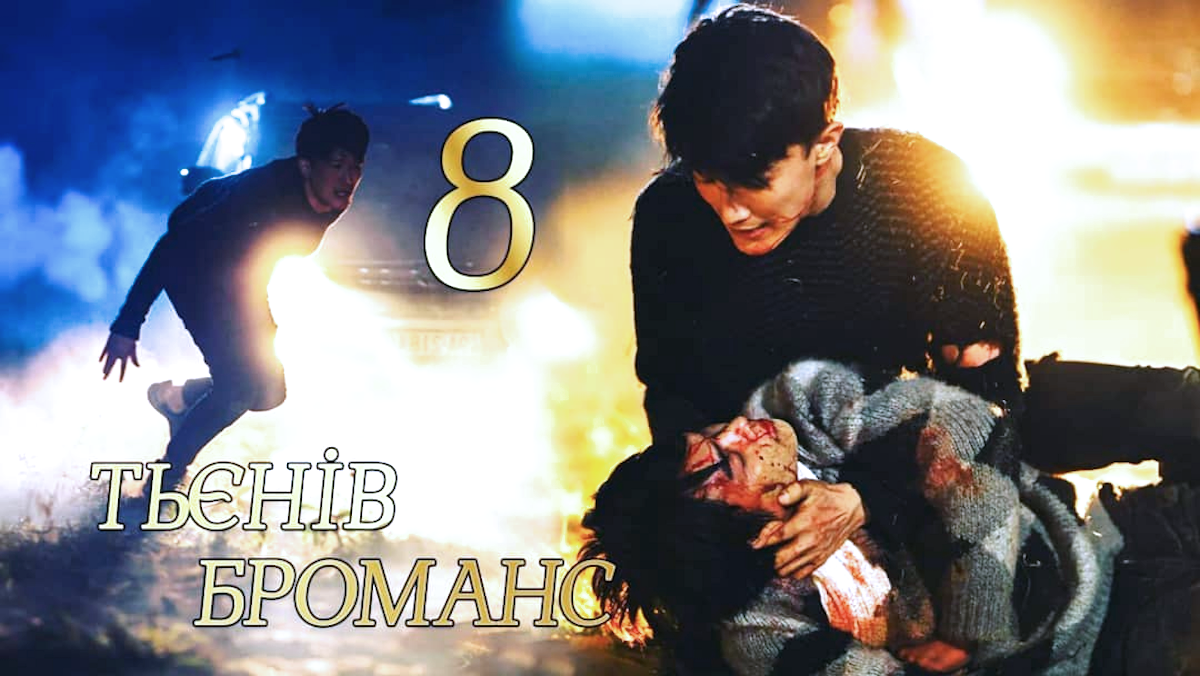 Tiến Bromance reappears with Episode 8, literally moments before the cliffhanger like a Soap Opera. The punch displaying Tai’s anger at the death of his friend destroyed Tiến’s hope of a reconciliation. Now we are caught up, and it keeps going.

Tai accuses Tiến of murdering his friend, and Tiến doesn’t even have the good sense to at least pretend he is surprised by what happened. With another set of scenes that resemble “flashbacks,” we see that the character Tai has been written into two separate scenes that he was nowhere near when originally shown. These scenes allow his character to have an emotional connection and indignation with Tiến over how he acts.

Let’s pause here, I know it’s early but hear me out. If you remember in an earlier review, I said Tiến would never threaten an innocent person’s life. The same way Tai now would never sit by and watch heinous acts in these two scenes and not confront Tiến. What started as a casual rewriting of one character has become a domino effect, and it’s now affecting the story of Tai. I personally dislike this because it’s undermining the very foundation of the show, which is Tai and Tiến’s characters and their relationship. The part that I don’t understand is the rewriting does no service to the show besides allowing this mafia drama arc we find ourselves in to play out. However, in the opening half, the one consistent thing between all the “Short Films” was their characters.

Unpause, Tai declares Tiến is the Devil and lays at his feet the fact that everyone he loves is either killed by Tiến or by being just being around him and that he came to this small town to be free of him. Here is where I myself am a bit confused. Outside of the teacher, I can’t think of anyone actually harmed because of Tiến. So my theory is it happened off-screen. Either way, Tiến says it’s not his fault, but Tai refuses to listen and leaves.

All the guessing about Tiến being a part of a crime syndicate is confirmed as he sits in that same mansion being pensive. His henchman Nghia is told to take the men and find the owner of the knife. The knife that killed the teacher is the same one used to attack Tiến in Episode 6. This fact proves the same people who want Tiến dead also killed the teacher. Where Hong fits into this, we still don’t know. Having come this far, we have no choice but to accept plot holes as they come.

Cut to a montage of the men searching the least likely place to find any evidence…the original warehouse where Tiến was chasing the assassin. Why they chose here a random site, instead of the school where there is a plethora of forensic evidence? Anyone ‘s guess. But judging from the lazy sifting around of the things in the warehouse by nameless goons, it would be surprising if they did if at the school. (Where Hong left her straw hat that probably has her hair in it….the one Tiến walked right PAST)

Tai meanwhile is sitting in his bedroom with Do sleeping off yet another dead body. Tai fans him furiously with a paper fan while still thinking about Tiến. Tiến wanders around the school, hallucinating about Tai again. It is evident his love has given way to obsession; the same suggestive smile on his virtual Tai is a testament to this. It makes me wonder if the Tai he is chasing is the man he found? Was his Tai ever real at all?

It doesn’t register to him as he stands in a banquet with other members of the syndicate. Their leader is having an anti-birthday celebration and offers in his speech all the answers we needed as to what Tiến has been doing for five years. He has been working his way up the ladder of the syndicate to stand beside the Big Boss. This means when Big Boss dies, the syndicate belongs to Tiến. Which, in my opinion, just puts him further away from Tai, who wanted a simple life.

Afterward, he becomes drunk, and Phuong offers to take him home. A watchful Nghia enjoys the scene of Phuong lifting Tiến and helping him out, which is uncharacteristic of him as he was always helpful before. On the drive, Tiến asks for headache medicine, and Phuong goes to a drug store to buy some. While she’s in the store, Tiến looks through her GPS and is gone by the time she gets there.

The episode concludes with Do bringing the personal effects of the teacher to Tai, who reads her letter. She remarks on Tiến not being the man for Tai and declares her feelings for him. Somehow her blood-smeared writing on the back is enough to get him to realize it wasn’t Tiến’s fault she died. He stands in tears to find a way to apologize to Tiến, who is standing there watching him. They embrace and hesitate on the verge of kissing but instead look at each other as Tiến vows to avenge the teacher, unaware Phoung is watching from behind a tree.

Thoughts on the episode

Episode 8 explains Tiến being the cold killer of the series. But it doesn’t explain why Tai has become so weak-willed and cowardly. It continues it’s newer, more fleshed-out narrative ignoring the first half of the series. Apparently, continuity was an option. The filming was better in this production, returning to the more focused, sharper colored production value.

Again they use not flashbacks but newly filmed scenes to examine and explain Tai’s reactions to earlier episode’s moments, which feels lazy and convoluted. I maintain if they intended these “flashbacks” to matter, they should have been included in the original airing. The ever-changing narrative undermined the earlier eps and left it hollow to me.