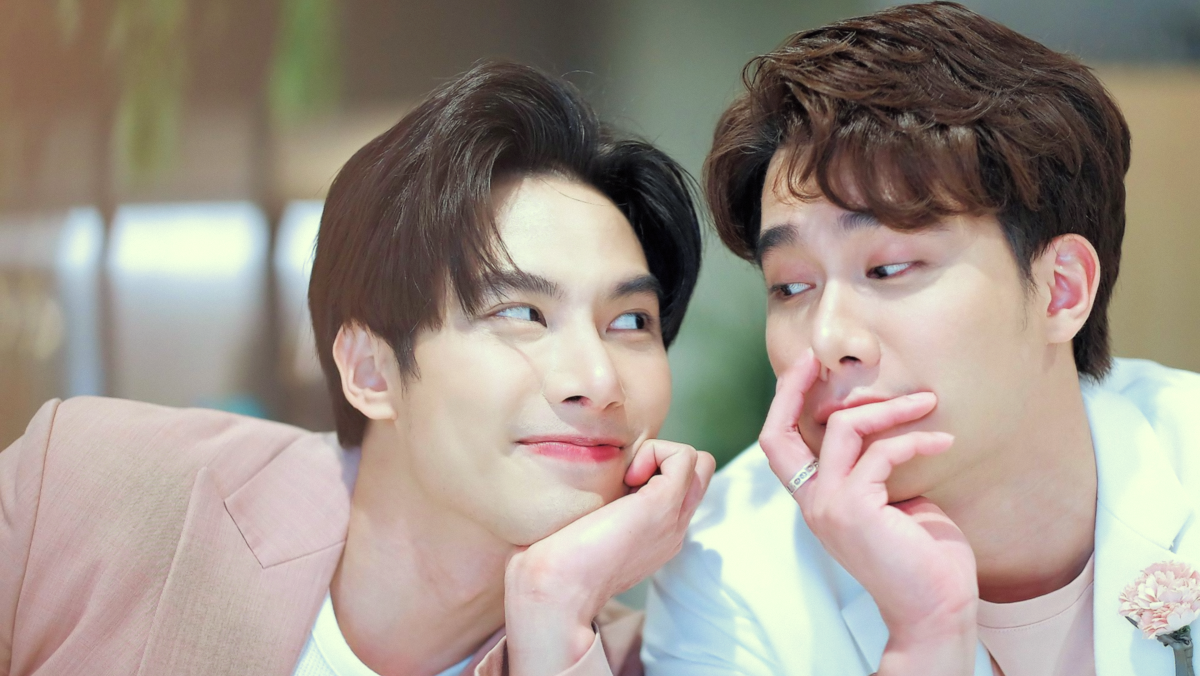 Psychomilk Talks with @Sammon_Scene, Author of “Manner of Death” Part 2

We were lucky enough to have another opportunity to sit down with @Sammon_scene, author of “Manner of Death and get more answers to more questions about the new series adaptation coming to WeTV, staring Max Nattapol and Tul Pakorn

1) While most Thai BL novels are focused on High School or Engineering College romances, your books are Thrillers targeting a more mature audience? What made you deviate from the traditional concept of the BL romance genre that is quite popular in Thailand?

It is because I didn’t recognize what was a trending concept for BL in Thailand from the start. I wrote my own BL story before I got to read my first Thai BL novel. That was the reason why my style is pretty unconventional. After I published my novel online, I received a lot of positive responses from readers, so I decided to keep this style as my own. In my opinion, adult life has a lot of things that we can use as story inspiration, which are challenging to write. I enjoy creating adult characters because they have plenty of life experiences and also exist with complex thoughts and emotions.

2)There is a great deal of anticipation about your book “Manner of Death,” which is being adapted into a drama series. Talk to us about this novel. What made you choose this subject matter?

I choose my favorite subjects from the studying I did for medical school as a theme in writing. Forensic medicine was one of my favorites. I really love the word “Manner of Death” because I like the idea that the same cause of death can be from a different manner of death. To identify the manner of death is to combine the evidence from the investigator and the body itself. Dead bodies can not speak, so what Dr. Bunnakit has to do is to listen for what the body is saying, which became a concept for the novel and also the concept of a photoshoot using #BodySays. This concept is very interesting and challenging. As a fan of suspense novels, I want to write a suspense novel to create a more diverse element in the BL genre.

3) What did you have in mind when you created the novel’s protagonist, the Forensic Expert Dr. Bhanjit?

During my rotation at a rural hospital when I was a 6th-year medical student, I met a doctor who’s an Emergency Physician. He was so mature, kind, and charming. I took his general appearance and some of his personality for the character of Dr. Bunnakit. In my mind, I wanted Dr. Bunnakit to be super attractive, smart, and sexy. Not only by his look but his intelligence and personality as well. I think that a man around 30 years of age can achieve this image very well. Plus, being successful in his profession as a forensic pathologist is an attractive character trait. That’s why I wrote a lot of details and medical terminology to create a real atmosphere of what Dr. Bunnakit was doing.

4) The other protagonist, Tan, is the ‘prime suspect’ in the case being investigated by Dr. Bhanjit. This plot element is so different from the normal detective novels where both the main leads work in harmony. Tell us more about Tan?

For the first part of my novel, the story was told from Dr. Bunnakit’s perspective. I wanted the reader to feel the same as Dr. Bunn felt in that kind of situation where he couldn’t trust anyone. I decided to use the conflict between Tan and Bunn to make their relationship more complex and interesting. Tan is a guy who hides a lot of secrets. At the same time, he has to be trustworthy, so Dr. Bunnakit could believe that he was not involved in that murder incident. He has to act tough, but actually, he is an emotional person. You can see that Tan’s character is very complex. It’s interesting to see how the actor will execute the role.

5) Why did you create this initial discord between the two main characters? What was your thought process while writing this novel?

As I’ve mentioned earlier, I wanted to build an atmosphere that you can trust no one. I thought it would be interesting if the story starts with conflict between these two characters, so readers will wonder how they end up being lovers in an ongoing story arc. I think this unpredictable storyline between them will create more excitement for readers and viewers.

6) Max Nattapol and Tul Pakorn are one of the most popular BL Couples in Thailand. Were you involved in the casting process? What vision you had in your mind for the actors portraying Dr. Bhanjit and Tan?

I did not participate in the casting for the show because TV Thunder started this project as a vehicle for Max and Tul from the start. In my vision, these two characters were in their working age, so they have to have a high level of maturity. Their acting skills should be professional enough to portray these complex characters.

7) Could you tell us how did you negotiate for “Manner of Death” to become a drama series? How did you come into contact with ThunderTV?

It began with TV Thunder planning to produce a comeback project for Max and Tul. They were looking for a story that was more mature and challenging for these two experienced actors. They contacted me, showing an interest in my Manner of Death novel. I know them, but I’ve never seen Max and Tul’s acting, so I did a lot of research on them. I think these two are suitable for Tan and Bunn because of their appearance and age. After several meetings, I agreed to sell the rights to TV Thunder. I will use my medical knowledge to help with the production as much as I can as a consultant for the series.

8) How well do Max and Tul fit into the characters of the main characters?

After seeing their performances in the earlier series, I do not doubt their acting skills. I think they can definitely rock this. After I announced that Manner of Death is going to be adapted into series, Max and Tul became more and more like Tan and Bunn look-alikes. The best thing was fitting photos. It’s like they came out from my imagination, like a 3D printing of my drawing. This is a very good thing because all of my novel fans also thought that they are suitable. Some readers said to me that after seeing those fitting photos, they could not think of anyone else being Tan and Bunn than these two.

8) How do you manage to be a Family Doctor and a Writer at the same time? Both require time and a lot of thinking. Can you tell us your secret or your routine in handling your medical and writing careers?

Writing is an activity that I use as a stress reliever. If I have a little break during my work hour, I always open my iPad and write something down. I usually have a whole story plot in my mind. All I need is the time and to make an effort to write it down. Even though I can write just a little bit in a limited amount of time, I’m constantly doing it. I keep writing until the story ends. That makes consistency one of the main keys to my success.

9) Are any other of your novels in the process of being adapted into TV series? If yes, please share more details about them?

Three of my novels are in the process of consideration, but nothing has been confirmed yet. I will update it in my Twitter account if my other novels are confirmed.

Thanks so much Sammon, for taking the time to speak with us again!