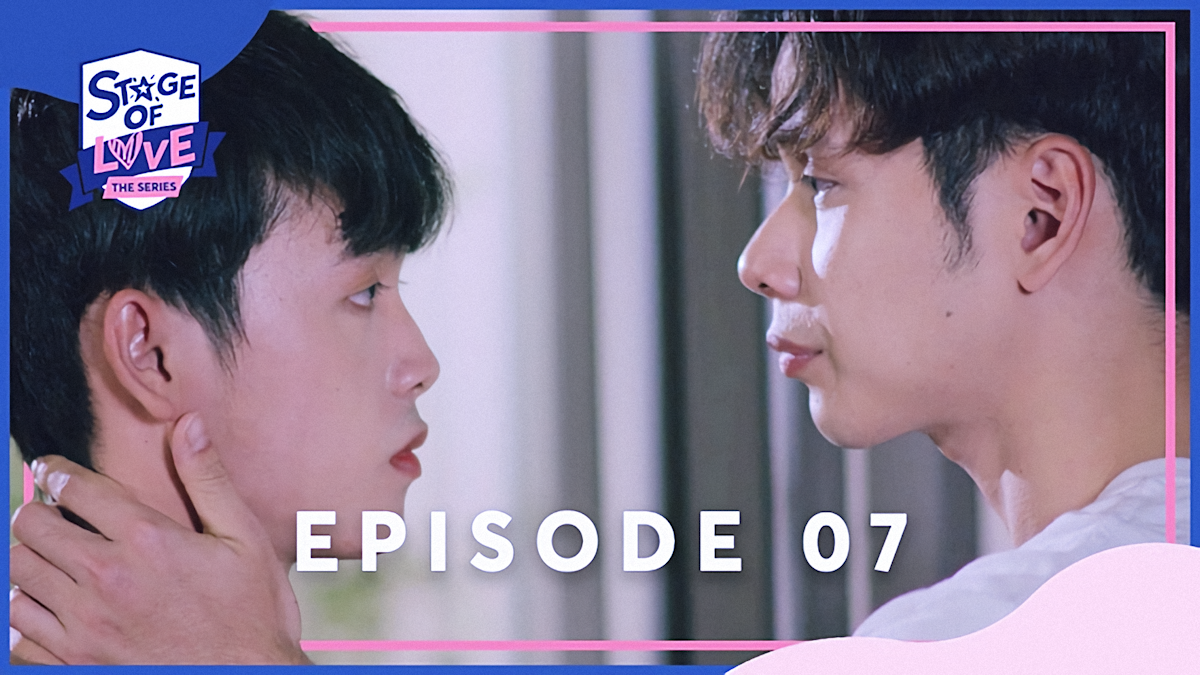 “The Friendly Guy Next Door is NOT SO Friendly”

These were my exact thoughts while watching the current episode. Shocking revelations tumbled out of the basket, and we finally learn the truth behind Duc’s injury. His disposition as a sweet innocent guy is far from his evil thoughts. Duc seems to stick to the adage “Everything is fair in love and war.” The only setback is that he targeted the wrong person last time. Duc has finally figured out who the true object of affection is, and I’m actually afraid of thinking of the consequences.

Nguyen, on the other hand, is repenting for his actions and trying hard to sway Bao’s stubborn heart. Let’s review Episode 7 and figure out how many ships sailed.

Nguyen apologizes to Bao for being rude to him. He explains that since his love is one-sided, he didn’t want Bao to face the consequences. Nguyen accepts that he decided to stay away from Bao so that the others will stop mocking Bao. Bao seems unaffected and offers thanks to him instead. Nguyen resolves that he will henceforth show his love for Bao through his actions and redeem his mistakes. While they are talking, Huan watches from a distance with a crestfallen expression.

Khanh has a meeting with her junior Drama Club members about their next performances. They have been allotted the third place, and the whole group is overjoyed. Khanh, however, addresses the shortcomings in their last performance. She gives her opinions about adding new concepts and urges them to do better than their last performance. The group wholeheartedly agree and promise to try their best.

Little sisters can be a real pain in the ass, but they are also quite useful when it comes to solving problems. Hy is feeling miserable and shares his worries with Linh. He has an important basketball match on the same day as Khanh’s stage play. He feels useless because he won’t be able to attend the stage play. Linh assures him that Khanh is mature enough and will understand. If he can’t explain in person, then he should probably message her. Hy agrees, and as usual, they bicker like typical siblings.

Khanh is preparing her lesson plan when Duc gets her a water bottle. He acts worried about her health and assures her that he will always help her. Just then, one of the members calls out to Khanh. As she leaves to help them, Duc notices a new text message on her phone. He picks up her phone and notices Hy’s message. It is then that he realizes that Khanh likes Hy, not Nguyen.
We finally learn the truth behind the “Incident.” Duc was assuming that Khahn has feelings for Nguyen had exchanged the plastic sword with a real sword. He got himself injured knowingly so that Nguyen would back off from the stage play. He wanted to grasp the opportunity to play the role of Romeo with Khanh instead. In the present, Duc confesses that he was the one behind the video leak too. Just then, Van Ahn walks in and informs Duc that their Professor is searching for him. She is obviously suspicious about him, but she hides her expression from him.

A group of bullies assaults Bao on the campus. They pour water on his uniform and hurl abuses on him. Nguyen reaches there on time to save Bao and makes them apologize to him. As they leave, Nguyen takes off his own shirt and offers it to Bao. Later, Nguyen follows Bao around like a lost puppy. Bao gets irritated. But Nguyen just adorably replies that he wants to keep Bao in his sight. Huan arrives and is worried about seeing Bao all wet. He assumes it is because of Nguyen and moves forward to hit him. Bao stops and accepts that Nguyen helped him. Huan still drags him away, and Nguyen gets jealous at seeing them so close.

Khanh is discussing possible changes in their next play when Bao suddenly feels dizzy. He keeps swaying, and Khanh asks him to take a day off to rest. Bao complies and leaves. Khanh ends the meeting, and the whole group leaves too. Just then, Duc walks and starts questioning Linh about her brother. Not knowing about his treacherous intentions, Linh informs him that Hy is a basketball player.

Khanh is waiting for Hy. Hy hesitantly talks to her about his match being scheduled on the same day as her play. But Khanh wishes him luck and apologizes for not being good support. She starts crying because she can’t give up on her responsibilities to the Drama Club. Hy assures that he loves her nevertheless, and they both share a sweet moment.

Bao is suffering from high fever. Just then, he receives a call from Nguyen, who is waiting for him outside. As Bao rushes outside, Nguyen steps in and checks his forehead. Nguyen bought him a home-cooked meal and urged him to take his medicines. Bao questions Nguyen on turning up suddenly with the food. Nguyen replies honestly that he knew Bao would fall sick. He asks Bao if his parents know about his fever. Bao grows nervous and brushes off his concern. Nguyen talks to him about his late father and how much his family suffered when his father passed away. He assures Bao that from now on, he will never keep any secrets from Bao. Nguyen is hoping that one day Bao will trust him with his secrets in the same way.

I’m glad that Nguyen has finally come to terms with his own feelings. The constant to and fro was giving me anxiety. But his conversation with Khanh and his mother has settled his worries. He is ready to take responsibility for his actions and will do everything to win back Bao’s trust. Although he does things without thinking about the repercussions, the one thing I admire about Nguyen is his ability to accept his mistakes. We spent a lot of time giving leeway to our ego and, in the process, lose sight of the most important things in our life. But Nguyen isn’t so egotistical like that. Once he realizes his mistake, he takes immediate measures to set things right. I’m hoping that Bao forgives him, and they finally come to a truce.

Duc was absolutely a surprise package for me. Although I had my doubts in the initial episodes, Duc managed to sway away from the allegations with his sweet demeanor. Duc is certainly very good at masking his emotions. I could have never imagined that he would actually injure himself to remove Nguyen from the play or record Nguyen’s love confession to humiliate Bao. He planned everything to destroy Nguyen’s reputation without realizing that Hy is Khanh’s boyfriend. Now that he has finally learned the truth, it’s obvious he will target Hy instead. How will this affect Hy and Khanh’s relationship? Will they fall apart or grow stronger together?

Bao’s anger is slowly melting away, when faced with Nguyen’s persistence. Nguyen standing up for Bao as well as taking care of him, is a sure testament to his true affections. Nguyen has realized his mistakes and is willing to do everything to win back Bao’s trust. They sure make an adorable couple. Bao has certain trust issues stemming from his problems with his parents. So, the next episode will surely be an eye-opener to Bao’s inner turmoil and how he faces the predicaments. Will Nguyen get his Happily Ever After with Bao?