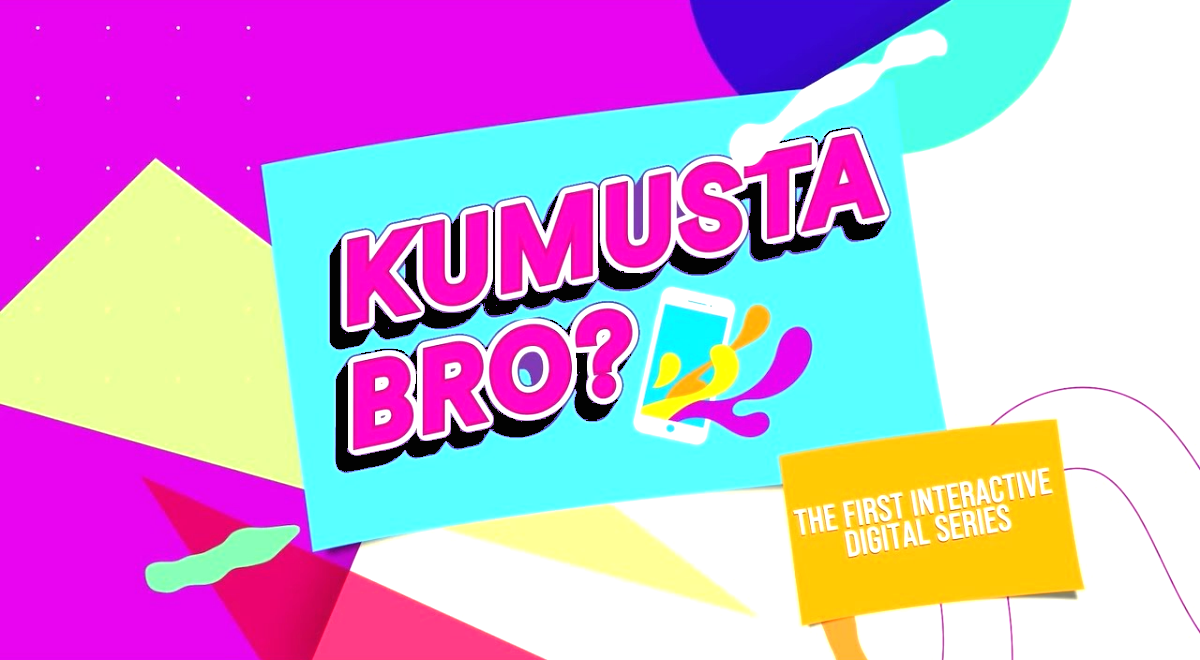 What happens when the best minds in the Pinoy Industry get together to give us the “The World’s First and Only Interactive BL Series.” Endless possibilities and a fluffy storyline with lots of kilig! Kumusta Bro is an ambitious project spearheaded by Firestarter Productions along with the Filipino Live Streaming Platform, Kumu to live broadcast the romantic interactions between their main leads, while the Kumunity (a community of powered by artists, educators, and everyday Filipinos, paid to become a live streamer and win cash prizes by playing live games) decide their fate. Sounds interesting enough?

The show features some fresh faces who are undoubtedly popular and bring a new perspective to the Pinoy BL fandom. Directed by Real Florida, Kumusta Bro is broadcast live on the KUMU app at 9:30 pm every Monday, and the encore episode is uploaded onto the Firestarter Official YouTube Page, on Tuesday. As the pilot episode premiered, the anticipated show tried to set a precedent. Whether it tipped the scales to his favor or not has yet to be seen. The Pandemic is certainly an invariable element in most Pinoy BL dramas, and Kumusta Bro heavily leans on using their interface to bring together two individuals who are defiantly opposite. But opposites tend to Attract, right? Let’s delve into the storyline and learn the intricacies.

Thirdy, a popular live streamer on Kumunity, is back online after a short hiatus. One of his ardent fans Superfangirly requests to co-host the party and tags her friend along. Only the said friend turns out to be Thirdy’s old college mate, the handsome hunk Bench. The first episode, “Tropa meets Cute,” is essentially their conversation as they discuss life during the Pandemic and share their problems. The twist comes when Superfangirly joins the “live” later and probes both of them to accept the “Virtual Jowa Challenge.”

Watching the encore episode certainly feels lacking because you are robbed of the experience to enjoy their live interaction. Yet, it’s palatable because the encore has English subtitles, which are important for international audiences. My only complaint is that although the encore episode is uploaded every Tuesday, the subtitles are made available on Saturday. Waiting for a whole week isn’t exactly my idea of fun, so I’m hoping that Firestarter Productions will work on getting the subs added earlier. The pilot episode seemed introductory, and to be honest, it kept dragging a lot. I would have preferred if they shortened the period time and focused more on the main lead’s burgeoning relationship.

Sky Quizon certainly makes a fresh start. When the episode starts and Thirdy is introduced, I had my concerns that Thirdy might end up being a clone of Cairo from Gameboys the Series. But that thought was swiftly squashed, as Sky breezes through his performance and made the character his own. Although he did flub initially, Sky matches up to a live streamer’s characteristic slang, and the character is totally different from Cairo. He is more open and honest in his interactions with both his fans as well as his apparent love interest, Bench.

Bench, on the other hand, is handsome. I can’t believe he actually logged into a live interaction shirtless, giving the poor Superfangirly a heart attack. Kristof Garcia adds a certain charm to the character. He is handsome and unabashedly unapologetic about breaking hearts. He’s also flirtatious, and almost too hot to handle. In short, he does justice to his role as a Varsity Basketball Player. I love how both of them own their characters and add a certain flavor of their own.

With that being said, their interactions are hilarious as well as topped with sexual tension that Bench unwaveringly throws off. Their joke about the culinary delight Turon is obviously off the lane, and the sexual innuendos are quite clear. Although Thirdy considers Bench a womanizer, he is also proud of Bench’s basketball achievements. They have this odd dynamics where they love to tease each other but are also simultaneously supportive.

Thirdy is essentially going through a hard phase because of the Pandemic, as well as the recent heartbreak that he suffered. As well, Bench might seem the quintessential playboy, “a Casanova who will steal your heart and break it into pieces,” but that’s the mask he wears. Underneath the flirty exterior, he is kind and caring. The facade melts, when Bench patiently waits for Thirdy to share his problems and promises to be always there for his friend. He also advises Thirdy to move on from his past relationship and to stop clinging onto the old memories.

Another aspect that I loved about Thirdy’s character is the sheer honesty with which he accepts his shortcomings. He has been suffering from anxiety attacks and is also worried about his family, but that doesn’t make him pessimistic. He is positive about bouncing back, and the show’s producers did us a favor by highlighting the depression that everyone seems to be facing because of the ongoing Pandemic. Life isn’t always black or white, we do have gray shades, and that’s what makes living worthwhile.

Although the episode did drag at certain points, the surprise elements surely make up for the lag. The Kumunity is a part of the entire episode, and it is interesting to watch them vote as they help our co-hosts with major decisions. I’m also a huge fan of Superfangirly, who makes guest appearances and supposedly is the catalyst that might spearhead our main lead’s blossoming relationship. How that will happen is a surprise package and will become apparent in the upcoming episodes. “Virtual Jowa/Virtual Partner Challenge” sounds exciting, and I’m looking forward to watching it, and how it shapes up our adorable main lead’s romance.

Thirdy and Bench are on the opposite sides of the tandem. Thirdy, although popular, is quite shy when it comes to matters of the heart. Bench, on the other hand, is completely shameless and will use all tricks to win a challenge. Superfangirly’s deal is either going to bring them closer or send them apart. It would be intriguing because although Bench identifies himself as straight, he is the first one to accept the challenge readily. What could be his angle to play the deal? Loneliness, or is he genuinely intrigued by Thirdy?

Keep watching this space as we bring you further updates on this interactive BL saga that is surely going to win your hearts!