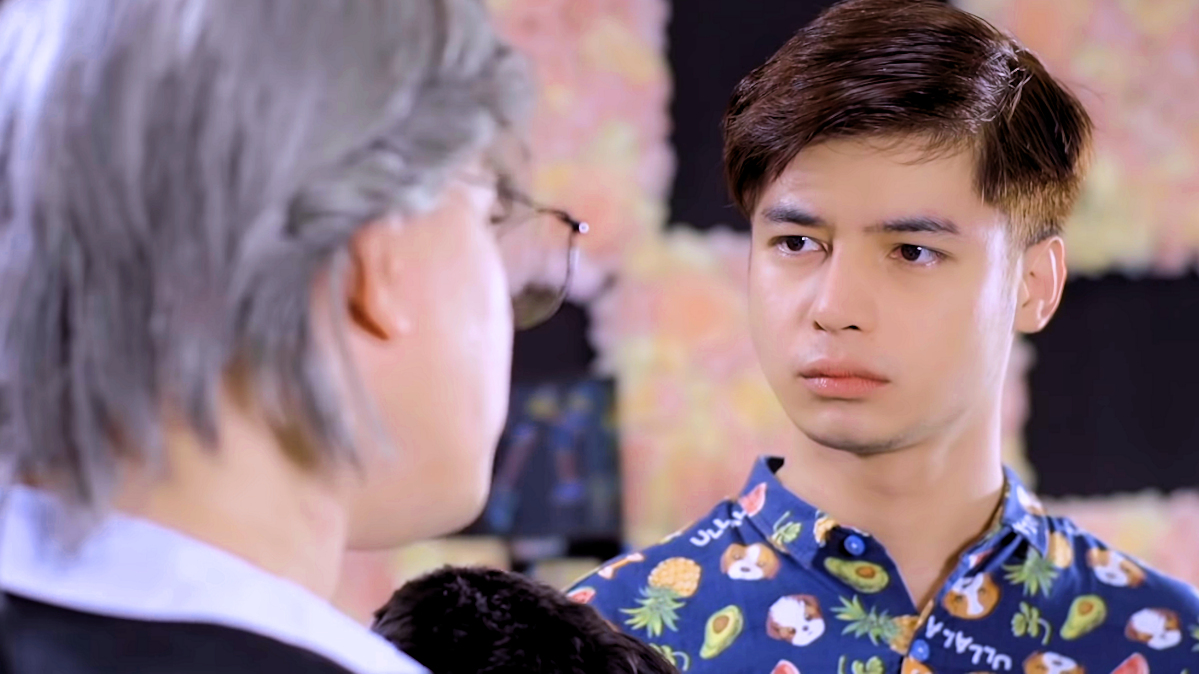 My Day the Series – Episode 3 [Review]

I had low expectations going into this third episode. I feared that I might be giving a lower review score than last week. I am happy to say that is not the case with this week’s episode of My Day. So I hope for all of you watching along with me that you were pleasantly surprised as well.

We start off with Sky’s family. It’s a bit of a mixed bag this week. To the good, I felt the warm dynamics at play immediately when Sky’s mother scolds Ken, Sky’s brother, for being lazy and not cleaning the kitchen. This rebuke is such a mom thing to do. It’s familial and comfortable. There is love in being scolded by your mother. She cares enough to tell you off when you aren’t doing the right thing.

Here comes the meh. Sky is sleeping late, feeling the sadness and frustration over being fired by Ace last week’s episode. His mother comes in to check on him. Here’s an issue I have with the dynamics. Downstairs, the bond between mother and son was readily apparent. However, here the words are warm and comforting, but the feeling isn’t behind them. They might as well be two strangers engaging in pleasantries. There is no warm hug or a comforting gesture. I wish the actors had taken the time to work on the familial comfort level together. As it is, they don’t really feel like mother and son to me.

Let’s talk about the shift in characters’ behavior this week. We’ll start with the good. We have Ms. Becky, whom I have not shied away from actively criticizing. This week, the actor toned her down a notch. Honestly, I grew to like her a bit in this episode. She shows her maternal side to Ace, scolding him and reminding him to forgive others. There is warmth in her expressions, and you feel her tenderness for Ace and the loneliness he endures constantly. One unexpected scene is a warm one between Ace and Ms. Becky. It’s pretty clear that Ms. Becky has a strong maternal effect on Ace as there is some motherly counseling on her part to Ace and the result is actually pleasing to see.

The next major personality shift is seen in Ace. The scriptwriters decided this character needs to redeem himself this episode. Maybe the talk with Ms. Becky was transformative, however, it’s like they decided to give him a personality transplant. Before, he was a lazy, mean, arrogant jerk who only cared for animals, not people. This episode, he’s issuing apologies, taking care of people around him, being vulnerable in front of others. It took me a few minutes to get over the whiplash his about-face caused.

Once I took a few minutes to get adjusted to the shift, I began to actively like him. I didn’t think that was going to be possible. He started treating his employees nicely, bonding with Sky, who also issued an apology on behavior. Character growth for both of them was nice to see. Another character was introduced to the series, another one who is missing from Ace’s life. Apparently this person far away from Ace, and is unable to be a part of his life. As a character exposition, it’s shown where this person has a discussion with the all-knowing Ms. Becky, in order to deepen our understanding of the life that Ace leads.

Now to the bad aspects of the show. Once again, we see Moira. I don’t like her. She insulted his family and ignored him for many days. Why would Sky waste his time, energy, and money on a bitch like her? Sorry. I call it like I see it. Her character is just mean and nasty. So why is he dating her? It makes no sense. The character at this point is so one dimensional. She feels like a Disney villain, but truly that’s doing a disservice to Gaston or Ursula. At least they have reasons for behaving the way they do.

We have a new disagreeable character introduced this week. This new character has a hysterically bad comb-over resembling straw and is meant to be a snooty French pastry chef, which would be fine if I thought this man had any idea of what he was saying. The actor’s performance was so wooden, I’m surprised the other characters didn’t get splinters. If they make him say one more line about rules and regulations, I don’t know what’s I’ll do, but it won’t be pleasant. Please don’t let this horrifically boring man be a major player in the show. He’s meant to be someone we laugh at, but he’s not funny at all, or interesting.

And lastly, we have our meh. I will say that Jelai’s character has started to shift into meh instead of actively bad. He makes a few remarks about Jam, his ‘baby boy,’ but seems to have toned down the predatory vibes from previous episodes. The extra flamboyance gives way to a softer and more realistic Jelai. Then we have the other two characters who remain in this category. Jam and Kate appear in scenes where I wonder if they are even needed at all. The relationship between Kate and Ace still remains acquaintance-level awkward. And Jam is still bumbling around looking for direction. I hope they give these two more motivation, back story, or some defining features to help them find their place.

This week is the best episode so far. However, we’ve still a long way to go. I am hopeful the quality increases each subsequent episode. I like to see the growth going in a positive direction. Y’all let me know what you think.