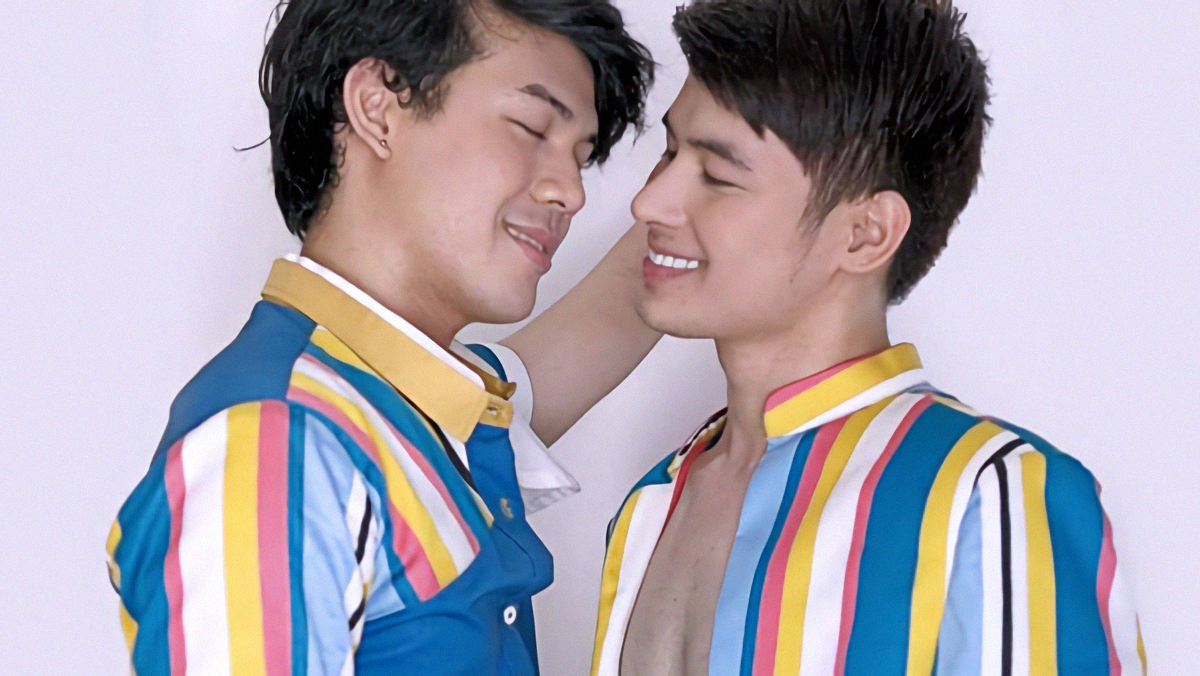 My Day the Series – Episode 4 [Review]

We start out where we left off, with everyone excited to go on an outing. At the last minute, Ace and Sky realized they were about to leave their girlfriends behind. That would have made for an awkward conversation (albeit interesting). We were too excited to go on vacation together, so we forgot you guys. Oops, sorry. 😁

We see them driving to their destination, and I’m already confused. Why would Sky be sitting up front with Ace driving while the girlfriends sit in the back seat with Jelai and Jam? Wouldn’t it make more sense for Kim to sit next to her boyfriend, leaving Sky and Moira to sit together? Four other employees are going on the trip. Wouldn’t it make sense to divide the cars into groups of five, instead of six and four? Just my logical brain rearing its head again.🙄I forgot logic and this show aren’t friends most of the time. 😁

Moira is once again a raging bitch that I can’t stand. She complains about being hungry, yet wants everyone to go through a drive-thru just for her food when they’ve agreed to stop at a restaurant to eat. Who is a weirdo who orders spaghetti from a drive-thru? Is that a cultural thing? I can’t imagine trying to eat spaghetti in the car on a road trip. I’d end up wearing half of it.😁 Moira makes Ace pay for it because she’s conveniently forgotten her wallet. Ugh. I really hate her character, and I don’t understand her appeal at all. At least Kim is agreeable and maybe even a little cultured.

This leads to one of the funnier moments in the show. Yes, it’s over the top in terms of camp, but I had to laugh – I couldn’t help myself. These workers crack me up, especially with their assumption that the two boys are a couple. They are sitting next to each other, but why else would you assume that? Either way, it makes me laugh because neither Ace nor Sky are offended by the suggestion. Sky asks them, “Miss, Are we a good match?” 😁 Moira has to pipe up to put them in their place and let them know she’s the girlfriend. You can see the disappointment in their faces. Too cute.

When we get to the resort, the owner comes out to greet them. There’s not much to mention here, but I had a good laugh at the sign by the front door. Is the problem as illustrated such an issue it has to be addressed in the sign? 😂😂

I don’t want to go into spoiler territory, but I have something to say. I feel that there is too much exposition in this show. Ace is talking business with the resort owner/chef. The conversation is superfluous – maybe Ace is just showing off. It doesn’t move the plot forward or advance the characters in any way. They did this with another scene with Ace’s dad and Kim’s dad. It was boring, stilted, and delivered in a wooden performance. The conversation could have flowed better to show a more personal interaction between the host and Ace’s team. It was all a setup for someone to ask about them being a couple again. I still don’t see it yet. They seem friendly to each other, but not any closer than that (yet).

There is another drawback, and something strange that happens in this show. There are two characters I swear I’ve never seen before going along for the ride in a separate car and are acting like they are employees of the company. Who the hell are these characters? Do they have names?  ….they have no dialog, and it seems so weird when they show up and act as they’ve always been there. I had to go back and search for them. I found them in episode 2 during the cake making training session where it appears they are chefs in charge of making the cakes. I say it appears because they aren’t introduced at all, their names aren’t mentioned, nor the position they hold. I can only infer their position as they stand back to watch the others with their arms behind their backs. Other than that brief segment, the two aren’t seen again until the company trip. Why are they in these scenes? Do they need numbers? Did they feel like it would be uneven without them? I have no idea. We will have to wait and see if they are important to the show. Come to think of it, maybe their just “extras.” Who knows for sure?

We have the team-building games segment, which is really cute. Of course, it’s a setup to get Sky and Ace closer together, and it does the job very well. I can’t help but smile at the funny and happy moments as they play games on the same team.

I enjoyed the relationship development in this week’s episode. We see Sky and Ace together, interacting more. The walls are coming down between them as they forgo the boss and employee relationship during the team-building exercise. The personality transplant Ace underwent off-camera appears to be holding, so he’s pleasant and kind instead of overbearing and arrogant. Their chemistry is good together. The cliffhanger is trite, but it works.

(Read this quick, I may change my mind at any time) I look forward to seeing what happens next week. That’s hellacious progress. 😁

Thanks for sticking with me people. Let me know your thoughts….is it better?  💕- Jen