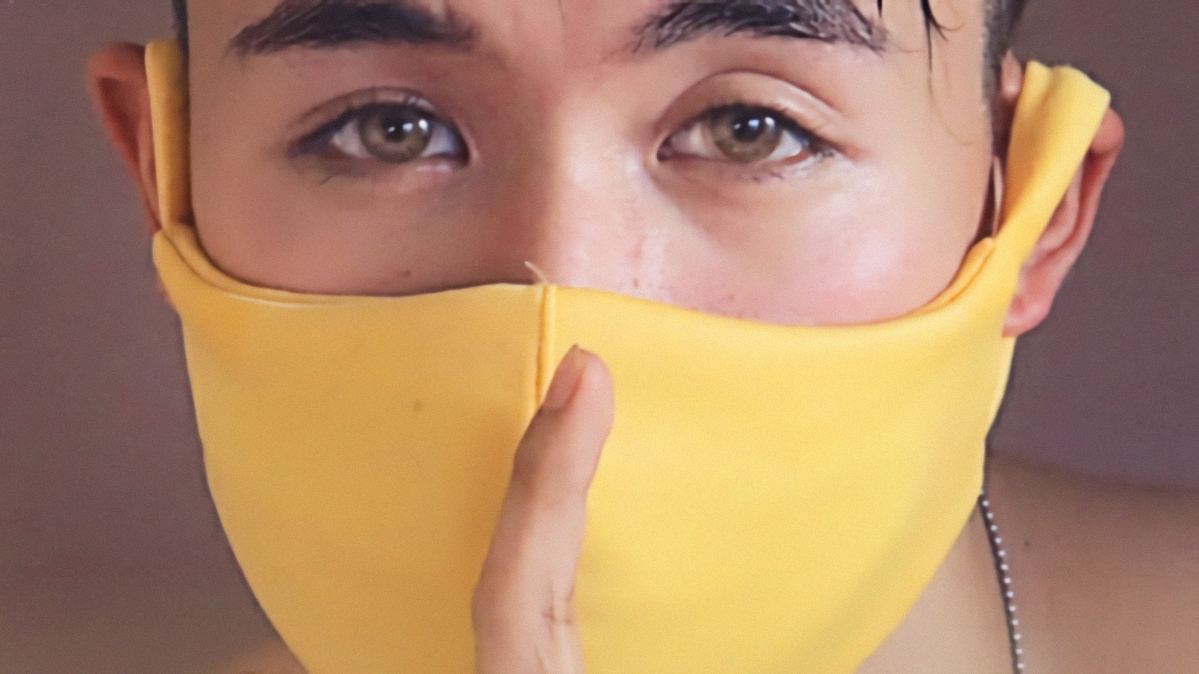 Following the release of Truly Very Yours two months ago, J.ACE TV is back with its newest digital BL series, Hook Up the Series, which aims to give a fun and entertaining show to viewers during the quarantine. The still homemade series tells stories of Lee and Henry, two young boys who wish to ease their loneliness amid the pandemics by finding friends (or maybe potential lovers) through an online dating application. As their budding relationship grows closer in each episode of the series, viewers are invited to take a closer look at the online dating world that has become a new trend in this modern era, but on the other hand, also arouses the suspicion of many people. Through Lee and Henry’s love journey, viewers hope to get the answer to a question that has been bugging them forever: Can we really find love through the digital platform?

The center of the stories is the character Lee, portrayed by Marky Erasga. Lee is experiencing turmoil about his true identity. During the journey to find his true self, Lee meets Henry through an online dating application. As their relationships grow closer, Lee has to make a tough decision to give clarity to their status.

Henry Bautista, who is personified by JC Lopez, is the love interest of Lee. He develops a playful personality to camouflage his lonely heart. Since the first virtual encounter with Lee, Henry knows that there’s something special about the boy whom he meets online that intrigues him to win his heart.

Dana Rampas portrays Des, the best friend of Lee. She is a beauty vlogger who has a bizarre personality as she likes to tease Lee but at the same time is ready to support him nonetheless.

Hook Up the Series follows the story of a young boy named Lee, who is having an identity crisis. He is confused about his sexuality as well as facing difficult times to figure out his preference when it comes to romantic relationships. To ease his frustration, he decided to try an online dating application, which he thinks can lead him to the answer that he’s been looking for. With the help of his best friend, Des, Lee embarks on a journey to discover his true self. But, will he succeed?

Hook Up the series is quite promising if compared to Truly Very Yours – the first BL series from the same production- that is rather lacking both in the acting and writing department. The storyline offered in the latest series of J.Ace TV is more intriguing as well as closely related to the targeted viewers’ life. Which  in my opinion leads the series to more popularity than the previous one. In addition to that, I’ve noticed a significant improvement in Marky’s acting skill, particularly in the way he expresses the emotions of his character. Well, there are times when his facial expressions still feel too exaggerated, but it has lessened if compared to his first performance in Truly Very Yours. Good job, Marky!

What bothered me the most in this series is actually Des characters, the so-called best friend of Lee, our main lead in the series. Seriously, I can’t stand their conversation in the first episode where Des is forcing Lee to come out as gay. First of all, that’s not how a best friend should act in helping your confused friends. And secondly, no matter how close the relationship is, we never have the right to outed someone. Thank goodness that in the following episode, she finally realized her mistakes and apologized to Lee (otherwise, I’m going to be berserk). Nevertheless, I still think that Des’s character is a bit confusing. I’m having a hard time analyzing her intentions most of the time, is it to support his best friend or merely just having fun teasing him. And honestly, her character doesn’t add nuance to the storyline. I would rather see more interaction between the main leads or maybe a background story of them than seeing her interaction with Lee.

On the other hand, what I found compelling about the series is the chemistry between the two main leads. Their interaction is cute and quite convincing since the very first time of their virtual encounter. I also enjoy the progression of their conversation; those blurry jokes that they throw to each other are fun to follow. And surprisingly, I kinda like the way they put together Lee and Henry scene into a sort of ‘dirty’ scenes in the second episode. I remembered laughing so hard seeing that scene. Plus point for creativity there! Well, I’m looking forward to seeing more of their interaction, and hopefully, in this series, we can see both of them meet in real life (of course by following the health protocols).

All in all, I’m quite enjoying the series. Although it is still too corny and cheesy for my taste, the execution is actually better than the previous series. And I’m excited to find out more about Lee’s true identity, because apparently his full name is Mark Lee Rivera, and it reminds me of the main lead in Truly Very Yours, which is also portrayed by Marky. So, I kinda feel that there’s a link between this series and the previous on. Hmm… let’s wait and see!